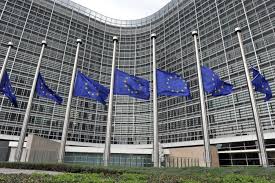 The Government is behind the schedule with implementation of the majority of measures from the Action Plan for Chapter 23 – Judiciary and Fundamental Rights related to public procurement.

The third reporting period on the implementation of measures from the Action Plan for Chapter 23 does not represent an exception when it comes to failing to adopt the amendments to the Law on Public Procurement, since the Bill was adopted by the Government on July 17. The deadline for fulfillment of this obligation was set for December 2013. The Draft Law on Amendments to the Law on Public Procurement does not contain any core recommendations from the Action Plan for Chapter 23, like the one related to introducing adjustments to the manner of appointment of the president and the members of the State Commission for the Control of Public Procurement Procedures, nor the one entailing introduction of negative references for the bidders who have previously violated their contractual obligations.

There was no advancement in developing risk analysis methodology in performing control activities, which is aimed at enabling proactive action in prevention and early detection of corruption. The Working Group tasked with establishing the aforementioned methodology was formed on March 14, 2014, and so far held only one meeting.

The deadline for increasing the number of authorized officers from one to three, as well as increasing the number of inspection controls, was set for January 2014. However, in the Inspection for Public Procurements of the Administration for Inspection Affairs there is still only one inspector conducting supervision in this area. During 2013, public procurement inspectors have conducted only 84 inspection controls.