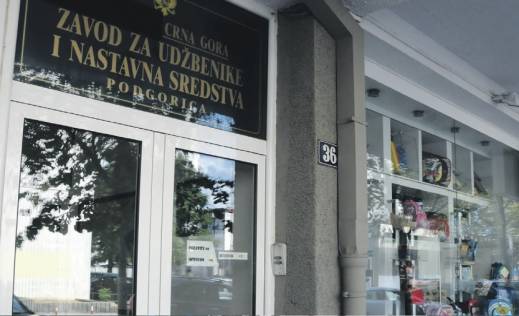 The Parliamentary Committee on Education, Science, Culture and Sports failed to support the initiative of MP Srđan Perić to hold a control hearing of Minister of Education Slavoljub Stijepović about the situation in the publishing industry, in light of the findings presented in the Report of the State Audit Institution (SAI) on the audit of the 2012 Yearly Financial Report of Institute for Textbooks and Teaching Aid.

As a reminder, the Report on the audit of Institute for Textbooks and Teaching Aid contains some of the most serious critical observations and remarks ever made by SAI so far. Thanks to the SAI Report, we are now informed about serious financial mishandlings in the work of Institute for Textbooks and Teaching Aid, including more than three million Euros incorrectly presented in the Financial Report for 2012. Furthermore, SAI has found that the Institute violated numerous laws and internal regulations, including Law on Public Procurements, Law on Public Internal Financial Control System, Labour Law, etc. According to SAI estimates, uneconomic business operations of the Institute led to financial irregularities amounting to more than half of million Euros, with more than 850 000 Euros in the area of public procurements only.

This has led SAI to express conditional opinion on the Financial Report of the Institute and a negative opinion on compliance with regulations and business efficiency.

However, in spite of all the facts presented, the Committee on Education, Science, Culture and Sports found that the hearing of the representative of the Ministry in charge is unnecessary and rejected the initiative for the control hearing.

We ask the MPs who voted against the initiative of MP Perić what else, besides negative opinions and remarks presented by the SAI, was necessary to occur in order for them to become interested in the work of the consumer unit they are required to supervise? In addition, who else will deal with this issue if the Parliamentary Committee in charge failed to see it as worthy of control hearing?

Unfortunately, for too long have parliamentary committees had the practice of ignoring SAI reports on the subjects of their supervision. This is why the parliamentary oversight of the budget is underdeveloped and, in some cases, nonexistent.

Besides the Security and Defense Committee and the Committee on Economy, Finance and Budget, no other parliamentary committee dedicated a special meeting to discussing a particular SAI report.

This practice needs to stop and parliamentary committees have to start using findings of SAI as a tool for exercising parliamentary control of the budget. If SAI reports are not read and used by MPs and representatives of other monitoring bodies, there will not be much use of them.

We consider yesterday’s dismissal of initiative of Positive Montenegro devastating for the Parliament. We urge the members of the Committee on Education, Science, Culture and Sports to get this issue back on the agenda and to hold accountable those responsible for violating numerous legal provisions and for financial mishandlings detected in the work of institution over which they exercise supervision.