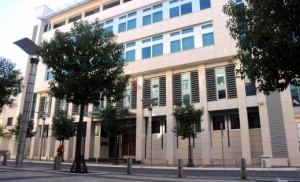 The announced revision of the Action Plans for Chapters 23 and 24 should not include mere changes of the deadlines, but also provide substantial improvement of measures, activities and indicators. Regardless of the scope of the revision, the Government should put drafts of the revised Plans on public hearing.

Following the publication of this year’s Progress Report by the European Commission, Working Groups for Chapters 23 and 24 will begin the process of revision of Action Plans for these Chapters. It remains uncertain whether these changes will only include setting of new deadlines or involve substantial improvements. The first year of implementation of Action Plans in the area of judiciary, fight against corruption, human rights, and security is characterized by numerous challenges that are reflected in inability of “measuring” progress in certain fields due to poorly defined indicators, as well as a high level of unrealized measures, poor coordination and reporting. Furthermore, solutions and measures are significantly modified during implementation, and this does not generate significant progress in the reform process in practice. Due to all these problems, it is necessary to significantly improve the Action Plans for key chapters in the negotiation process, as well as determine precise responsibilities and performance indicators.

However, regardless of the extent of revision of Action Plans for Chapters 23 and 24, it is necessary to enable stakeholders to influence their improvement in a transparent process within the framework of public hearings. It is necessary to organize consultations with civil society representatives within the time frame envisaged by the relevant regulations, and not just for six days, as was the case when drafts of the Plans were put on “public hearing”. Although significant amendments to the Action Plans need to obtain approval of the member states of the European Union, this should not cause slowdown in the negotiation process, because there are no obstacles to proceed with the implementation of activities under existing Plans.