Institute Alternative agreed to establish the network entitled “Our Administration”, together with its partners Centre for Investigative Journalism from Podgorica, Bonum from Pljevlja, New Horizon from Ulcinj, and Natura from Kolašin.

Hereby, the implementation of the project “Civil Society for Good Governance: To Act and Account!”, funded by the European Union (EU) in the framework of the EU assistance programme aimed at supporting the development of local civil society organizations (Instrument for Civil Society) has officially begun.

The backbone of the 28 months long project represents conducting independent monitoring of public administration reform by civil society organizations and engaging in dialogue with key decision makers. In parallel, we will be focused on strengthening the capacities of Montenegrin civil society, including the media, with the aim of empowering them for greater involvement in the process of public administration reform.

Public administration reform has taken an important place in the latest EU Enlargement Strategy. Along with rule of law and economic governance, it represents one of the fundamental pillars in respect to which the readiness of the Western Balkan countries to join the EU will be accessed.

Preparation of the new Montenegrin Public Administration Reform Strategy for the period of four years is under way. Therefore, the first activities within this project will be related to designing a possible methodological approach to monitoring the implementation of this strategic document.

Institute Alternative provided its contribution to the formulation of the Draft Strategy, but we are still dissatisfied with the quality of this document. Particularly insubstantial measures have been envisaged for the areas of accountability and integrity which are closely related to the fight against corruption. Local self-governments have also been almost entirely neglected.

One of the objectives of the project “Civil Society for Good Governance: To Act and Account!” is to strengthen local ownership of the public administration reform and to put emphasis on the so far neglected area of service delivery at the local level. This objective will be achieved through joint efforts of civil society organizations which together have 43 years of experience working with local communities in the north and the south of Montenegro.

See below the animation prepared by the Directorate-General for Neighbourhood and Enlargement Negotiations (DG NEAR) of the European Commission, with the aim of explaining the European principles of public administration. 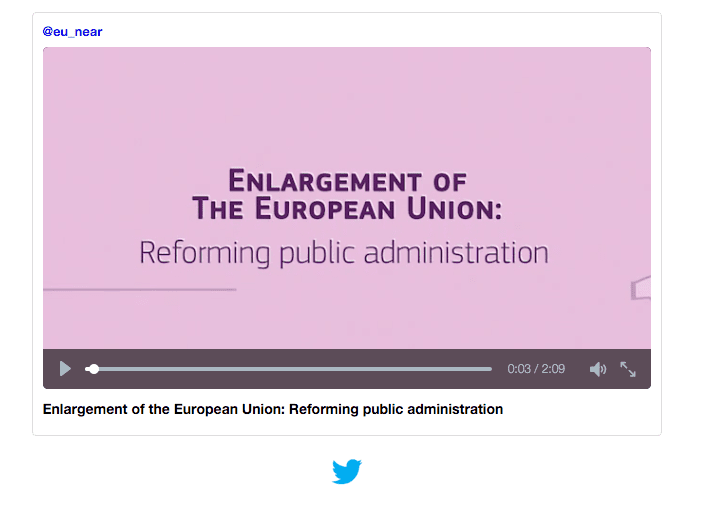