Skip to content
Institute Alternative » Accountable public finances » Press Release: Administrative Court to Urgently Review the Decision of the Agency for Prevention of Corruption that Jelić is not in Conflict of Interest

We filed a lawsuit to the Administrative Court for annulment of the Decision of the Agency for the Prevention of Corruption (APC) by which it found that Zoran Jelić, a member of the Senate of the State Audit Institution (SAI), is not in conflict of interest due to his engagement in the Prva Banka Crne Gore as a member of the Audit Committee for more than nine months during which he received close to 6.000 euros. 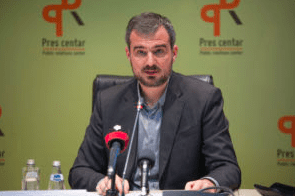 In the explanation of the Decision, the Agency did not address allegations from our Request that in the case of performing the function of the member of the Audit Committee of Prva Banka, having in mind job description and competences, as well as the amount and character of the compensation received by Jelić based on the membership in the Audit Committee, there is no doubt that it is a matter of performing professional activity, which is forbidden by the Law on the State Audit Institution.

Instead, the Agency explicitly claims that it is a matter of “scientific, educational, artistic and sports” activities under Article 9 of the Law on the Prevention of Corruption, and that a public official has the right to perform these activities and acquire income based on it and declare it accordingly.

However, in the disputed Decision, the Agency does not state clearly the kind of activity at issue, or whether the activity which Zoran Jelić performs in Prva Banka falls into “scientific”, “educational”, “artistic”, “sports” or “cultural” activity .

We consider that the Agency’s Decision is incomplete in this regard, and we argue that it is unlawful because according to the Register of Activities (6419 – other monetary intermediation) and provisions of a number of regulations defining the content of these activities, it is clear that Prva banka does not perform scientific, sports, artistic or cultural activity. Also, clear provisions of the Law on Banks regarding competences of Audit Committees indicate that neither the Audit Board’s competences fall in the scope of the said activities.

Additionally, the State Audit Institution is a constitutional institution that audits all other institutions and bodies and is therefore obliged to show the same or even higher level of integrity in its work and behavior than other bodies and institutions.

The Agency adopted the Decision based on our Request for initiating procedure for determining violation of the Law on the Prevention of Corruption in the part referring to completeness and accuracy of data in income and assets report and determining conflict of interest and restrictions in the exercise of public functions, dated 12th and 19th March 2018.