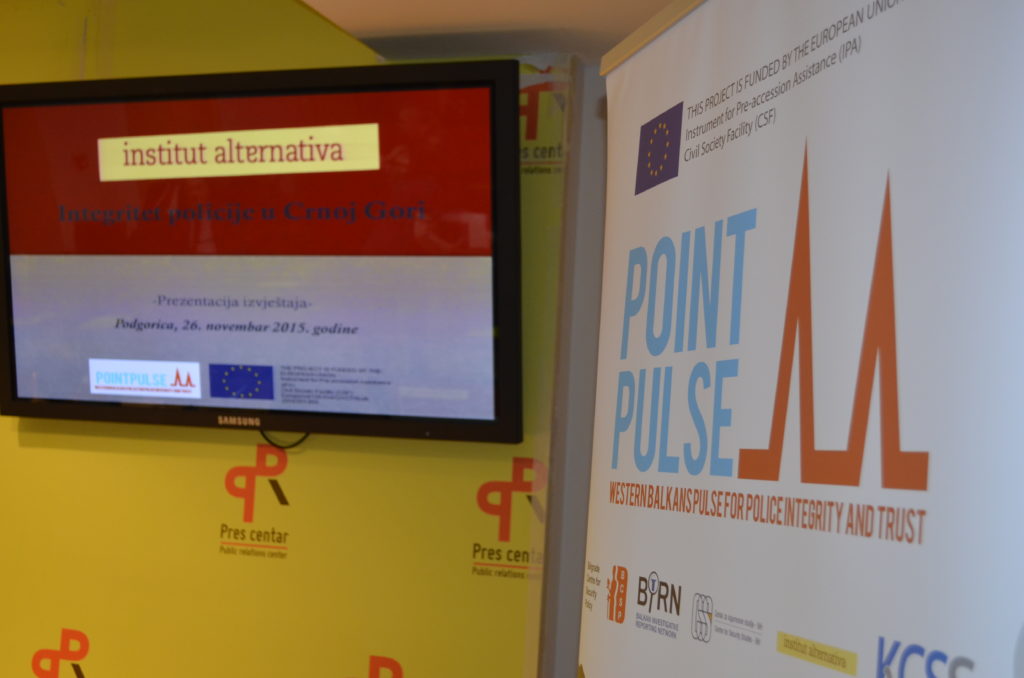 Police integrity in Montenegro has been compromised by the corruption, misuse of official position, excessive use of force and political actions, as shown by the research conducted by Institute alternative.

The research is divided in six chapters, each of them dealing with the analysis of the work transparency, depoliticization, human resources management, financial management and both internal and external control.

“The lack of integrity of police officers do not occur only in the form of passive bribery, misuse of official position, but also in the form of excessive use of force, passivity in police action, extortion of testimonies, political actions and other forms of violations of the law on civil servants, and violation of police ethics,” she explained at the press conference.

According to her, the second most common thing which comes to mind of Montenegrin citizens when talking about police is corruption, following security and protection of citizens.

“Only 12% of citizens believe that corruption in Montenegrin police is not prevalent”, Bajramspahic added.

She pinpointed that the integrity of the police officers’ work should be prioritized when it comes to defining the strategic development of this civil service.

“In spite of the fact that some progress has been made, the bodies with the oversight mechanisms still did have not achieved the efficiency in implementation of their competences”, she added.

When it comes to the transparency of the police work, the progress regarding 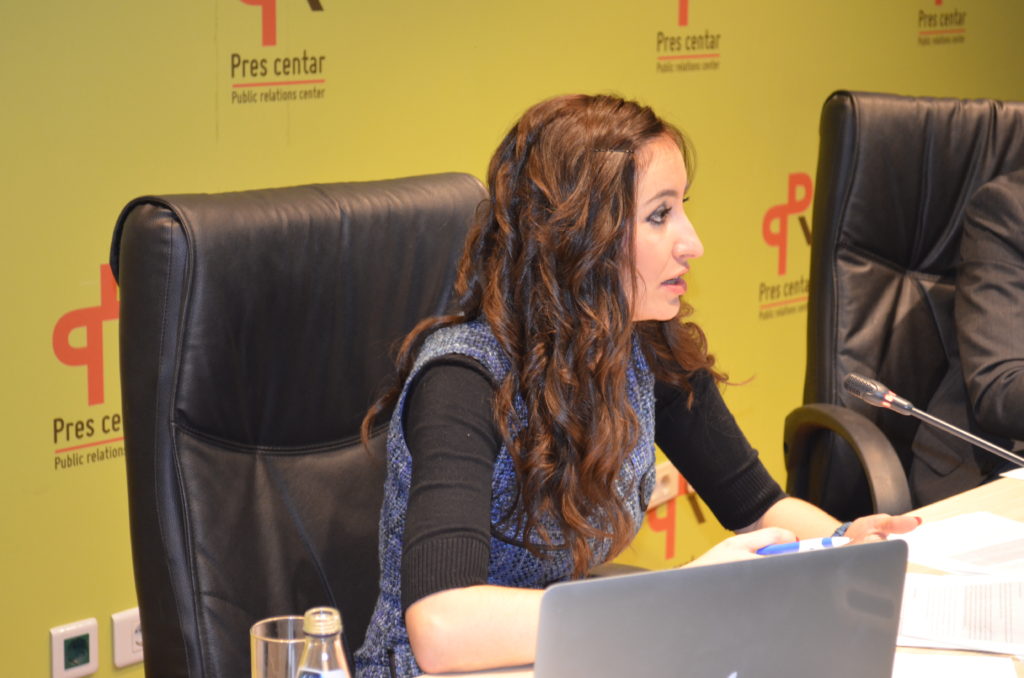 the application of the Law on Free Access to Information is more than evident.

“This is best illustrated by the large number of granted access to information in relation to an earlier period,” Bajramspahić pointed out, stating that there is still room to improve internal procedures within the Ministry of Interior (MoI), in order to enable a more efficient approach.

According to her, the most important objection to the MoI and the police in the area of transparency is that significant progress in the field of declassification of information is not achieved.

“That is, there is no information whether it is in accordance with legal provisions the Commission for the periodic review of secrecy has been established, whether the designation of confidentiality has been removed from any document before the legal deadline; if there were any meetings held and which are the results of Commission’s work,” explained Bajramspahić.

She said that the practice of conducting public hearings should be improved and allow for all laws in order to enable citizens and civil society to participate.

Bajramspahić considers that the work of the working groups of the Ministry of Interior and the police is insufficiently transparent, especially of those working on implementing numerous measures from strategic documents, especially related to Chapters 23 and 24.

She said that 70 percent of citizens believe that politics has an impact on decision-making process in the police.

“The provision on prohibiting political activities of police officers is not being complied enough, as can be seen by their participation in political rallies,” said Bajramspahić.

She stated that overabundance of the police is a big problem. “Our police is multiple supernumerary, especially in comparison to EU standards”.

According to Bajramspahic, the system of promotion in the police is dysfunctional.

“The data show that almost all the officers are already in the biggest salary grade which makes the opportunity for promotion absolutely pointless”, she said.

Bajramspahić added that the State Audit Institution (SAI) has noted the many problems concerning the way of financial management in the police. 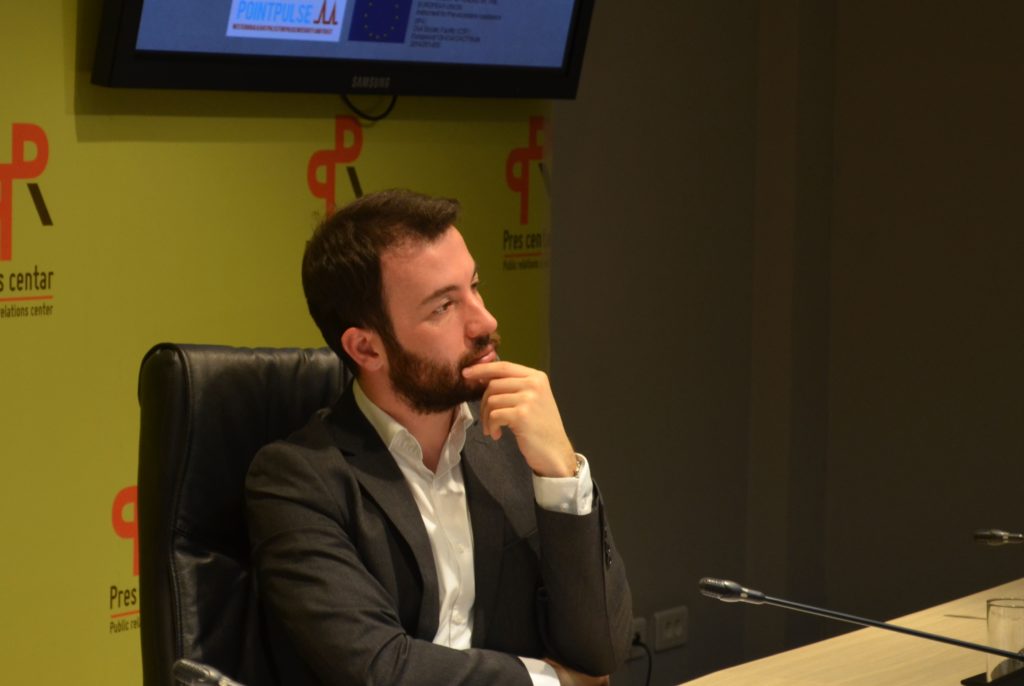 Public policy researcher, Marko Sošić, said that the key issue that could affect the integrity of the police is very low program budgeting.

He stated that there are no defined non-financial elements of the program budget. “There was no determined objective or the purpose or indicators of individual programs on the basis of which could be measured whether the objectives for which the money was allocated for the Police were fulfilled”.

Mladen Bojanic, independent MP, said that the fact that 534 employees, or ten percent of the total number of police offices not being reassigned is unbelievable.

Biljana Dulović from the Ministry of Interior explained that those are not disengaged officers.

Commenting on the assessment, she added that, if the officer is already in the highest pay grade, there is no legal basis for increasing his salary.

Dulović has pointed out that the Ministry of Interior is investing great efforts in order to strengthen the integrity of police officers and have formed a working group for that purpose.

Independent MP, Zoran Miljanic assessed the report is high quality. He said that the police officers who were earlier suspected of abuse of authority, should have been punished.

“If they were adequately punished and were subjected to the laws, beating up of (Milorad) Martinovic would have not happened,” he said.

The President of the Council for Civil Control of the Police, Aleksandar Saša Zeković, considers that the recommendations given in the report are in place and that they are given at the right time. He believes that the integrity of the police is compromised.

“We must not generalize but to speak clearly and with arguments about specific examples that compromise the integrity of the police,” said Zeković. 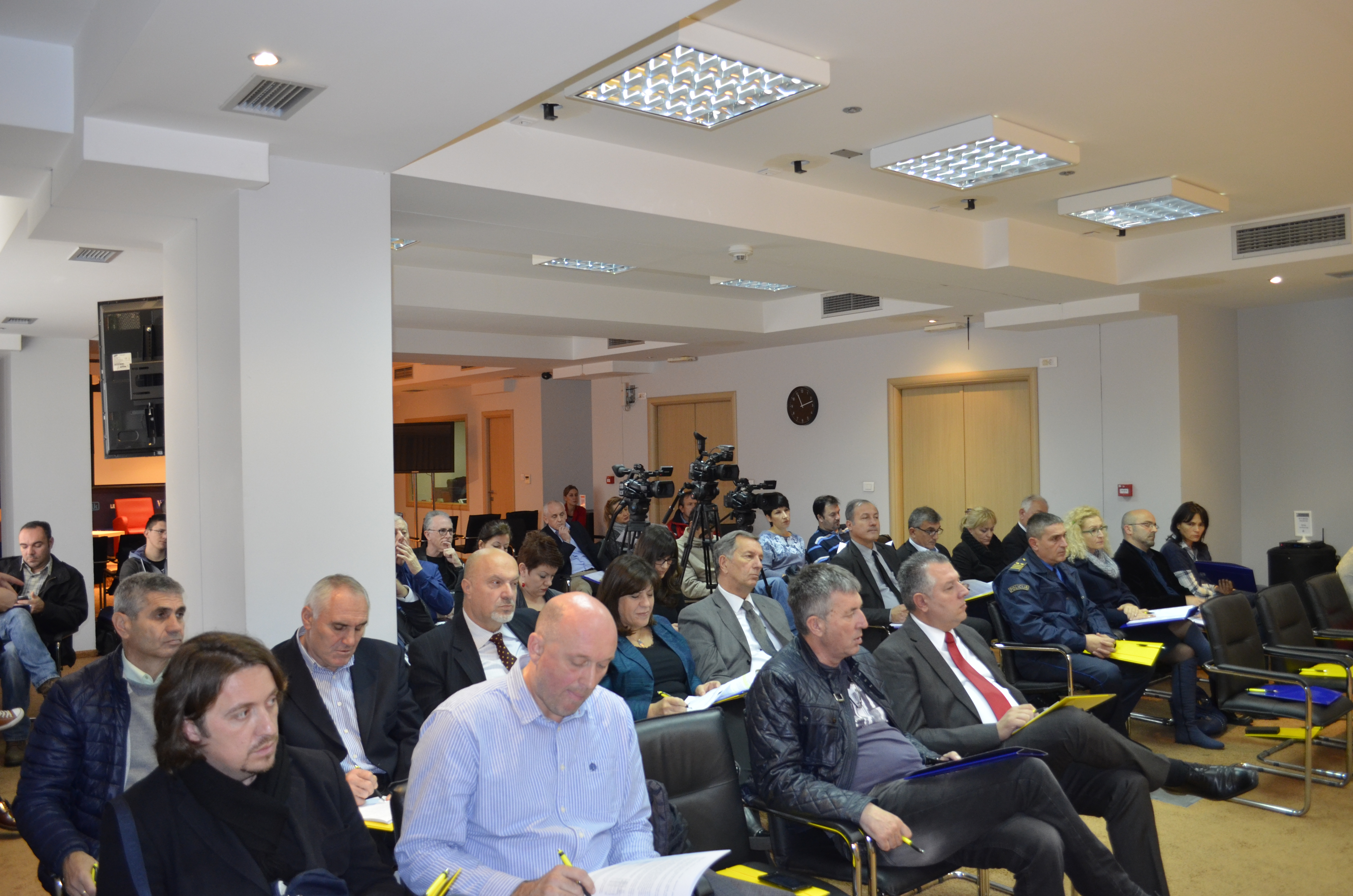 Media report by TV Vijesti about our report on the assessment of the police integrity in Montenegro can be found clicking on the link below:

This presentation is organised within the framework of the “Western Balkans Pulse for Police Integrity and Trust – POINTPULSE” project supported by the European Union through Civil Society Facility programme (EuropeAid/136-034/C/ACT/Multi).