E-petitions are only acceptable to the Government if that service is not used to uncover what is at the core of the monopoly and state secrets, including the privileged terms available to the officials and civil servants when purchasing flats or taking out home loans.

This was stated by the civil sector representatives after the Ministry of Public Administration (MPA) recently rejected the civil sector initiative for launching the petition “Our money, their flats and slush funds”.

Several NGOs submitted to the Ministry led by Minister Suzana Pribilovic the initiative to launch the petition, proposing a change of the Government policy on the publication of the report on the work of the Commission for Housing Policy and the Commission for Distribution of Budgetary Reserve Funds.

The petition proposed that all of the Commissions’ documents from 2006 to date be de-classified and published on the Government webpage. The civil sector also asked for a decision to make such documents available online going forward.

The supporting arguments provided were the following: “citizens are entitled to information concerning budget spending”, including “the budgetary reserve funds and funds intended for housing”.

The proposed petition read as follows:
The secrecy of the decisions of the two Commissions undermines the Government’s openness and integrity and the public trust in the lawful and sensible spending of public funds, and is contrary to the provisions of the Law on Free Access to Information, which provides that authorities are required to publish individual documents and agreements concerning the disposal of public revenue funds. 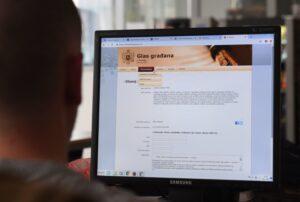 The Commission for e-Petitions, composed of representatives of the Government’s General Secretariat, Ministry of Justice and MPA, however, rejected this proposal of the civil sector.

The Commission’s rationale stated that “the regulatory framework on the transparency of work of state authorities in Montenegro, right to free access to information and restrictions of that right due to protection of public interest is clearly set up”.

Invoking the Constitution and the Law on Public Administration, they stated that “the work of state administration authorities is public”, that state authorities “are required to inform the public of their work”, and – in line with the Law on Free Access to Information – “enable public insight into their work”.

Following the host of definitions on guaranteeing publicity and transparency, the MPA further responded that there were instances when that right might be restricted and that the Government, on the basis of current regulations, “issues the decision on the level of classification of its own documents”, including the ones related to the work of the Commission for Housing Policy and the Commission for Distribution of Budgetary Reserve Funds. 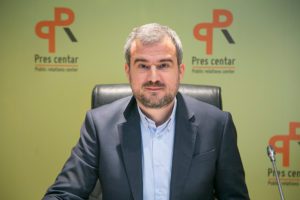 To Stevo Muk from Institute Alternative (IA), this response of the relevant authorities “is an insult to common sense”.

“The Government has brutally closed the door for a civil petition just a couple of months after opening that door in a thunderous and seemingly sincere fashion. It turned out that the first petition that affected the core of the monopoly and secrets would not just be rejected, but that citizens would not even be granted the opportunity to sign and support it. The rationale provided by the Government insults common sense, as it instructs us to appeal to courts although the Government has a history of non-compliance with court decisions”, he said to Vijesti.

Muk said that the IA would continue to pursue all the alternative options to reveal “the Government’s best kept secret”.

“And despite the resistance from the Government led by Dusko Markovic, the day when citizens will be aware of how the budgetary reserve is spent and who is being allocated flats by the Governments is getting closer”, he said.

The Network for Affirmation of NGO Sector (MANS) reminded that during the time of the public debate on the Law on Data Secrecy they, on several occasions, provided specific examples of abuse of laws and regulations to conceal information of public relevance.

“This refers in particular to the expenditure of budgetary funds. In the well-regulated states there is no particular need to explain why any budgetary reserve outlays have to represent public information or why the taxpayers should have the information about the officials who obtained flats from the Government. Civil oversight of the work of the authorities is a most natural and necessary thing; by publishing such data the governments of developed countries communicate that such oversight is welcome and – even more importantly – feasible in practice”, Dejan Milovac, Director of MANS Research Center, told Vijesti.

He added that “it is not difficult to conclude what message the Government is sending across to its citizens when it conceals the information that should, due to its very nature, already be proactively published on the institutions’ websites”. 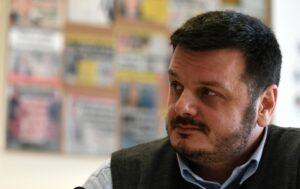 “The MPA is fully aware that the right to free access to information is largely restricted, not just due to the poor implementation of the Law on Free Access to Information and the fact that a growing number of state authorities are abusing the concept of secrecy to restrict access to data, but primarily due to complete absence of oversight over the work of state institutions concerning the most flagrant cases of abuse,” Milovac noted, adding that “coupled with complete absence of any sanctions imposed against the authorities and their managers for having breached the law, this has led to the situation where state institutions ignore even the court judgments that require them to make some information public”.

“In such a situation, reference to legal remedy and mechanisms of legal redress is hypocritical and does not indicate the slightest readiness to retain at least the few results achieved so far in the reform of the right to free access to information,” Milovac stated.

In his view, the proactive publication of information as proposed by the petitioners would show “the presence of political will, would relieve state institutions of the administrative procedures in the course of implementation of laws and, more importantly, would grant citizens faster and easier access to the information they are interested in”.

“Rejection of the initiative shows that the political will is still not there; unfortunately, with regard to the two Government Commissions, sufficient reasons still exist to protect certain individuals and companies by having their private interests override the right of the public to know”, he stated.

The project “Voice of Citizens – e-Petitions” (epeticije.gov.me) was developed in 2012 with the aim – in the words of the authorities – to enhance the transparency of the Government’s work i.e. implementation of civil initiatives… After the service remained inactive for years, it became available again a few months ago, when the Government decided to set the minimum of signatures needed to support a petition at 3,000 instead of 6,000.

The petition “Our money, their flats and slush funds” was proposed, in addition to IA and MANS, by the Media Center, Human Rights Action, Center for Development of NGOs, Civic Education Center, Center for Monitoring and Research, Politikon Network, Civil Freedoms Center and Center for Investigative Reporting.

No response still on the housing arrangements for the officials

In early June the IA submitted the petition for the assessment of constitutionality of the provisions of the Law on Maintenance of Apartment Buildings, which served as the Government’s basis for the adoption and implementation of the decisions concerning the officials’ housing arrangements.

The rationale reminded that these were documents issued on the basis of old legislation which were also “artificially kept alive” under the new legislation from 2018, which stipulated that the controversial provisions ‘remain in force after this law has come into force’.

It was further stated that the provisions were problematic also from the perspective of the Law on State Property, which provides the definition of a flat used for official purposes as a flat to accommodate elected and appointed officials during their term of office. The argument was that that constituted the precise definition of the purpose of “accommodation“ and the temporal restriction “during the term of office“. The Government’s practice of granting significantly more favourable terms for housing arrangements via the Commission rather than via public policies was deemed discriminatory – the Government implemented three rounds of the project titled “1000 +”, where, as the IA reminded, “40% of funds are intended for the beneficiaries where a household member is a public sector employee“.

The Government can have its way

In the rationale declining the NGOs’ petition, the MPA stated that the Law on Free Access to Information “fully regulates the issues of relevance for the method and procedure of exercising the right to free access to information, but also the instances when this right may be restricted, the method and procedure of determining the harm test… and the procedure for determining the prevailing public interest in accessing any information classified by the authority”.

The MPA Rationale stated, inter alia, the following:
On the basis of the current regulation on free access to information in the Governments’ possession and the right of the public to know, the Government, mindful of the respect for the other right enshrined in the Constitution – such as the right to personal data protection, right to protection of privacy – issues the decision on setting the level of classification of its own documents, including the documents of the Commission for Housing Policy and the Commission for Distribution of Budgetary Reserve Funds”.

This article was originally published on the Vijesti portal. 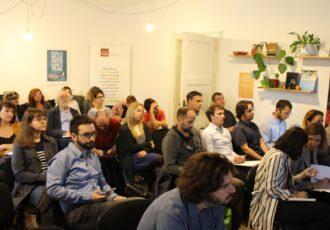