Institute Alternative filed the Initiative to the Constitutional Court of Montenegro for the assessment of the constitutionality of provisions of the Law on the Maintenance of Residential Buildings, which the Government uses as a basis for issuing decisions on resolving the housing needs of public officials. We find that the by-laws regulating issues beyond this Law are being artificially kept alive as a “legacy” of the old system.

This refers to the Decision on the Settlement of Housing Needs of Civil Servants and State Employees and the Decision on the Manner and Criteria for Resolving the Housing Needs of Officials from 2014. These acts were adopted within the Law on Housing and Maintenance of Residential Buildings from 2011 and 2014. However, the new Law from 2018 states that these acts ‘’remain valid even after this law comes into force’’. 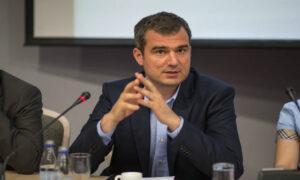 Disputed provisions are unconstitutionally placed under this Law as a basis for maintaining alive these two Decisions (by-laws) and for the unconstitutional practice widely used by the Government, the Judicial and Prosecutorial Council.

Although it sounds almost unbelievable, the Government has succeeded to keep these provisions in a Law that regulates ‘’rights and obligations of storey owners in terms of maintaining a residential building and common parts of a residential building’’, contrary to the Constitution and the legislative system.

Disputed provisions have survived through the years, not only as a legacy of the previous social system practices, but also contrary to other systemic legal solutions – the Law on Social Housing, the State Property Law and the regulations that stipulate the rights of public officials.

Disputed provisions, beside remaining under the Law where they do not belong, undermine the rule of law and indirectly discriminate against other citizens.

Disputed provisions are also problematic from the aspect of the Law on State Property, which prescribes the definition of an accommodation for the official purposes as an accommodation intended for elected and appointed persons during the performance of their public functions and duties. Therefore, purpose of ‘’accommodation’’ and a time limit ‘’during the performance of functions and duties’’ are clearly and precisely defined, thus demonstrating a clear legislators’ intention to determine the purpose and limitations of disposal of state property for the stated purposes.

Determining the legal basis for permanent settlement of housing needs of public officials and civil servants as in these two by-laws is discrimination against citizens employed in private companies and other legal entities.

While it is not controversial that the state temporary provides living conditions for a certain persons during their work (such as paying the rent contribution or enabling living in a state-owned apartment for, for example, a member of the Army of Montenegro or a police officer assigned away from his/hers residence), it is illegal to permanently dispose state property for such purpose. It is also illegal that the state provides loans for resolving housing needs, since this is what, in accordance with the Law on Banks, commercial banks do – in the market of these services, banks provide conditions for contracting housing loans to citizens of Montenegro.

In addition, it is discriminatory that the Government, through the Housing Commission, provides significantly more favorable conditions for resolving housing needs than it does through its public policies and its ‘’1000+’’ project implemented three times so far. Namely, within this project, ‘’40% of the funds are intended for users who are members of a family household of a public sector employee”, thus additionally discriminating, this time against the members of the same category of persons or social group.