Ana Đurnić, a public policy researcher at Institute Alternative, commented for Radio of Montenegro on non-paper, an informal European Commission working paper for Montenegro on chapters 23 and 24.

Đurnić said that the report is what it is and cannot be read in different ways, adding that it is difficult to assess whether the report is positive or negative, but the fact is that it contains many negative assessments.

’’The fact is that we need to address what is highlighted as issue in report, especially when it comes to independence of the judiciary and the allocation of flats to public officials or loans on preferential terms, as these issues should be managed by Government and other relevant institutions’’, said Đurnić.

Referring to Vesna Medenica’s re-election as president of the Supreme Court, Đurnić said that despite all criticism from experts and interested national and international public, the decision was made at the political level. ’’Political decisions need to be ended and as this is the only way to break through the European Union integration process, and it is about time that Government, which is primarily and horizontally responsible for the negotiation process, understands this and starts acting accordingly’’, Đurnić added.

Đurnić also said that Institute Alternative had criticised the work of the Anti-Corruption Agency (ASK) in the previous period, and that these critics were confirmed by EC report.

’’If it is true that the director of the Anti-Corruption Agency is leaving his position, it is a good decision because the assessments on the work of ASK are the same every year, and the problems with the management of the ASK, which is close to political elites, are repeatedly underlined’’, said Đurnić, adding that it is problematic that ’’he applied to the Council of other institution as it was unofficially announced, because if he couldn’t manage ASK in proper way, he would not be a good member of the Council of Agency for Personal Data Protection and Free Access to Information.’’

Đurnić also commented on the potential reasons for not opening Chapter 8, Action Plan for Chapter 23, situation of public procurement, as well as potential changes in the EU accession negotiations, which you can listen to in the recording below:

Broadcasted on 29 November 2019 at Radio of Montenegro.

Bajramspahić: Montenegro should not be headache for EU

On EU Integrations on Radio of Montenegro 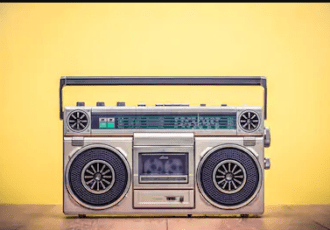