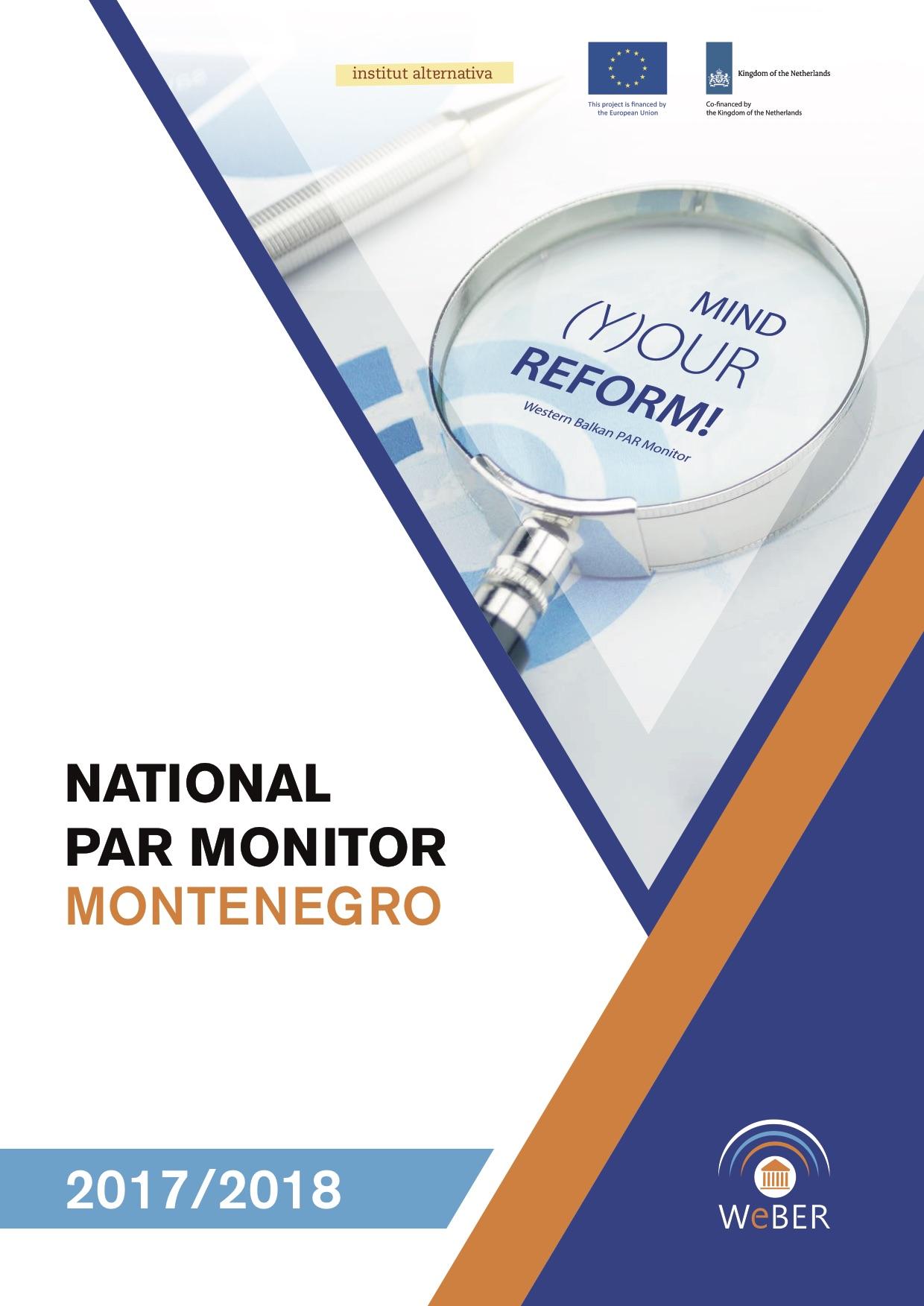 Public administration reforms (PAR) have been implemented in the Western Balkans for over a decade now, with varying degrees of success. Since 2014, PAR is acknowledged as one of the fundamental areas of reform on any country’s path to EU membership and a set of principles was prepared for the accession countries to follow and comply with in this area in order to become successful EU member states.

This PAR Monitor report, produced within the WeBER project, provides monitoring results and recommendations for Montenegro, based on a comprehensive, year-long research focused on PAR. Its focus rests strongly on the citizen-facing aspects of public administration, particularly examining issues of transparency, information provision to the public, citizen participation, accountability, equal opportunity and integrity.

The monitoring was done between September 2017 and September 2018. Findings predominantly relate to 2017 and the first half of 2018, except in the analysis of Government reports, where 2016 was included as the base year due to the governments’ reporting cycles. Within the indicators that monitor the regularity of reporting practices, a minimum of two years preceding the monitoring year were taken into account.