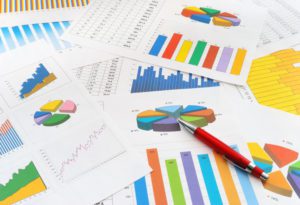 When it comes to the development of the public procurement system, the Report is focused on general subjects instead of measures from the AP for implantation of the Strategy. It is not possible to determine from the Action plan that follows the Report what have been done during the last quarter of 2014, since there are no deadlines, measures for further activities are determined descriptively and the activities for 2014 are only listed, without explaining whether the activity have been realized or not.

The Report of work of the Coordinating Body states the European Commission’s evaluation from the Progress Report for 2014 that the annual reporting process and collecting data should be strengthened and points out that the Coordinating Body should give some guidelines and comments in order to contribute that improvement. However, the Report itself only notes the problems and provides framework proposals, instead of concrete ones, for improvement, with undefined deadline “within the following period”. Moreover, the Report only repeats the evaluation, sentences and problems from the past annual reports on public procurement, which means that the system is not being improved.

§ Within the framework of the Annual report, following information should be published:

a) Number of annexes concluded annually;

b) Information about contracting authorities which have violated the Law on Public Procurement during one year and the type of violation;

§ Within the framework of Quarterly report on the implementation of the Action plan for Chapter 23, following information should be published:

b) The total number of public procurement contracts published on the local municipalities web – sites, for each municipality individually (considering the fact that this is one of the indicators, but it is not specified how it is going to be reported about the measure).

§ Direct agreements should be publish immediately after the conclusion on the web sites of the contracting authorities;

a) The classification of data according to the document type: annex, plans, calls, contracts, tender documentation.

The contents of the Report of Coordinating Body:

It is not the problem whether the inspector works under the auspices of the Inspection Directorate of the Public procurement Directorate, as the Report states, nor the main problem is the “communicating data”. The problem is the capacities of the inspection – 1 inspector and 3 systematized places. Additional problem is that the Action Plan for Chapter 23 predicts December 2016 as the deadline for engagement of the third inspector. This means that it will deviate from the original deadline 3 years.

Also, it is debatable whether the solution to let the Inspection Directorate control both the public procurement procedures and the implementation of the contracts is the best solution, especially after the Amendments to the Law on Public Procurement from December 2014 that have abolished the jurisdiction of the Commission for the Control of Public Procurement Procedures to control the contracts worth more than 500 000 euro. Interim solution might be greater involvement of the State Audit Institution when it comes to control of implementation of the public procurement contracts.

Since the Action Plan for the Chapter 23 stipulates the publishing the contract on the websites of the local governments as one of the measures, this should also affect the compliance with the legal obligation of delivering the contracts concluded by the Public Procurement Directorate, which is also said to represent one of the problems in the Report.

It is necessary to continue working continuously on establishing and strengthening the capacity of the internal audit unit in the system of public internal financial control.

The report states that the Public Procurement Directorate keeps the record of the bidders in a way that only the name of the company and country of headquarters is being kept in the records. However, the problem is that all stakeholders registered on the Public Procurement Directorate website are being recorded as the bidders. Also, the list contains 471 invalid e-mail addresses. Likewise, the list of public procurement officers does not contain updated information, since the names of the officials who do not work more on these tasks still have not been deleted from that list, which should be done after the organ in which they work became “authorities within ministries”.