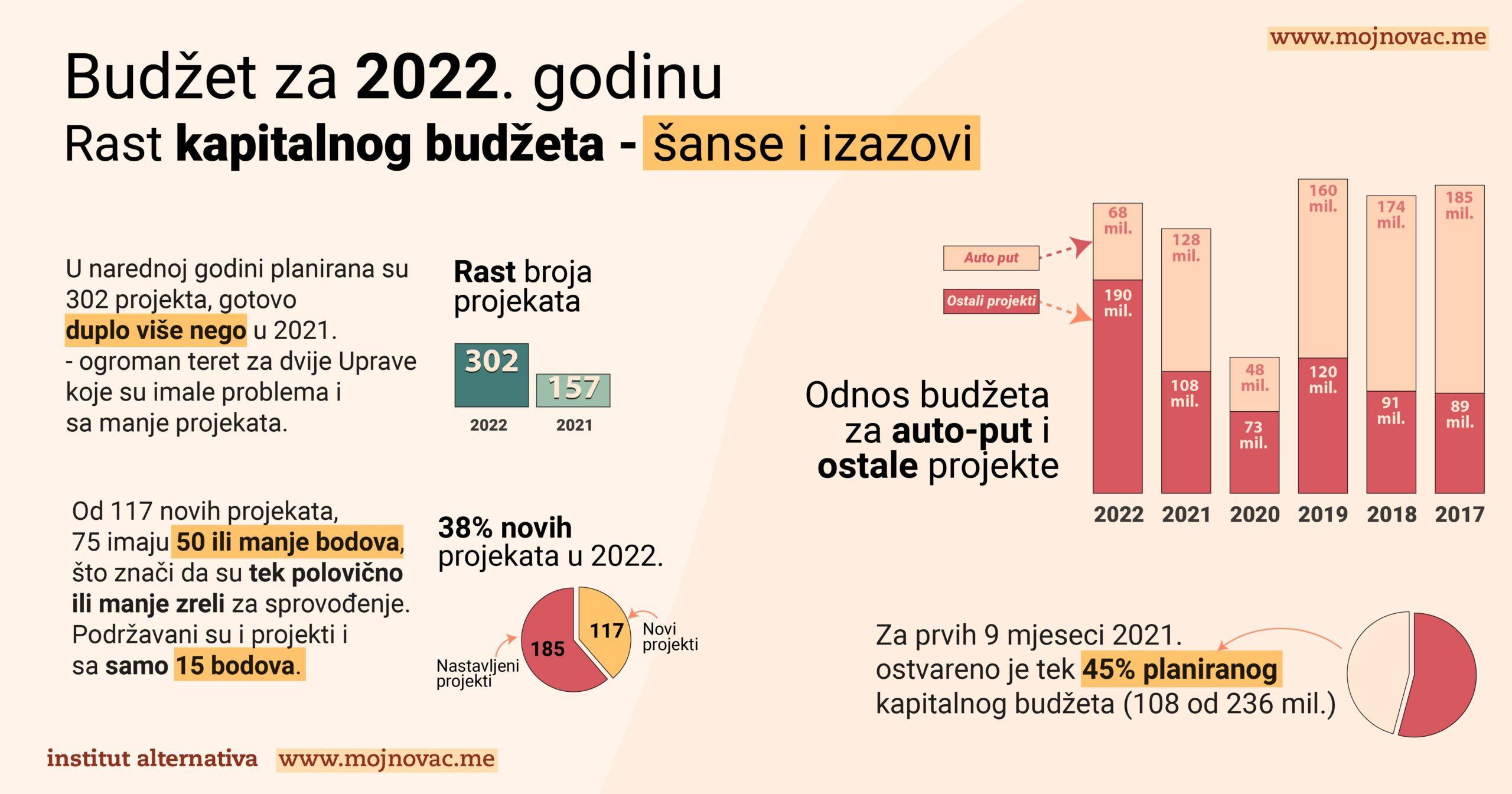 However, 302 projects are planned for next year, which is almost twice as much than in 2021, a huge burden for two implementing Administrations that had problems even with less projects. For the first nine months of this year, only 45% of the planned capital budget was implemented (108 out of 236 millions).

Out of 117 projects that are new, 75 of them have 50 or fewer points, which means they are half or even less ready for implementation. Even projects with only 15 points were supported.

The Government (neither this nor the previous one) has not implemented recommendations of the State Audit Institution (SAI) regarding the capital budget – SAI pointed out that the public investment management system is not developed enough, that capital projects rarely meet the basic preconditions to be nominated in the first place. In this way, barely prepared projects are chosen and financed, causing a delay at the start as well as problems in long run, reporting and long-term planning.

We call upon the Ministry of Finance and Social Welfare to publish the Public Investment Management Assessment (PIMA) report on Montenegro, which was recently completed but still not published.