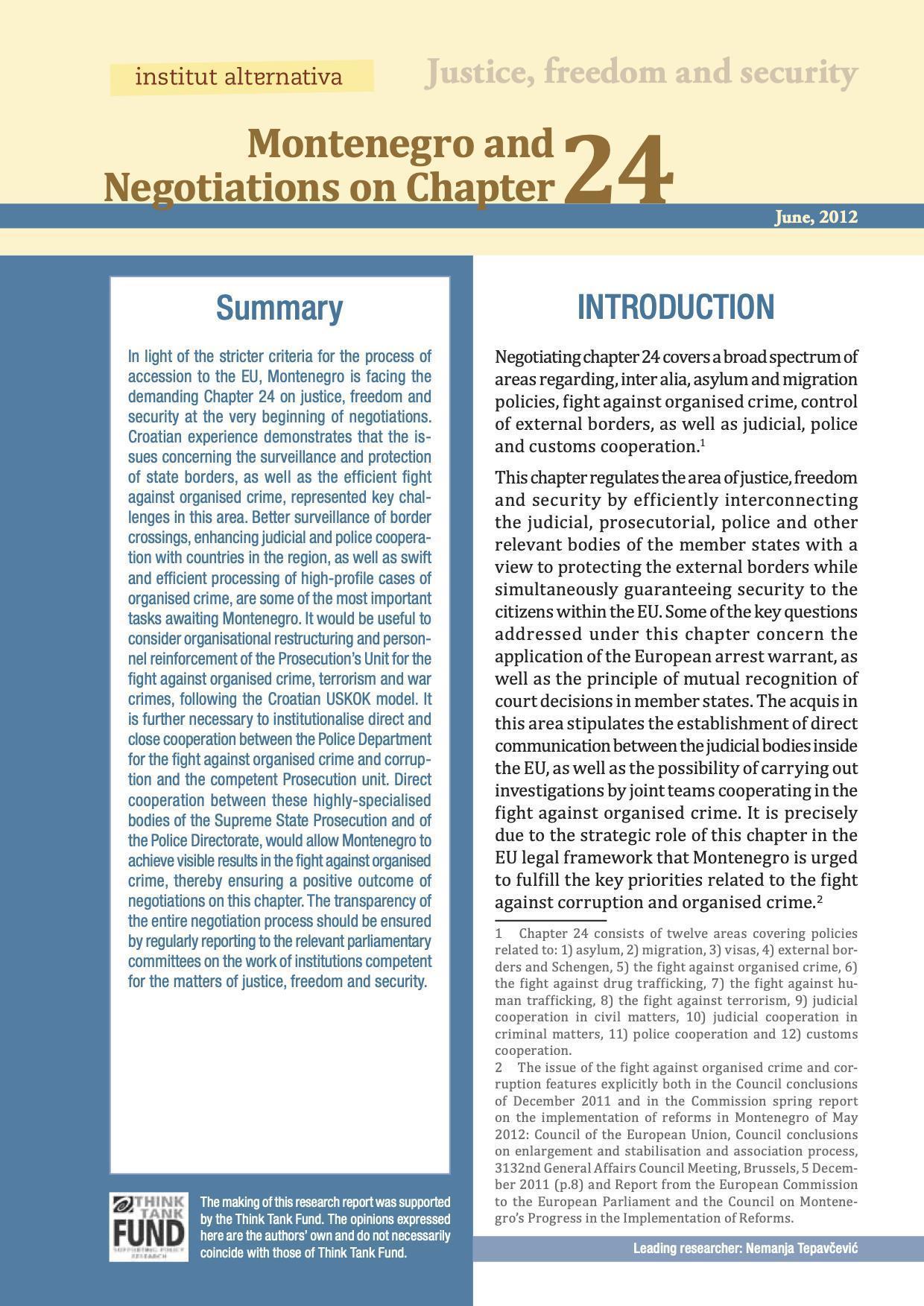 This chapter regulates the area of justice, freedom and security by efficiently interconnecting the judicial, prosecutorial, police and other relevant bodies of the member states with a view to protecting the external borders while simultaneously guaranteeing security to the citizens within the EU.

Some of the key questions addressed under this chapter concern the application of the European arrest warrant, as well as the principle of mutual recognition of court decisions in member states. The acquis in this area stipulates the establishment of direct communication between the judicial bodies inside the EU, as well as the possibility of carrying out investigations by joint teams cooperating in the fight against organised crime. It is precisely due to the strategic role of this chapter in the EU legal framework that Montenegro is urged to fulfill the key priorities related to the fight against corruption and organised crime.

Based on the dynamics, time-frame and the problems Croatia encountered during the negotiation process on Chapter 24, the goal of this analysis is to identify the potential obstacles in Montenegro’s negotiations, as well as to provide recommendations to overcome them.