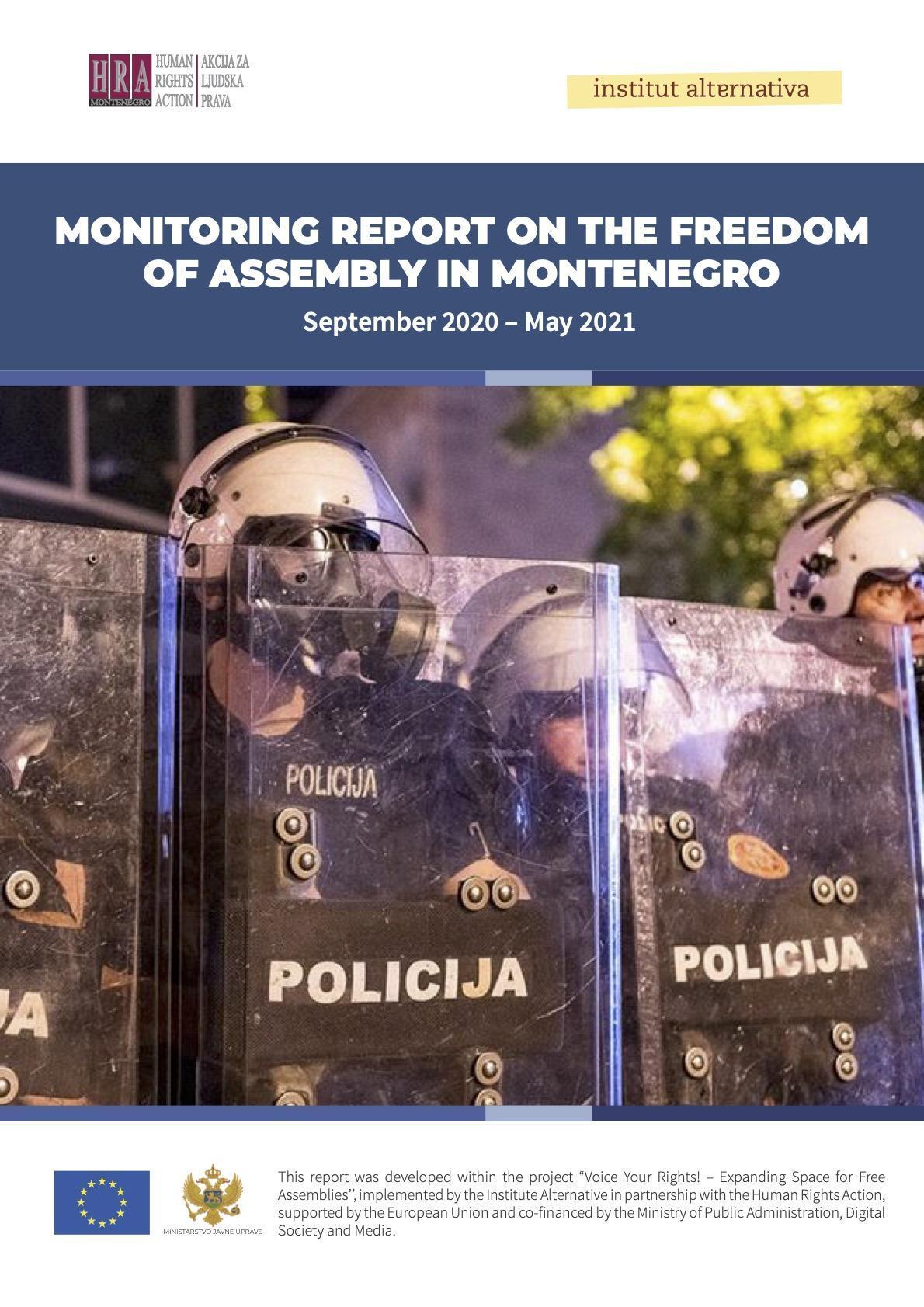 The eight-month long reporting period included 180 public assemblies; that equalled only 28 percent of the number recorded for the first three quarters of 2020. The number of the public assemblies that were temporarily banned was six, identical to the previous reporting period. The share of assemblies that resulted in violence or disorder was on the rise: close to 10 percent of the assemblies were not peaceful, against 1.3 percent, which was the figure for the first nine months of 2020. The rising trend in the share of assemblies without advance notification was evident from the beginning of 2020: more than 75 percent of the assemblies held in 2020 and in the first five months of 2021 were without advanced notification. That prevented the police from developing timely policing plans.

The legal gaps, in particular those related to regulation of spontaneous assemblies, produced further legal uncertainties. Selective police treatment was also recorded: on 12 May 2021, the police instructed the participants in a pro-Palestine protest in Podgorica to disperse, but did not do the same at the mass procession held on the same date in Niksic. Public opinion polls showed that the predominant view was that the police were not using excessive force, but 53 percent of citizens thought that the competent authorities were applying selective treatment, with unwarranted restrictions imposed on some assembly types and organisers. Only slightly more than one-third of citizens knew that assembly notifications were to be submitted to the Police Administration.

Spontaneous public assemblies need to be better regulated and the Law has to be aligned with the Constitution in relation to the permanent ban on public assemblies. When setting the epidemiological measures, competent authorities should seek to preclude the counter-effects, such as assemblies without advance notification. Police officers need to continue with their professional development concerning the treatment of spontaneous assemblies and assemblies without advance notification. Further activities are needed to build citizen awareness concerning their rights and obligations and to strengthen parliamentary oversight of the exercise of the right to freedom of assembly.