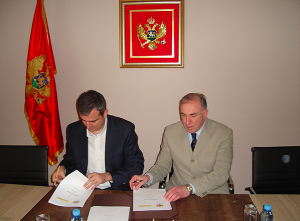 The objective of the Memorandum is to formalize the existing cooperation and to lay ground for future joint work on the improvement of the conditions in the area of criminal justice.

Signing of this Memorandum for IA represents only a new step in our two-year intensive work with institutional framework for the fight against the corruption and organized criminal.

We will mention only few of our activities:

Memorandum can be found here (only in Montenegrin)