Lecture of professor Zoran Stojiljković was held on May 5, 2014, within the framework of Public Policy School. Professor Stojiljković spoke about creation of anti-corruption policies, as well as public policy research in electoral offer. 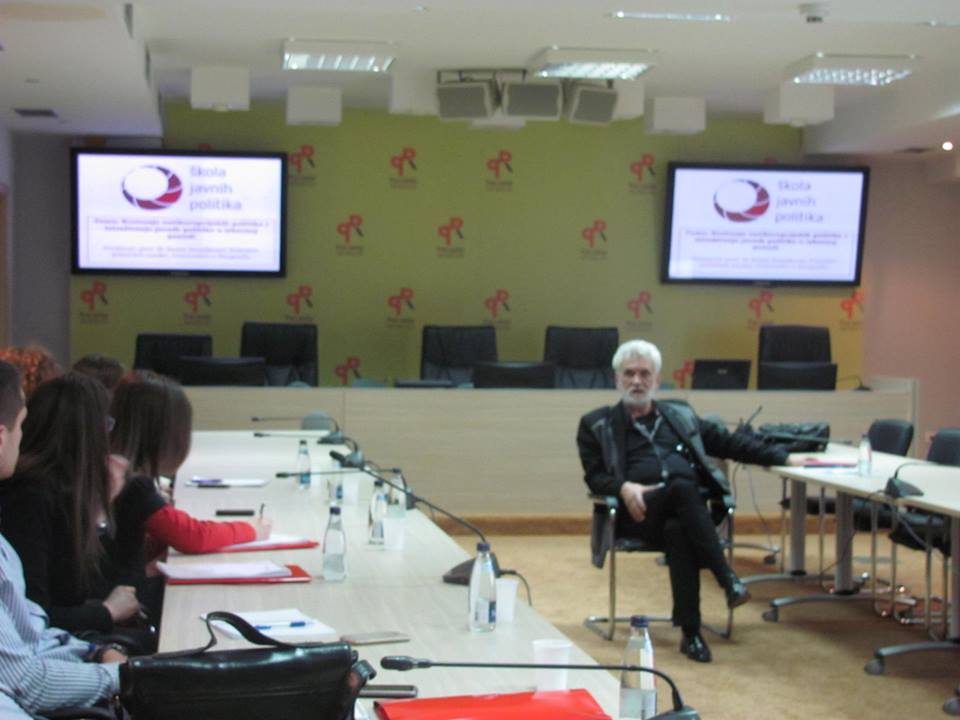 The relation between program positions of political subjects and their actual pragmatic political positioning and defining, as well as the method of measuring the gap between campaign promises and post-electoral practices, mostly referring to the ruling parties, have been discussed during two hour lectures. Stojiljković said that Montenegro is transitioning from the so-called „defective democracy” to liberal democracy. He pointed out that civil society and active citizens play major role in this process, since they question the political offer, reduce zone of corruption and hold the authorities accountable for what they promise. Furthermore, speaking about one of consensuses of all relevant political actors in Montenegro, the process of European integration, he emphasized the role of external veto players, European institutions, which employ conditionality as a tool to accelerate and shape the negotiation process.

The subject of nature of corruption was discussed as well, through linking complex map of its manifestations, types and actors, with particular insight into motives and broader systemic and cultural causes of corruption.

It was concluded that the lack of trust and the practice of mutual cheating, which is present among political actors, are starting to seriously burden other processes in the Montenegrin society. In this context, there was an exchange of views on the Law on Financing of Political Parties, which has established practice that is problematic and comparatively speaking not present.

During this lecture it was especially emphasized that the essence of any anti-corruption strategy lies in making corruption unacceptable and unrewarding, as well as in the practice of reducing monopoly and discretional authorizations, while at the same time increasing moral responsibility, political accountability and criminal liability.