Aleksandra Vavić and Ivana Bogojević, Public Policy Researchers at the Institute Alternative, participated in a training on observing of public assemblies, held in Belfast, Northern Ireland. 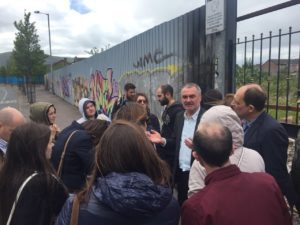 The training was organized by the European Center for Not-for-Profit Law (ECNL) in the framework of the project “Monitoring Right To Free Assembly”, which aims to assess the environment for assembly in eleven countries: Montenegro, Serbia, Macedonia, Bosnia and Herzegovina, Croatia, Albania, Kosovo, Armenia, Moldova, Belarus and Ukraine. 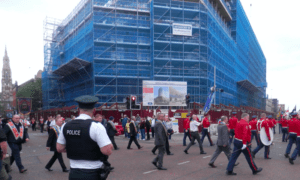 Training was conducted with a view to observing public assemblies in all the countries where the project is being implemented, hence, the reports from assemblies in Montenegro will be an integral part of this year’s report for Montenegro within this project.

The project was launched by the International Center for Non-Profit Law (ICNL) through the Civic Space Initiative, with the support of the Government of Sweden, and presents a continuation of the 2016 and 2017 research that mapped the burning issues in the area of public assembly regarding legal framework and practical problem ranging from registration and banning of assemblies to policing them. The research resulted in a series of recommendations for the Ministry of the Interior, the Police Administration, independent control bodies and civil society.