Imprecise formulations and the possibility of broad interpretation of the provisions of the Law on Public Procurement restrict the possibility of appeal and proving abuses, it was concluded at the yesterday’s panel discussion „How to fight against corruption in public procurement?“, held in Municipality of Bar. 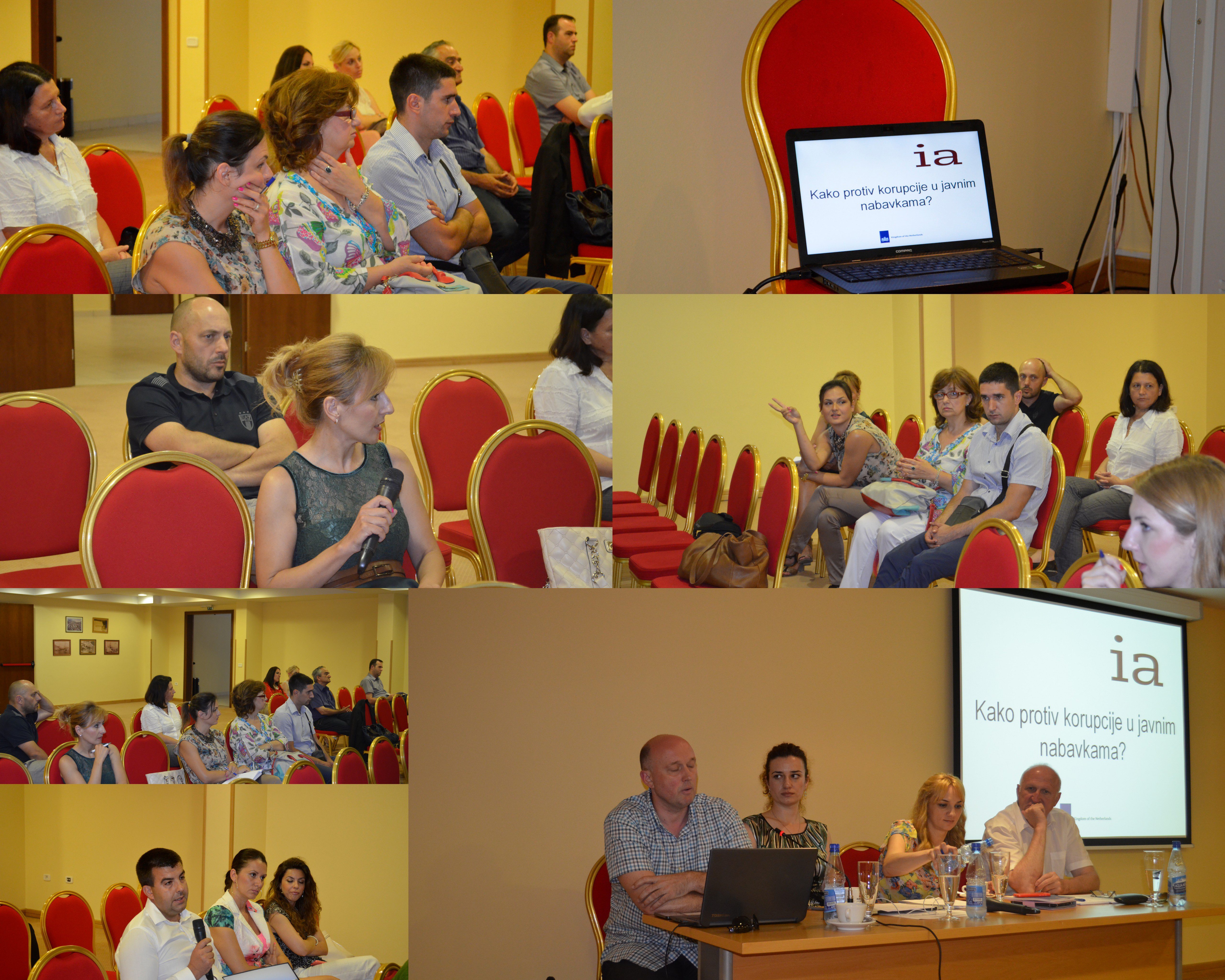 As one of the provisions of the Law on Public Procurement which is subject to wide interpretation and manipulation, the panelists recognized the article (85) which refers to the „abnormally low price“. Namely, if the price of the most advantageous tender is at least 30% lower than the average offered price of all substantially responsive tenders, the contracting authority, according to this article, is obligated to request an explanation from the bidder. It stipulates, further, a framework for writing an explanation, but, in practice, those often unrealistic explanations are leaving the space for corruption. Also, the bidders’ opinion is that the abnormally low price is defined by the Law in a way that allows precise mathematical calculations, enabling incorrect, „setup“ tenders to remain within legal framework.

The participants of the pannel disussion have recognised the problem of an inprecise definitions of the terms in the Law, and cited as an example the term of „equivalence”, which, according to the Law, implies that the product or service has the same or better technical characteristics listed in the specification of the object of procurement. The bidders think that this term, as many others in the Law, could be a subject to wide interpretation and that it creates a problem in the procurement process, regardless of the likely improvement of definitions made with the recent amendments to the Law.

Aside from the fact that there is no misdemeanor or criminal accountability for violating the legal provisions, , the latest amendments to the Law on Public Procurement enable corruption which remain in the legal framework, was concluded at the panel.