Skip to content
Institute Alternative » Publications » Implementation of the New Public Procurement Law: A Chance to Leave the Vicious Circle 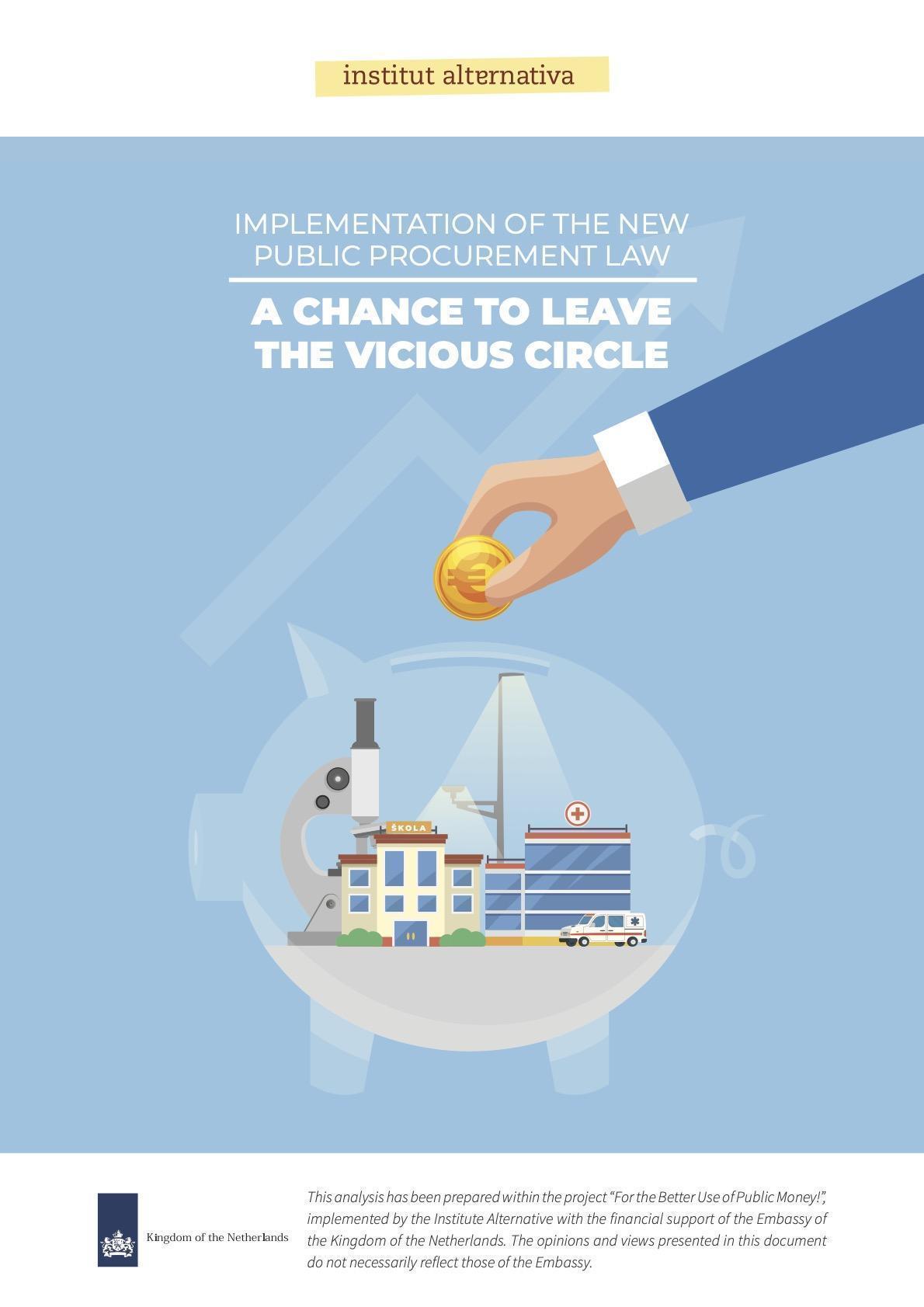 Although the new PPL is largely harmonised with the EU Directives – just as the previous Law, which was implemented as of May 2015, was harmonised with the Directives applicable at that time – its implementation is threatening to become a stumbling block. The initial six months of its implementation showed a lack of consistent implementation of some of the provisions from the Law and the secondary legislation, and the potential for the new concepts, such as market analysis, to bring more damage than benefits to the public procurement system.

Inadequate planning and failure to deliver on the plans remain the key weaknesses in the management of this segment of public spending. For the most part, the Rulebook on the method of conducting simple procurement resolved the issues attached to low-value procurement. Still, in practice, these procurement and must be kept under the constant scrutiny of the Public Procurement Inspectorate, in order to ensure consistent application of the rules. Furthermore, it is very important to prevent abuse of simple procurement and to use them for the purpose of simplified procedures, faster procurement and lower procurement costs. Unfortunately, control of contract performance failed to deliver on the announcements made by the Ministry of Finance, since contract performance reports contained very few or no new data when compared with the contents of the contract. Inadequate monitoring of contract performance, both internal and external, is another chronic shortcoming of the public procurement system.

Provided no reoccurrence of the situation from 2017 – of a course of action contrary to harmonisation with the EU regulations – the current provisions may serve as a good basis for further strengthening and upgrades of the public procurement system.