Public Policy Researcher at the Institute Alternative, Ana Đurnić, spoke about the effects of the establishment of the Agency for the Prevention of Corruption in Montenegro at the conference “Chapter 23 – Pandora’s Box or Key for Good Governance?”. 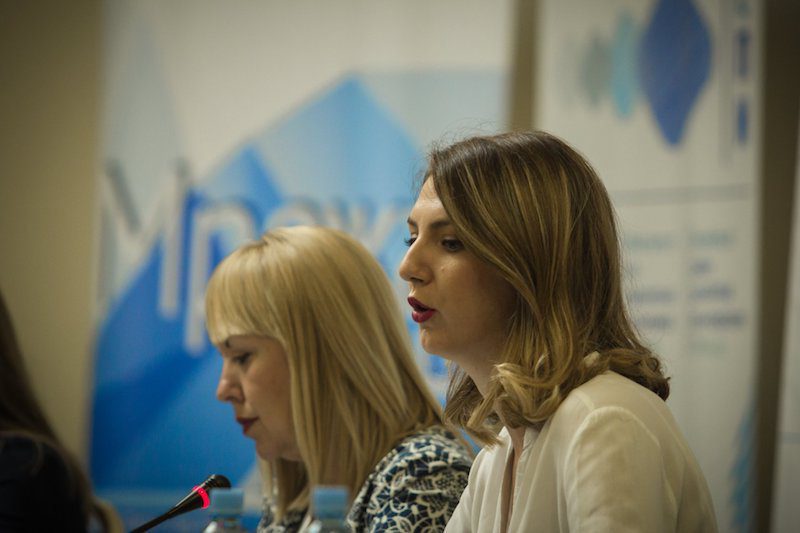 The conference was organized by the Institute for European Policies (EPI) and the Helsinki Committee for Human Rights in Macedonia in Skopje on June 5, 2018, as the closing activity of the project “Network 23+”.

Ana spoke on a panel with the main topic of the fight against corruption, with a special emphasis on the establishment and work of preventive institutions in the anti-corruption system. In this regard, Ana spoke about the establishment and work of the Montenegrin Agency for the Prevention of Corruption, its capacities and legal regulation. She particularly stressed the public’s dissatisfaction with the work of this institution so far, whose primary task was to create a momentum for weak reforms in the area of ​​preventive fight against corruption.

“Instead, the management of the Agency decided to start from scratch, abolish everything that happened before January 2016, when the Agency started working, and to establish new practices and law interpretations,” said Đurnić.

Ana stressed that the lack of results in the work of the Agency is clear for the citizens as well, and that they do not have great trust in this institution.

“According to a public opinion survey conducted in November 2017, one quarter of citizens have not heard about the Agency at all, while 38% of them believe that it treats ruling parties officials preferentially. Contribution of this institution to the fight against corruption is not recognized by 44% of Montenegrin citizens. If we do not count those citizens who have never heard of the Agency, as many as 57% of those who heard about the Agency do not consider it has contributed to tackling the corruption issue, “said Đurnić.

Ana talked about other problems in the work of the Agency as well, especially in the area of preventing conflict of interest and control of asset declarations of public officials.

“The two processes which are connected and complementary and are not placed “under the same roof” by chance, are artificially isolated from one another in the work of the Agency. The Agency does not use income and assets declarations of public officials and civil servants to proactively determine the existence of a possible conflict of interest and this presents a big issue” said Đurnić.

The need to deepen the reforms under Chapter 23 was highlighted during the conference, in order to promote the rule of law in the Republic of Macedonia. In this regard, the Government emphasized the need for cooperation with civil society organizations from Network 23.

The conference was opened by the director of the Institute for European Policy, Simonida Kačarska, the president of the Helsinki Committee for Human Rights, Gordan Kalajdziev and the High Public Officials of the Republic of Macedonia – Zoran Zaev, Prime Minister, Bujar Osmani, Deputy Prime Minister for European Affairs, Renata Deskoska, Justice Minister and Saša Bogdanović, mayor of Municipality Centar.