Skip to content
Institute Alternative » Publications » Instead of Reforms, Status Quo: Control of Assets Declarations and Conflict of Interest in Montenegro 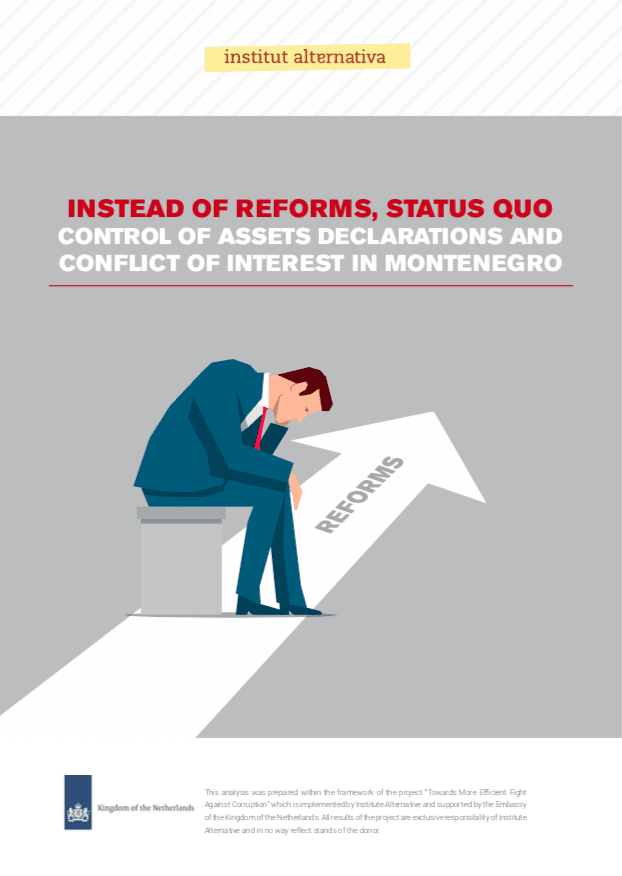 The subject of this analysis is the work of the Agency for Prevention of Corruption in the area of control of income and assets declarations and determining conflict of interest of public officials. The key problem is the interpretation of the Agency that it can not deal with the cases of conflict of interest or assets of public officials, nor prosecute cases in this regard which occurred before 1 January 2016 when the Agency started operating. In this manner, the Agency “ties its own hands” and limits its operational space, thus providing legitimacy to all activities which occurred prior to 2016 regardless of whether they were legal or not.

Additional problem is that the two processes - determining conflict of interest and control of income and assets declarations, which are connected and complementary and are not placed “under the same roof” by chance, are artificially isolated from one another in the work of the Agency. Namely, the Agency does not use income and assets declarations of public officials and civil servants to proactively determine the existence of a possible conflict of interest.

In order for the Agency to be effective in preventing corruption - determining conflicts of interest and controlling assets, it is necessary to make certain efforts on its own, but it also requires the consensus of other state authorities, the Government - primarily the Ministry of Justice and the Parliament, in order to change restrictive solutions from the Law on Prevention of Corruption.