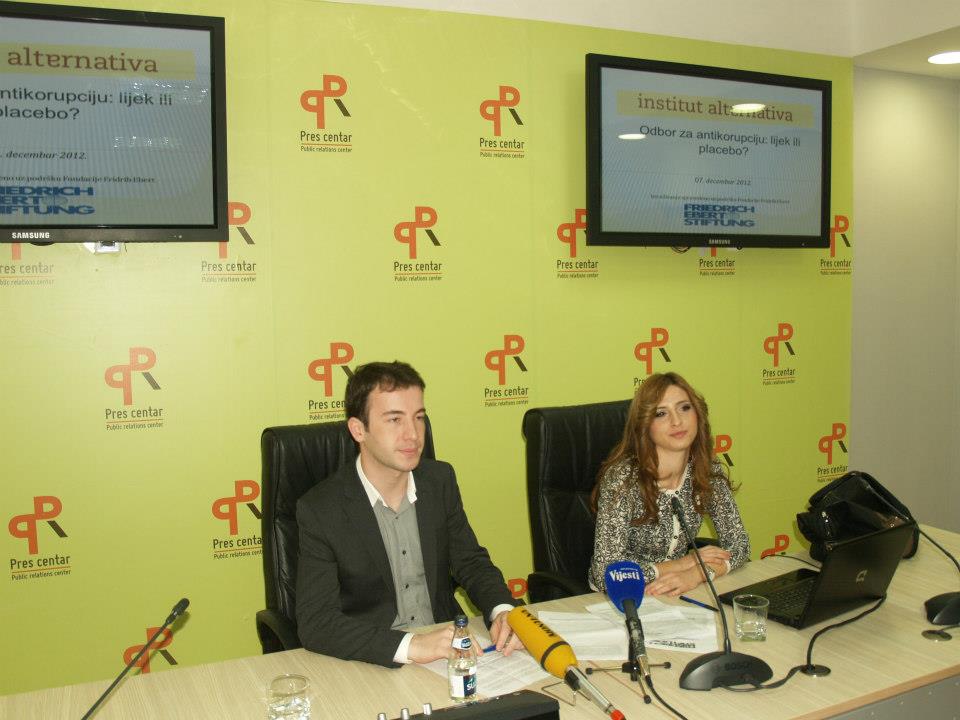 Today we have presented the key findings and recommendations of the IA’s new policy paper entitled “Committee for Anticorruption – Cure or Placebo?”.

Policy paper is a result of project financed by Friedrich Ebert Stiftung Foundation and is a part of permanent Institutes activities on strenghtening the parliamentary oversight role. Speakers at the press conference were Milena Milosevic and Marko Sosic, public policy researchers. Please, find key findings and recommendations below.

Competences of the Committee for Anticorruption leave a room for an extensive interpretation. The manner in which they will be applied in practice will provide an answer to the question whether this working body will “be repeating” tasks that have been already assigned to other bodies, or whether it will substantially contribute to the fight against corruption and organized crime through the monitoring of the implementation of legislation and strategies, intensive use of control mechanisms, evaluation of the current legislation and other legislative initiatives.