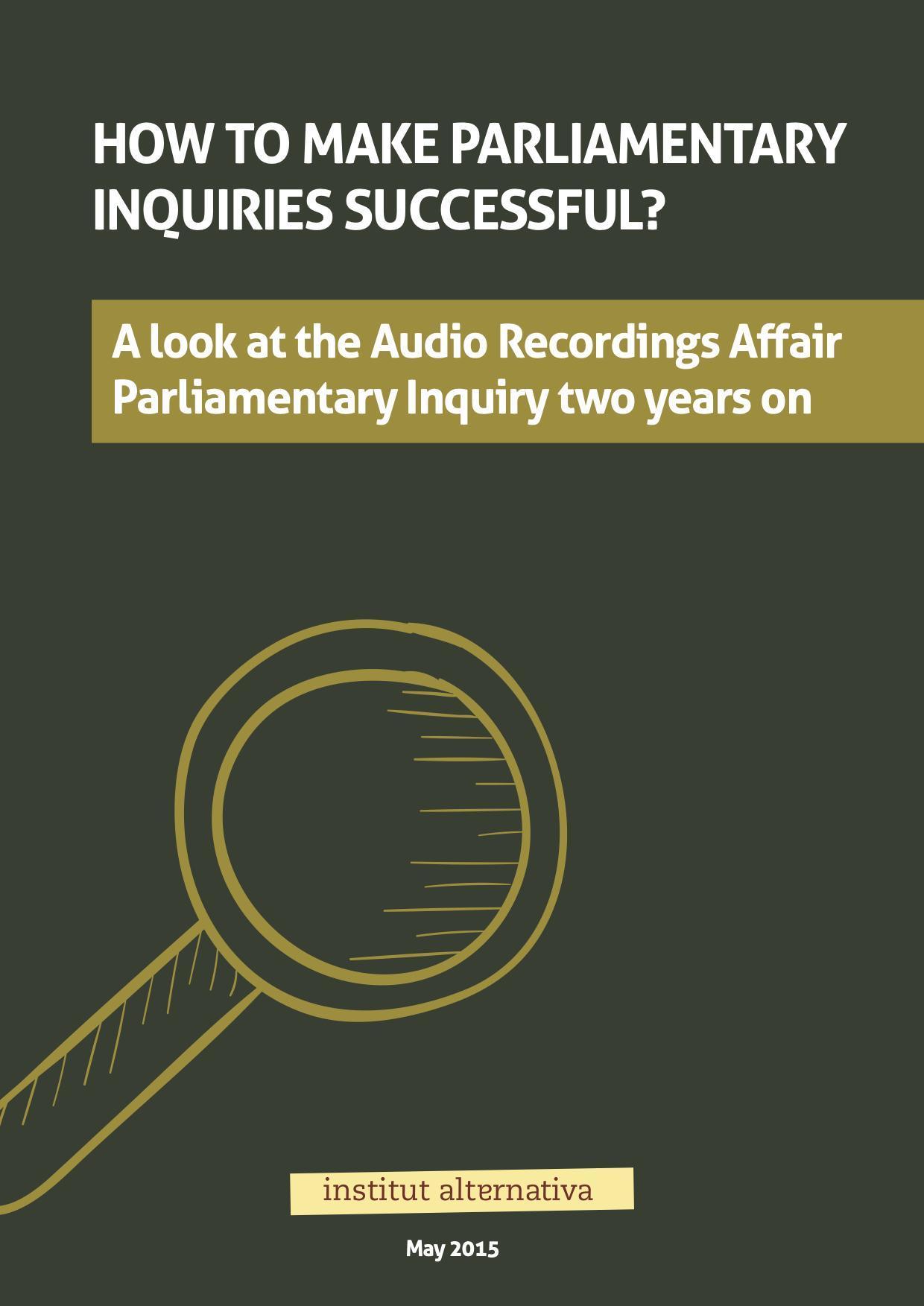 During the last decade of parliamentarism, or more precisely since 2002, two parliamentary inquiries have taken place in Montenegro: on the Telekom Affair in 2012 and on the Audio Recordings Affair in 2013. However, they have not fully met the expectations, as they failed to meet their primary objective – ascertaining the facts on what had happened. In both cases, the two parliamentary sides (the parliamentary majority and the opposition) remained at their initial positions and claims. This means that the members of the Inquiry Committee were unable to reach minimal agreement on the issues, which resulted in both inquiries adopting just technical reports. For this reason, the public had received no objective information from the inquiries on the affairs that have caused great uproar.

On 31 March 2013, the Parliament of Montenegro passed a Decision on establishing the Inquiry Committee for gathering information and facts about the “indications that members of the Democratic Party of Socialists (DPS) may have at their party sessions planned, developed, and agreed on activities in electoral processes causing suspicion that they have misused state institutions, administration bodies, agencies, public companies, the budget and public funds, IPA funds, and EIB funds.” The inquiry was initiated by the parliamentary opposition following encouragement by EU officials’ statements, including the European Commission’s Enlargement Commissioner.

This inquiry has confirmed some of the implementation problems faced by the previous inquiry, and has also highlighted some new problems. Bearing in mind that parliamentary oversight of the work of the Government, state organs, and institutions is of great importance for improving their work’s legality and accountability, the Institute Alternative (IA) has prepared this analysis with the support of the Open Society Foundation (TTF), as a continuation of our long-standing interest in the Parliament’s control mechanisms.

To be able to give an objective overview of the Inquiry Committee’s work, IA researchers have directly monitored the Committee’s work by attending the sessions open to the public. The aim of our research was to make a contribution towards more successful future parliamentary inquiries, and consequently better work of state authorities. We researched and analysed the obstacles faced by the Inquiry Committee on the Audio Recordings Affair in collecting data, the circumstances that have affected its work in a negative way, missed opportunities for a better approach, and opportunities for the Parliament to improve this control mechanism.