Several Constitutional Court judges are in sort of conflict of interest, since they are also beneficiaries of the rights conferred on them by the impugned Law. What makes even more apparent the negative effects of government gifts to judges, considers Stevo Muk.

Stevo Muk commented for the European pulse the current situation following the publication of a list of public officials who have been awarded apartments or loans under favorable terms by the decision of the Government Housing Commission, in the mandate of Prime Minister Duško Marković.

In early June, the NGO Institute Alternative submitted to the Constitutional Court an initiative to review the constitutionality of regulations leading to the allocation of apartments and loans to public officials. It is disputable for them that the by-laws governing these issues exist on the basis of the resolutions in the Law on maintenance of residential buildings. According to them, the disputed provisions are unconstitutionally ‘placed’ into this Law and thus represent an unconstitutional basis for making the disputed decisions.

Asked if resolving this case would be a measure of the maturity and readiness of institutions to effectively combat corruption and abuse of authority, Muk said that institutions are run by the people, and that heads of all institutions charged with combating corruption are actors in this corrupt scheme, one way or another, directly or indirectly, as donors or recipients of gifts.

“That’s why I expect silence, passivity and obstruction rather than action, efficiency and application of rule of law”, emphasises Muk.

He does not expect concrete moves from the Agency for Prevention of Corruption (APC), managed by Sreten Radonjić, who himself received a loan from the Government in the amount of 40 thousand euros, and who did not declare it in his property file, because, as he stated, he still ‘did not realise it’.

“Experience teaches us that we do not expect anything good from the Agency. The Agency’s director and his loan of 40,000 euros represent is a textbook example of misuse of public money. Still, the director of APC considers that everything is legal, well deserved and justified. Hence, it is not realistic to expect the director to make decisions that others have violated the law, when he is himself the actor of this corrupt scheme”, assesses Muk.

In addition to the executive officials, the list also includes judges and prosecutors, which raised the issue of indirect influence on their work and limiting them from effective combat of crime and corruption in state and related structures, but also MPs who would have to supervise the work of Government and its bodies.

“Judges, prosecutors and members of the ruling parties are considered to be the part of one system, and they consider this to be an acceptable practice. They do not see any substantial conflict of interest because they see themselves as authorities and not as controllers of Government”, explains Muk.

Muk states that it is particularly important to consider whether there are legal options to challenge individual decisions, in relation to those officials who were granted but were not eligible, but also to determine the responsibility of members of the Housing Commission.

“Unfortunately, the public still does not have access to the decisions of the Commission, the requests made by officials to the Commission, which makes it impossible to conduct such proceedings. Even if we have access and evidence, the so-called active legitimation for conducting the proceedings is disputable, and the deadlines in most cases have expired. In a better world, the prosecution would have already opened appropriate procedures, but it is obvious that this Prosecution does not have professional enthusiasm to effectively determine whether there is criminal liability in individual cases”, Muk elaborates.

Earlier, Prime Minister Marković said that he did not consider housing to be a privilege, but an employee’s need, as well as that it was not a question of allocating free apartments without grounds, without rules and regulations, but on the basis of the Decision according to which civil servants, not just officials, have the option of privileges when resolving housing issue.

Therefore, Muk does not expect the Government to review certain Commission decisions, confirmed in its conclusions. “It is also hard to believe that this Government, whose president has claimed at least twice that this is a successful policy, could recognise political responsibility for obvious housing corruption.

The Government did not answer the question of whether it would review the decisions of the Housing Commission so far, or whether it would determine if there had been any abuse in the allocation of apartments and loans. Neither did the Supreme State Prosecutor’s Office respond whether they were examining or whether they would examine if the criminal offence ex officio had occurred during the allocation of apartments and loans.

The author is Danilo Ajković, journalist of FOS Media, and the article is available at:  European Pulse no. 137.

European Pulse is an electronic magazine produced by Centre for Civic Education.

6 NGOs Protest the Appointment of the Presiding Judge ... 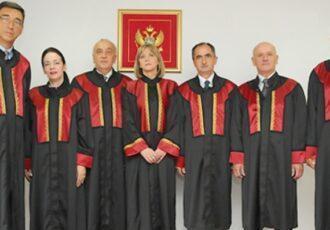