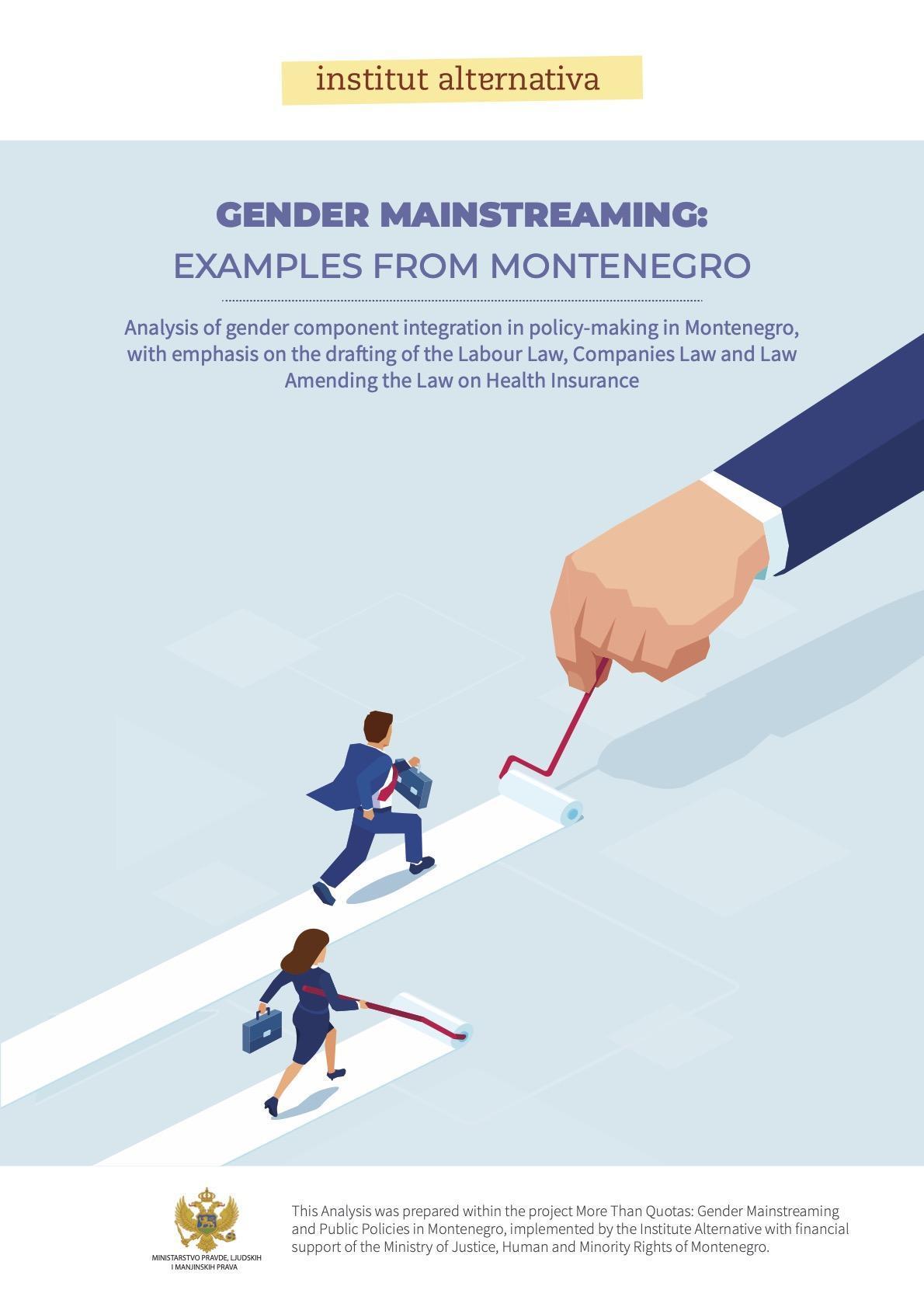 Gender-sensitive legislation is a starting point for gender gap elimination. This analysis assesses the extent of gender perspective integration in the drafting of laws regulating labour relations, companies and health insurance. Although consideration of the potential impacts of policies on the positions of women and men is obligatory, that statutory obligation has been disregarded. This is illustrated by the Labour Law envisaging, due to the pressure exerted by the employers, that women employed on short-term contracts who take pregnancy-related sick leave would not have that period count towards the 36-month term required to obtain an open-ended contract i.e. permanent employment.

The institutional set-up for gender mainstreaming is deficient. Due to the lack of human and technical resources, the Gender Equality Division within the line Ministry is unable to issue opinions to all proposed legislation. The Gender Equality Council held only two meetings during the four-year term. During the term of the former Parliament, the Gender Equality Committee, as the concerned working body, issued opinions to fourteen proposals for laws, some of which largely influenced the position of women, such as the Proposal for the Law Amending the Law on Health Insurance. Although the Action Plan for the Gender Sensitive Parliament was adopted in 2019, there has been no monitoring of its implementation and the key objectives related to gender mainstreaming have not been achieved.

Targeted early stakeholder consultations (javne konsultacije) and full-scale public consultations (javne rasprave) aiming to collect data that would essentially respond to the need for reduced gender gap are lacking; gender gap is most evident in the domains of labour, power and money, and health. There is no advanced and gender-disaggregated statistics to serve as the basis for policy adoption and monitoring. For instance, there is no reliable statistics on the gender pay gap. The key stages in policy making are not adequately regulated, in particular with regard to the interventions following the completion of public consultations.