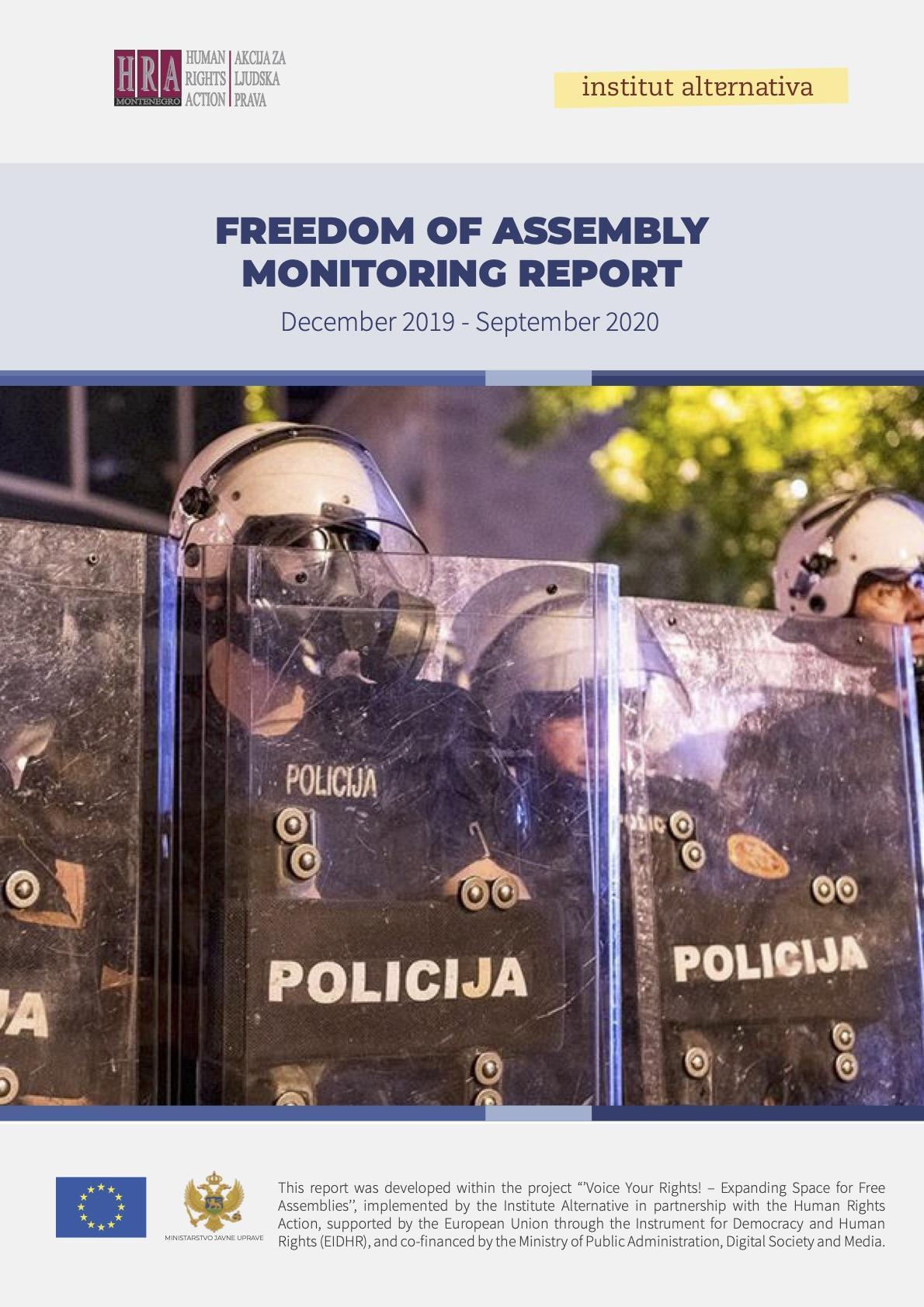 The 2016 Law on Public Assemblies and Public Events introduced major novelties with regard to freedom of assembly in Montenegro. Freedom of assembly is a right guaranteed to citizens under the Montenegrin Constitution. Tt makes an integral part of the foundation of a democratic society and is indivisible from freedom of expression. It can be considered to constitute a collective expression of view concerning an issue that is the cause for the assembly.

The launch of implementation of the project titled “Voice Your Rights! – Expanding Space for Free Assemblies”, implemented by the Institute Alternative (IA) and Human Rights Action (HRA), coincided closely with the beginning of the largest protests in the history of Montenegro. Furthermore, the onset of the unprecedented COVID-19 pandemic, four months into project implementation, also affected the freedom of assembly. These circumstances heightened the need for independent monitoring and situation assessment, in the aim of protection of civil rights.

Despite the extraordinary circumstances, at least 898 assemblies occurred during the reporting period; that actual number was probably even higher, given that assemblies were frequent, large and often organised without advance notification. To illustrate the scale of increase, let us mention that, after only a few assemblies took place in 2014, the figure for 2015 (30 assemblies) was reported by the institutions as a major step forward.

This Monitoring Report aims to identify both positive and negative tendencies in relation to public assemblies and to provide recommendations to improve the current situation. The first Monitoring Report considers the freedom of assembly over the nine-month period, from December 2019 to September 2020. The next one will cover the subsequent nine months, concluding with May 2021.