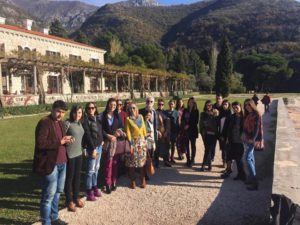 The fourth module of the Public Policy School on “The process of policy-making” and the fifth module on “Writing effective policy papers” were held at HEC Residence in Milocer, from 9 to 12 of December 2016.

On the first day in Milocer within the IV module, a lecture on Academic vs. Public Policy writing was held by doc. Dr. Vladimir Pavicevic from the Faculty of Political Sciences in Belgrade. Firstly, lecturer explained the concept of academic writing, and what public policy writing means. He pointed out that academic writing is complementary to the writings of public policy. This was followed by discussion about the importance of academic integrity and about concepts of plagiarism and auto-plagiarism.

This module continued with a lecture by Marko Sošić from Westminster Foundation for Democracy in Montenegro on topic Who pays for public policy. Sošić spoke about the process of budgeting in Montenegro and explained what constitutes current budget, budget funds, and what capital budget is. Sošić also commented on the revised budget and the problems that arise if assessment of the fiscal impact of the law proposal is not done adequately.

Lecture on Anti-corruption policies was held by professor Zoran Stojiljkovic from the University of Belgrade. Stojiljkovic explained why the anti-corruption policy is so called horizontal policy, and stressed the importance of its monitoring and evaluation, which is usually very poorly implemented. Also, during this lecture, there was discussion about administrative corruption, but also about the systematic, political corruption. Participants of the School discussed the causes of corruption, but also strategies (tools and mechanisms) for combating this phenomenon.

The lecture on The role of state and non-state actors in policy making at the EU level and the role of Think Tanks in public policy was held by Dr. Jovana Marovic. Marovic presented the European Union institutions and the way they work. She explained the way in which directives, regulations, decisions and recommendations are implemented at the national level. In the end, the lecturer talked about the role of Think Tanks, as well as about key problems that they face in Montenegro during their advocacy.

Finally, IV module was completed with the lecture by prof. Dr. Dragan Djuric from the University of Montenegro and Regional School of Public Administration (RESPA), on the theme The process of policy-making in the state administration of Montenegro. Professor Djuric referred to the characteristics of public administration in small countries, and then talked about good governance and SIGMA principles of good governance. Also, there was discussion on how to prepare a policy brief and the importance of implementation RIA – Regulatory Impact Assessment.

Vladimir Pavlovic from Belgrade Open School (BOS) led the last, V Modul. Pavlovic explained the very notion of public policy and the basic elements of a democratic political system, as well as the public policy cycle, network and the its purpose. It was followed by individual and group exercises, as well as by presentations and discussion. Also, participants had the opportunity to analyze the specific examples of policy briefs (their structure elements, the target groups, the phase of the process of creating public policy on which the brief relates to). Finally, in another group work participants were structuring and developing a coherent policy brief with the help of a questionnaire.

Public Policy School – V Generation was funded by the Commission for allocation of revenue from games of chance and Think Tank Fund – the Open Society Foundation. School is licensed as an official program for the acquisition of knowledge and skills in the field of public policy by the National Council for Education of Montenegro. 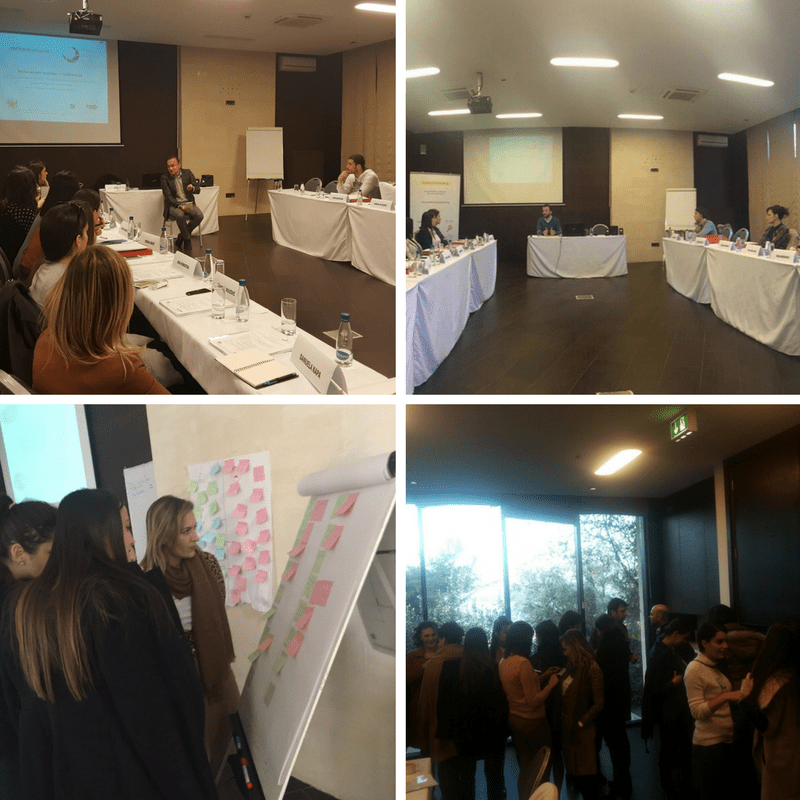