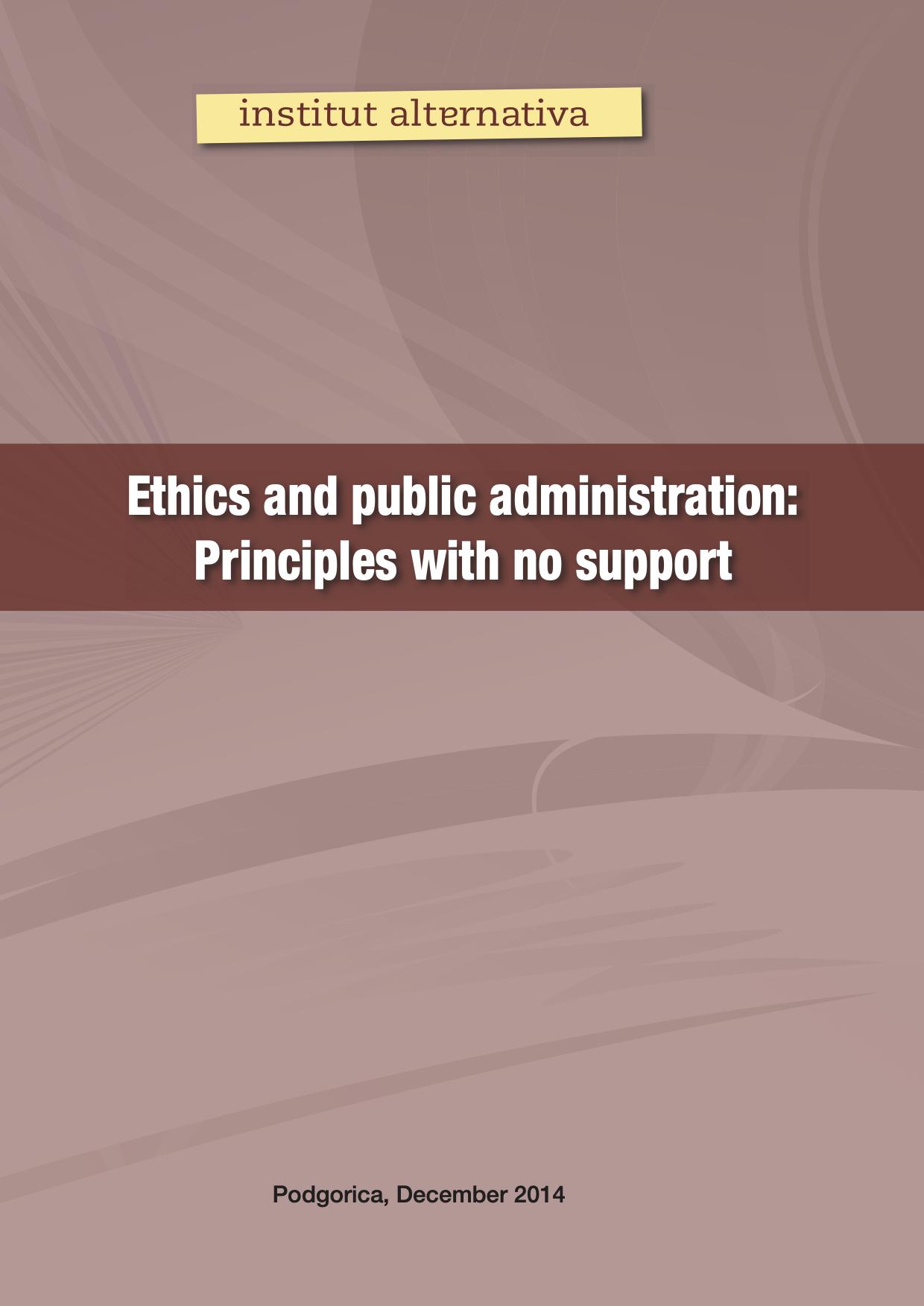 In spite of the fact that Montenegro has established codes of ethics for local and national civil servants and state employees, the mechanisms that would ensure their efficient application are lacking.

In its work thus far, the Ethics Committee for monitoring the application of the Code of Ethics of Civil Servants and State Employees has received one complaint in relation to the behaviour of a civil servant and one initiative for receiving opinion on the implementation of the Code of Ethics. Contact-points have been appointed and tasked to inform the Committee of all complaints about Code violations submitted directly to state authorities. However, no such complaints have been reported.

The Ethics Committee has failed to meet its obligation of convening at least once a month, and it is also facing the issue of not paying its members’ remunerations. The procedures for appointing Committee members are not sufficiently developed, and its primary role is an advisory one, given that it does not have the possibility of launching a disciplinary procedure in cases when it identifies violations of ethical standards.

On the other hand, just 15 out of 23 Montenegrin municipalities have established Ethics Committees for monitoring the implementation of the local codes of ethics for civil servants and state employees. Similar to the national level, no complaints have been reported on by the local committees.

An ethical code that would cover appointees at senior management positions in state administration who are not civil servants or state employees is yet to be adopted. All this suggests that, broadly speaking, there are still no basic preconditions in place for a successful implementation of ethical standards in Montenegro. These preconditions would comprise certain competences and autonomy of the bodies in charge of monitoring the implementation of ethical standards, promotion of codes of ethics, guidelines for solving concrete ethical dilemmas, facilitated possibility of submitting ethical violation complaints, and transparency in follow-up on complaints.