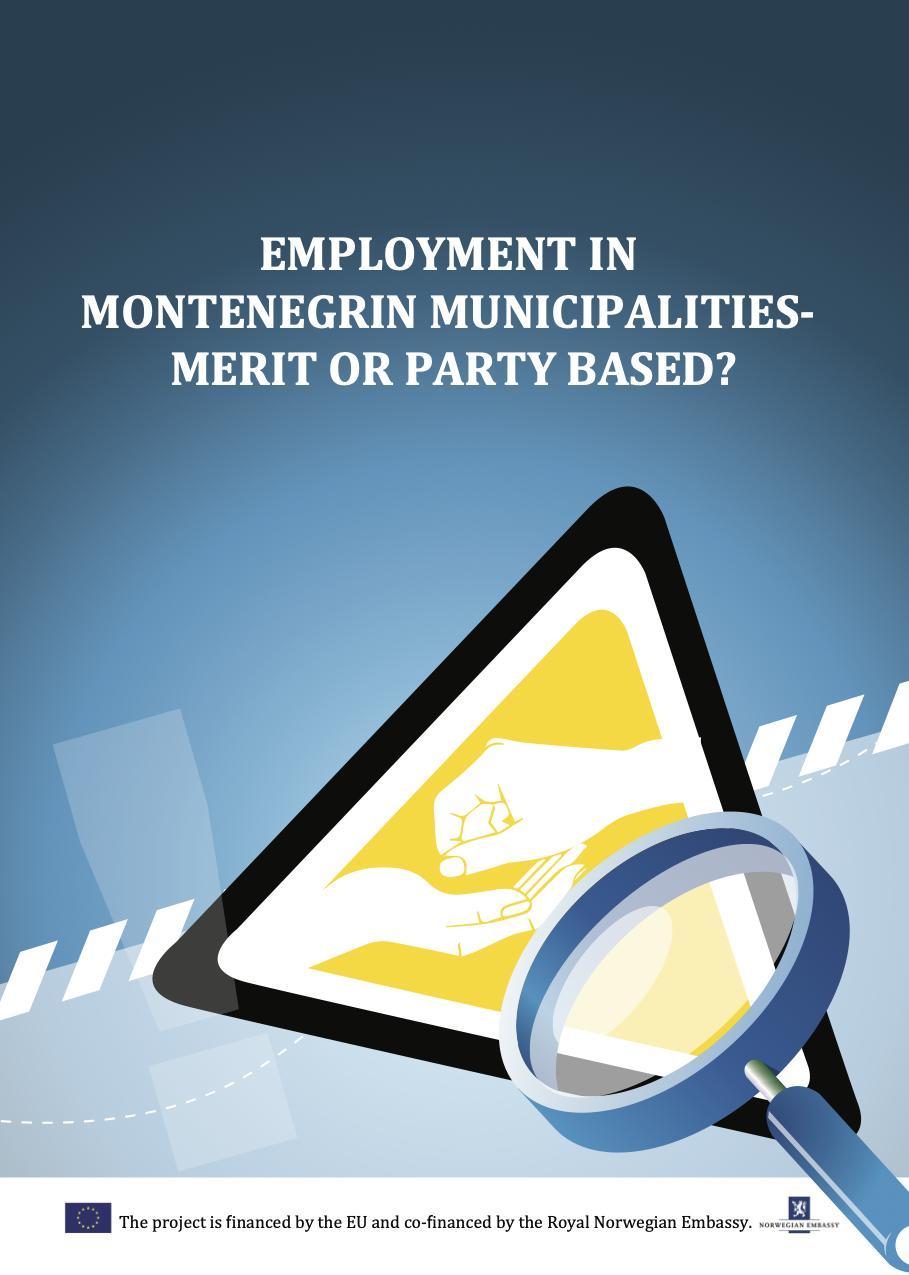 Through the analysis „Employment in Montenegrin municipalities – merit or party based?“, Institute Alternative continues monitoring of the implementation of public administration reform in Montenegro, focusing on the local level, after publishing of several publications and monitoring reports dealing with reform processes in state administration bodies. The analysis has been prepared within the project „Corruption at the local level – zero tolerance!”, and the project focused on identification of the key issues at the local level in the areas of high risk for corruption.

The starting point are key challenges for the reform of civil service at the local level, followed by the analysis of the problems Montenegrin municipalities are facing in human resource management. In accordance with the framework of the project, special attention was given to the capacities for management of human resources in 14 municipalities. In order to throw light on the dynamics of local government reform, key strategic documents and legislative framework regulating the field of the civil service system in Montenegro have been analyzed. Information about the number of employees at the local level, as well as the decisions on employment/recruitment of local servants and employees in 2013 have been collected through free access to information requests. The overview of non-transparent recruitment practices at the local level has been done based on the analysis of newspaper articles published during 2013 and 2014.

Additional sources of information used were opinions of the local civil servants and councilors, as well as representatives of non-governmental sector, collected during fourteen consultative trainings in the Municipalities that were subject of the research, as well as during the panel discussion „Preconditions for transparent recruitment at the local level“, held on June 17, 2014 in Kolašin.