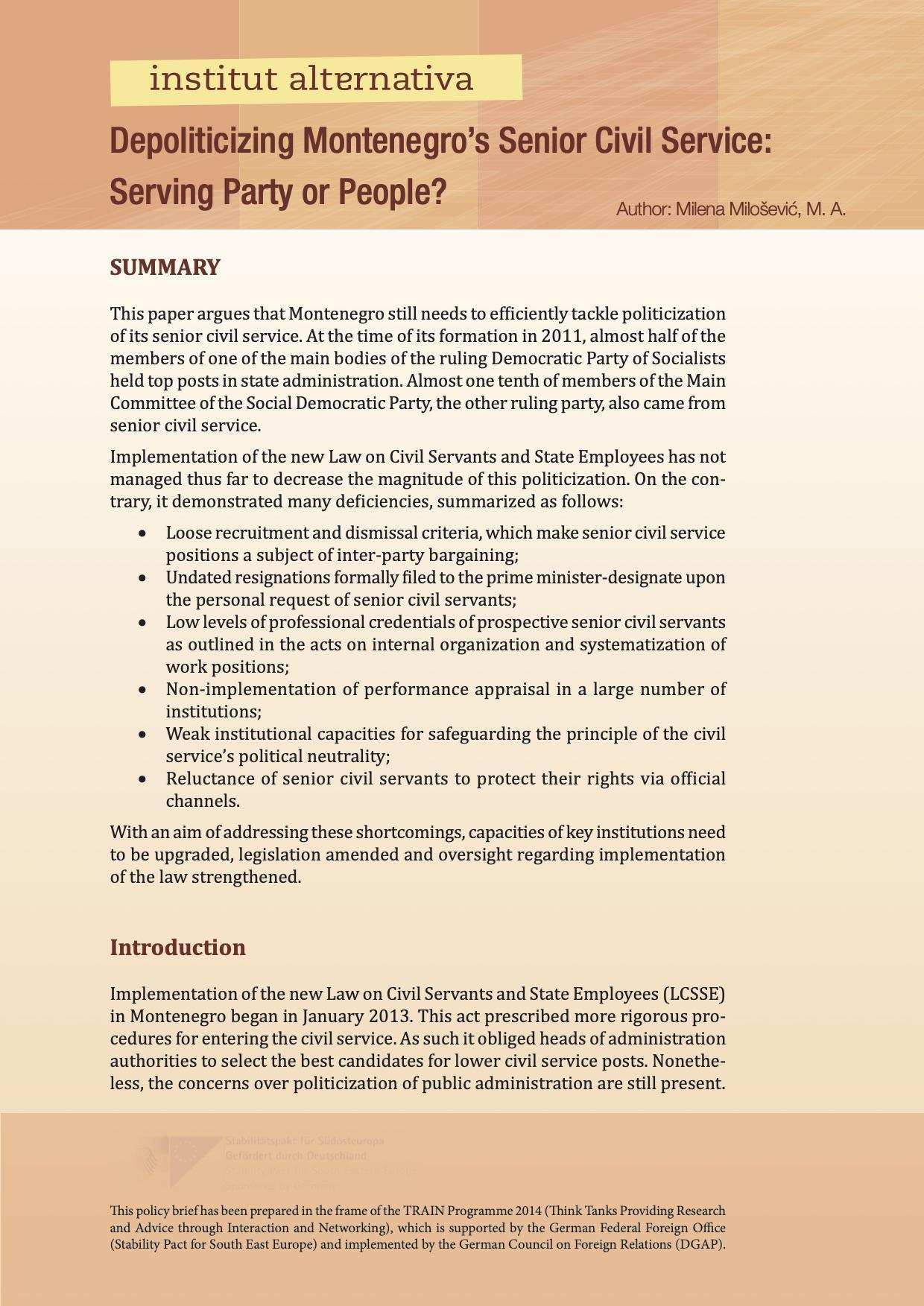 This paper argues that Montenegro still needs to efficiently tackle politicization of its senior civil service. At the time of its formation in 2011, almost half of the members of one of the main bodies of the ruling Democratic Party of Socialists held top posts in state administration. Almost one tenth of members of the Main Committee of the Social Democratic Party, the other ruling party, also came from senior civil service.

Implementation of the new Law on Civil Servants and State Employees has not managed thus far to decrease the magnitude of this politicization. On the contrary, it demonstrated many deficiencies, summarized as follows:

- Undated resignations formally filed to the prime minister-designate upon the personal request of senior civil servants;

- Low levels of professional credentials of prospective senior civil servants as outlined in the acts on internal organization and systematization of work positions;

- Non-implementation of performance appraisal in a large number of institutions;

- Weak institutional capacities for safeguarding the principle of the civil service’s political neutrality;

- Reluctance of senior civil servants to protect their rights via official channels.

With an aim of addressing these shortcomings, capacities of key institutions need to be upgraded, legislation amended and oversight regarding implementation of the law strengthened.

This policy brief has been prepared in the frame of the TRAIN Programme 2014 (Think Tanks Providing Research and Advice through Interaction and Networking), which is supported by the German Federal Foreign Office (Stability Pact for South East Europe) and implemented by the German Council on Foreign Relations (DGAP).