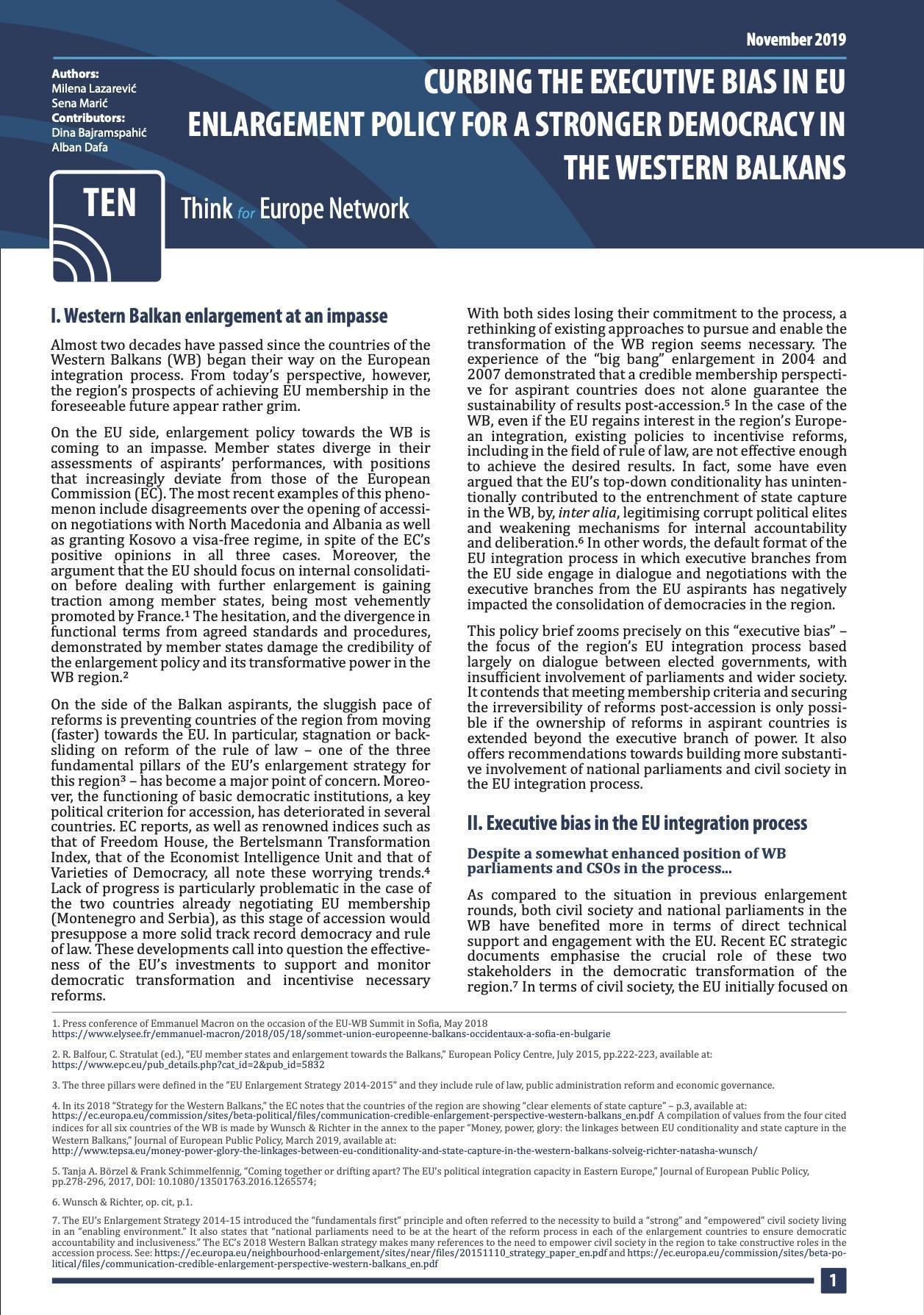 Almost two decades have passed since the countries of the Western Balkans (WB) began their way on the European integration process. From today’s perspective, however, the region’s prospects of achieving EU membership in the foreseeable future appear rather grim.

This policy brief zooms precisely on this “executive bias” – the focus of the region’s EU integration process based largely on dialogue between elected governments, with insufficient involvement of parliaments and wider society. It contends that meeting membership criteria and securing the irreversibility of reforms post-accession is only possible if the ownership of reforms in aspirant countries is extended beyond the executive branch of power. It also offers recommendations towards building more substantive involvement of national parliaments and civil society in the EU integration process.