Institute Alternative: Agency for Prevention of Corruption classifies the part time employment of the SAI Senate member in Aco Đukanović’s bank, as a scientific, teaching, artistic or sport activity. 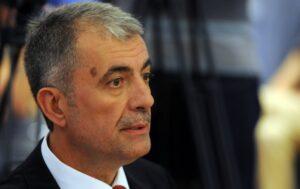 For more than a year, the Administrative Court has not judged whether the Agency for Prevention of Corruption correctly interpreted the Law when it found that Zoran Jelić, a member of the Senate of the State Audit Institution (SAI) had the right to work both in the SAI and in “Prva banka” at the same time.

For that part-time involvement at the bank whose majority shareholder is Aco Đukanović, brother of President Milo Đukanović, he earned almost 6,000 euros.

The Agency’s reply to the Institute Alternative that this classifies as ‘’scientific, teaching, artistic, sport activity’’, according to the Article 9 of the Law on Prevention of the Corruption, and that the public official had the right to work part time and on that basis he could generate revenues which he properly reported.

IA appealed to the Administrative Court, which did not made a decision even after 16 months.

‘’Lawsuit was filed by the Institute Alternative to this Court on 29th April, 2018, No. 3141/17. There is no legal classification for urgent resolution of this dispute, having in mind that the current number of cases in the Administrative Court is high (9,112 lawsuits were filed to Administrative Court only during the last year, and 3,466 lawsuits in the first half of this year). While respecting interest of the public for resolving this dispute, its important to resolve disputes in the order in which the lawsuits are brought to court, as it is stupulated by the Court Rulebook. Also, for resolving this dispute there was no justified urgency for speeding up the process filed by the plaintiff. For all these reasons, it can be concluded that objective circumstances caused this case not to be resolved until the present day”, Administrative Court replied to “Vijesti”.

IA stated for “Vijesti” that Court’s actions “are not in favor of the fulfillment of the promise made in the Public Administration Reform Strategy, that the average duration of an administrative dispute will be reduced to five months by 2017 and to four months by 2020.”

They stressed that in rationale of their decision that Jelić is not breaking the Law, Agency did not take stance in relation to the request for an examination conflict of interest. Performing the function of the Audit Board member, having in mind job description and competences, as well as the amount and character of the compensation received by the public official, there is no doubt that this represents a professional activity, which is forbidden by the Law on the State Audit Institution.

“Instead, the Agency explicitly claims that this is a “scientific, educational, artistic and sports” activity under Article 9 of the Law on the Prevention of Corruption, and that a public official has the right to perform these activities and earn income based on it as welll as report it regularly. We consider that the Agency’s explanation is incomplete and claim that it is illegal because according to the Register of Activities (6419 – other monetary intermediation) and provisions of a number of regulations defining the content of these activities, it is clear that “Prva banka” does not perform scientific, sports, artistic or cultural activity. Also, clear provisions of the Law on Banks regarding competences of Audit Board indicate that neither the Audit Board’s competences fall in the scope of the said activities” says IA.

They also point out that, by being silent for sixteen months, which goes beyond all legal deadlines, the Administrative Court implicitly approves such engagements and joins in encouraging illegal practices.

“It should be stressed at this moment that the function of a member of the Senate of the State Audit Institution, unlike many other public functions, is especially protected and privileged because it is a life-long mandate, for which the income equal to the salary of a judge of the Constitutional Court is provided”.

In this regard, legislator has placed the member of the SAI’ Senate among the highest ranking state officials. Additionally, the State Audit Institution is a established by the Constitution to audit all other institutions and public bodies and therefore is obliged to show the same or even higher level of integrity in its work than its auditees.

The Agency adopted the Decision based on our Request for initiating procedure for determining violation of the Law on the Prevention of Corruption in the part referring to completeness and accuracy of data on income and property report and determining conflict of interest and restrictions in the exercise of public functions, dated 12th and 19th March 2018.”

Open invitation to others to look for private arrangements

IA also indicates that by deciding that position of a member of the commercial bank’s Audit Board is not contrary to the provisions of Law on the Prevention of Corruption, Agency sends an open invitation to other members of Senate of the SAI. “As well as to the other public officials to enter into this kind of engagements, which calls into question not only the clear provisions of Law on the Prevention of Corruption, but also the broader societal aims of such a law, anti-corruption and integrity policies.”

In the beginning of September, Jelić submitted to the Agency ad hoc report on property and income in which he reported that SAI paid him nearly € 13,000 during July.

This money is shown as “additional income”, although it is not indicated under what circumstances and for what he was paid.

This article was originally published on Vijesti’s portal.

Related articles: Administrative Court to Urgently Review the Decision of the Agency for Prevention of Corruption that Jelić is not in Conflict of Interest 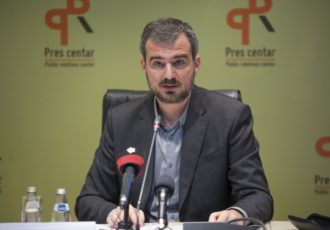