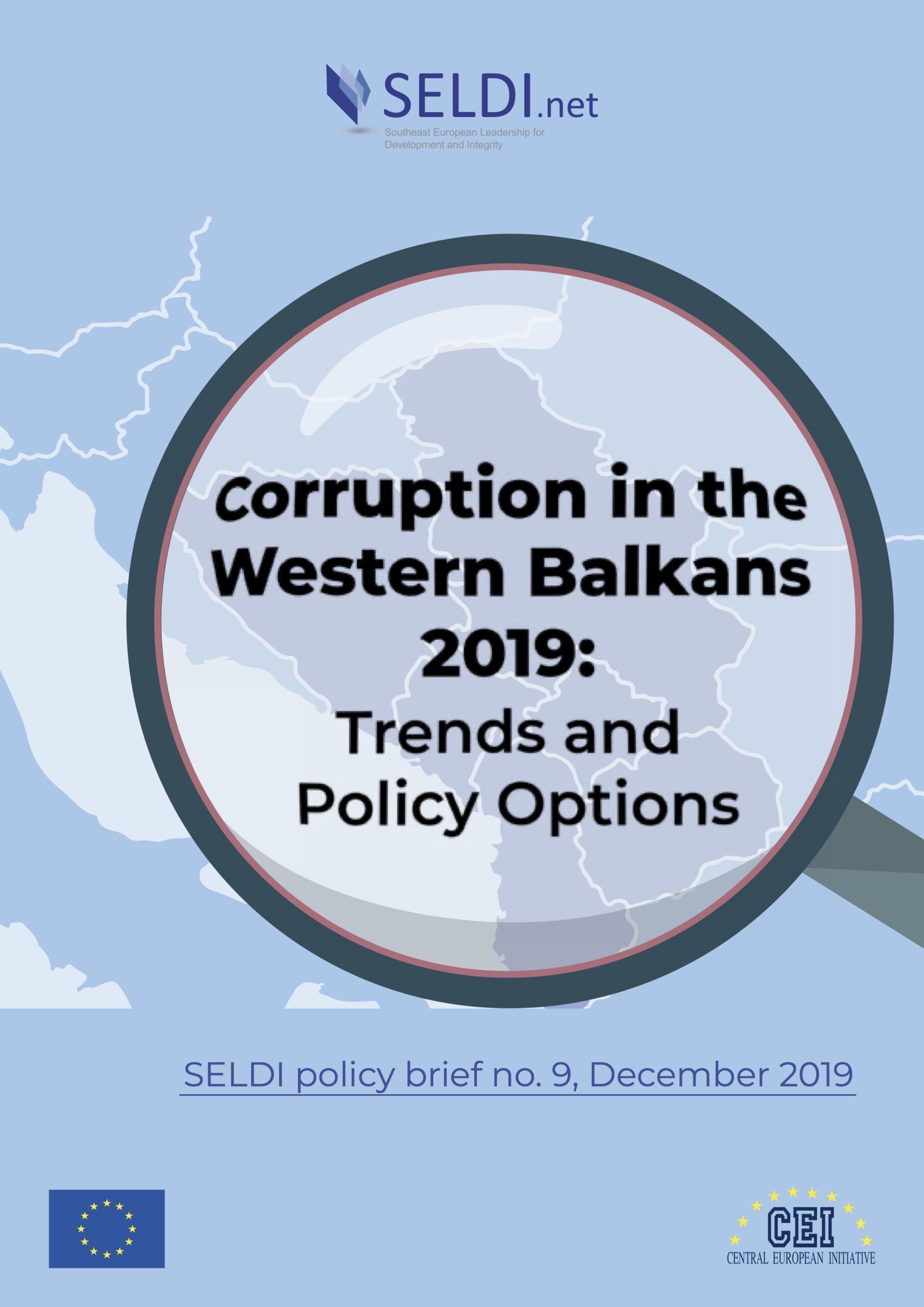 The promise of enlargement to the Western Balkans has suffered another delay, as the start of accession negotiations with Albania and North Macedonia has been put off until at least 2020. This delay has been almost unanimously labelled a “historic mistake”, as fears grow that Russia and China are actively exploiting the power vacuum left behind.

Against this backdrop, corruption and state capture mechanisms in the region remain alive and well. Finding a way to address them before accession is an essential prerequisite for a successful enlargement to the Western Balkans. These hold back economic development and keep the region well below the 50% of EU GDP per capita in purchasing power standards.

SELDI data on corruption pressure in the Western Balkans since 2001 confirms that the EU enlargement has delivered in the past. Yet, the region remains far behind even the worst-performing EU member states.

SELDI’s Corruption Monitoring System (CMS) results for 2019 show that compared to 2016, corruption pressure has increased in four of the six Western Balkans countries: Bosnia and Herzegovina, followed by Montenegro, Kosovo*, and Serbia. Albania and North Macedonia have witnessed a marginal decrease in corruption pressure.

These results indicate that countries under more political pressure from the EU and a clear prize (short-term goal) on the horizon perform better. Despite this fact, the citizens of Albania (78%) and North Macedonia (69%) still do not believe that their governments’ policies can reduce corruption levels further.

The EU needs to continue monitoring progress in anti-corruption and to engage directly with civil society in the region. It needs to re-enforce the accession negotiations’ technical aspects on anti-corruption with more political assertiveness from Brussels and its local delegations regarding progress in tackling higher-level corruption and state capture. It will also need to stand up to and develop mechanisms to neutralise the harmful effects of authoritarian influence in the region.