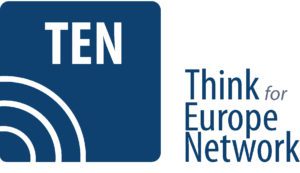 Institute Alternative, alongside with colleagues from the Think for Europe (TEN), network of think tank organizations that are actively involved in the integration process of the WB countries to the EU, participated in preparation of the background document Coordination Requirements and Institutional Set-Up in the EU Accession Process and Negotiations.

IA’s research coordinator, Jovana Marović, has worked on the drafting of this document, which was prepared for the workshop of the network of institutions in charge of European integration in the countries of South East Europe. The workshop was held in Bečići, 23-25 April 2014, within the project of GIZ ORF (Open Regional Fund).

The document analyzes the various aspects of institutional arrangements and coordination processes in SEE countries, with a particular focus on the Western Balkans, in all stages of European integration. Special attention was given to the relations of the process of policy-making and coordination at the national level with the accession to the EU, as well as the role of civil society and national parliaments in the process of EU accession.