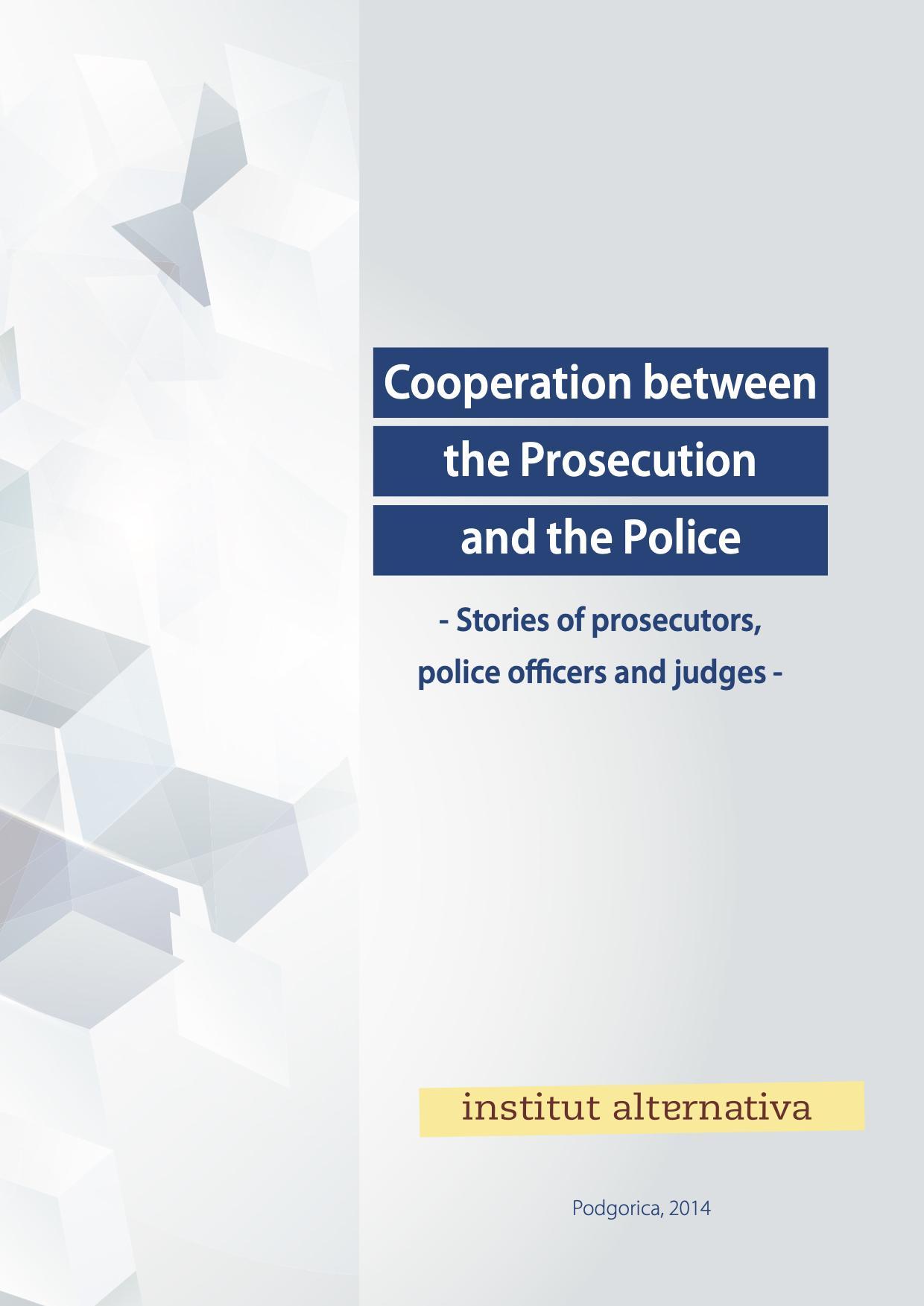 Comments about insufficiently good cooperation, lack of communication and coordination between the Police and the Public Prosecution Office in Montenegro have become platitudes in public discussions and problem which everyone agrees upon. Poor assessment of that cooperation can be heard even from representatives of the leaders of the state authorities, who are responsible to work together with both prosecutors and police. However, it was never specified what are the causes of this practice, in which manner are these barrier to collaboration manifested and how to overcome them.

Given the need to further investigate what are the reasons and what are the barriers to better joint work of police and prosecutors in criminal cases, a research team of Institute Alternative has prepared the concept with six thematic areas and 30 questions related to the work of the police and the prosecution. Based on this concept, 27 interviews were conducted at the local level in three municipalities – Bar, Pljevlja and Podgorica, on the principle of equitable regional representation. Interviews were conducted with representatives of the Municipal Prosecutor’s Office, Security Centers and the Basic Court in these three cities, in May 2014. We owe special thanks to the Supreme State Prosecutor’s Office, the Ministry of Internal Affairs and the Supreme Court which have enabled us to conduct interviews and thereby contributed to our research.

The attitudes of the respondents were presented in the report in front of you, which consists of 14 thematic chapters and includes different aspects of work of police and prosecution, as well as conclusions and recommendations for improving the identified problems. The special value of the report is the large number of very specific examples, which illustrate the functioning of these bodies, relations between then, joint work on cases, problems at work and sources of dissatisfaction of police officers, prosecutors, judges. Statements of the respondents are given in the original, with minor corrections.