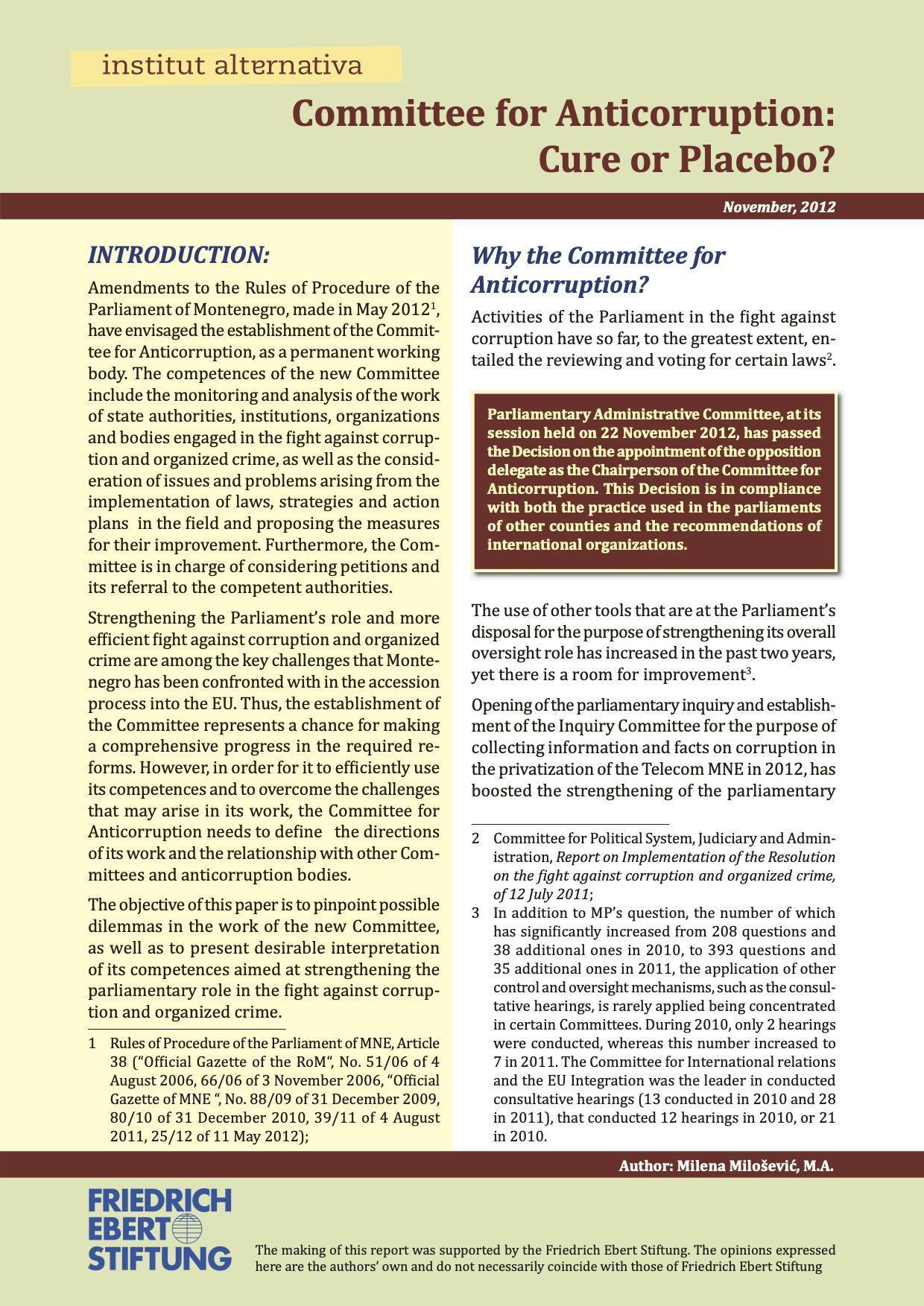 Amendments to the Rules of Procedure of the Parliament of Montenegro, made in May 2012, have envisaged the establishment of the Committee for Anticorruption, as a permanent working body. The competences of the new Committee include the monitoring and analysis of the work of state authorities, institutions, organizations and bodies engaged in the fight against corruption and organized crime, as well as the consideration of issues and problems arising from the implementation of laws, strategies and action plans in the field and proposing the measures for their improvement. Furthermore, the Committee is also in charge of considering petitions and its referral to the competent authorities.

Strengthening the Parliament’s role and more efficient fight against corruption and organized crime are among the key challenges that Montenegro has been confronted with in the accession process into the EU. Thus, the establishment of the Committee represents a chance for making a comprehensive progress in the required reforms. However, in order for it to efficiently use its competences and to overcome the challenges that may arise in its work, the Committee for Anticorruption needs to define the directions of its work and the relationship with other Committees and anticorruption bodies.

The objective of this paper is to pinpoint possible dilemmas in the work of the new Committee, as well as to present desirable interpretation of its competences aimed at strengthening the parliamentary role in the fight against corruption and organized crime.