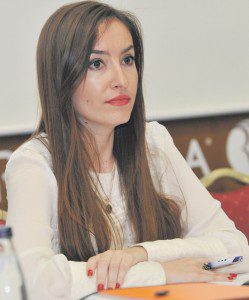 The Law on Internal Affairs has not yet been drafted and the working group is still working on it. Although we worked hard and held over thirty long sessions during two years of our work, there are still many ambiguous solutions. The problem that arises is that we had improved some issues and that discussions are now underway to bring back old solutions. This is particularly relevant in the area of human resources management in the police, which is the most important issue for its overall functioning.

The most important step forward in the law is prescribing that the lowest educational level that a person must have to enter into employment contract with the Police is V degree (Police Academy). We have seen during the previous week that there are problems even with personnel from the Police Academy who have attended an intensive two-year police training program, based on which it is clear how many problems can arise with those with IV degree and three month police training.

However, this solution alone is not enough because the police already has four and a half thousand police officers in service. For these persons in the service, a good system of monitoring work, performance assessment, additional training, merit-based promotion, which still does not exist, must be established. There is resistance both in the Ministry of Interior (MoI) and the Police Directorate towards moving the system from absolute freedom to discretionary decision-making on appointing heads of police units by the management, to building a system that will measure results and reward the best. We have not yet fully elaborated the provisions relating to these issues.

In this regard, it is especially important that the law prescribes an internal call for heads of police units so that all good candidates have the opportunity to apply and show interest in filling up the most responsible positions. This is not only the recommendation of the Institute Alternative, but all five experts who worked with the Working Group. There is also problem with the institute for dismissal of heads of police units which is not adequately regulated nor linked to the performance measurement and dismissal criteria, so every head of unit can be dismissed at any time. On the other hand, since there is no criteria, the lack of these provisions also allows those who are not worthy to be heads of police units. An example is the announcement of the return of Lješković to the position of the Head of the Special Anti-Terrorist Unit.

Although they have been implemented so far, for the first time security checks of police officers are legally prescribed. So far, they have been implemented only in the case of persons entering employment contract for the first time. However, they should also be implemented during the work of police officers because young candidates have not yet had the opportunity to make such serious mistakes as those who are already working in the police. I hope these provisions will not be deleted and that the MoI and the Police will show that they consider it important that those who are not worthy of the police badge do not remain in service.

We have also criticized the intent to abolish the MoI Disciplinary Commission and transfer responsibility to the Disciplinary Commission in charge of tens of thousands of state and local civil servants. The current version of the law has not significantly improved the supervision over the police, which is completely ineffective in practice. I hope that the Working Group will not give up the intention to separate job positions from titles in the Police and that the possibility of establishing fixed-term employment will be completely erased, which is also explicitly recommended by the experts.