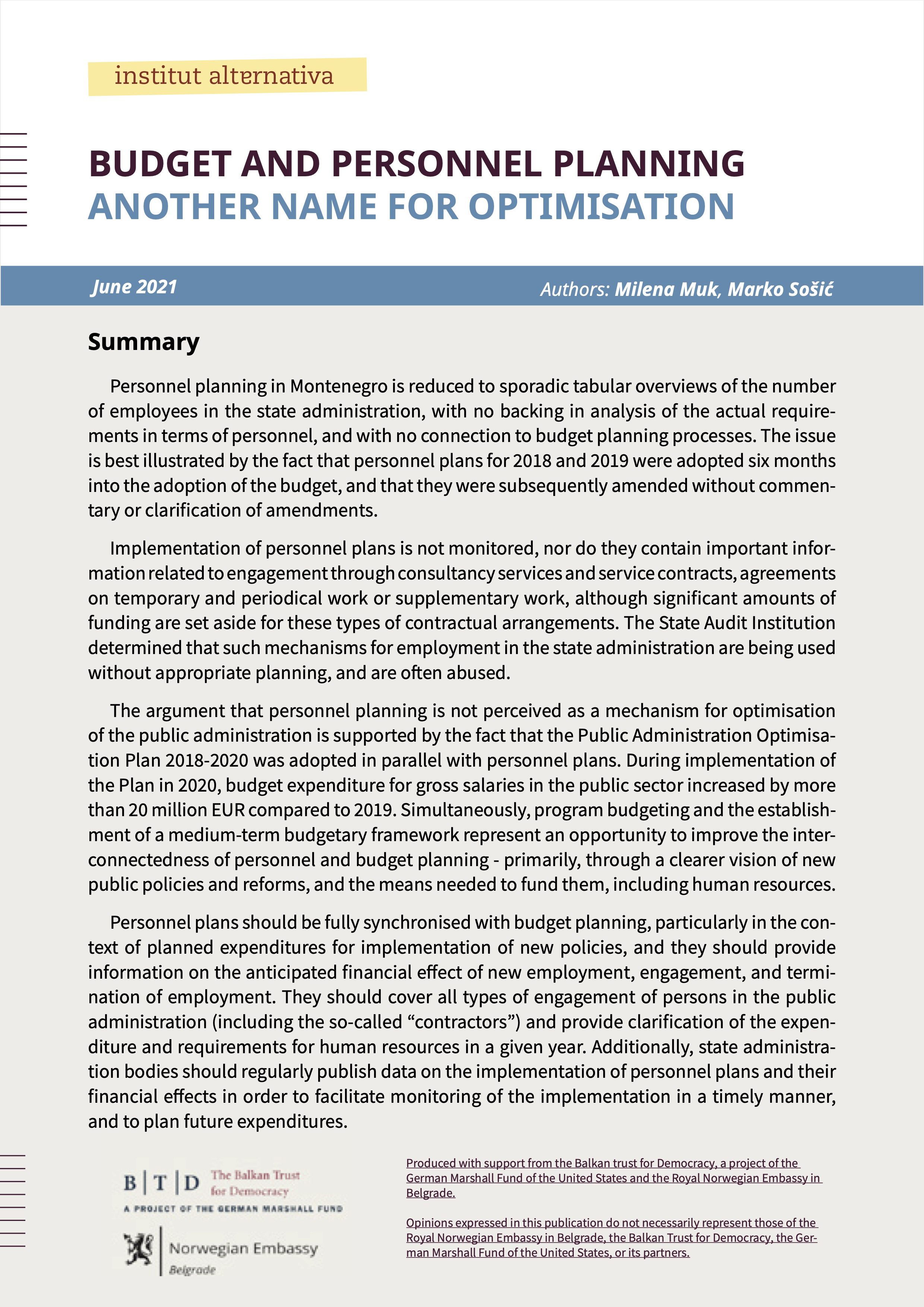 From the beginning of the implementation of the Public Administration Optimisation Plan in 2018 until today, the annual cost of salaries in the state budget has increased by 63 million, while the number of employees has increased by as much as 8%.

As the last attempt to reduce the number of employees through special planning document failed (as we warned that it would at the very beginning of implementation), in this analysis we advocate the systematic use of insufficiently used and poorly developed personnel planning mechanism as one of the alternatives.

Personnel planning in Montenegro is reduced to sporadic tabular representations of the number of employees in the state administration, without previously conducted analyses of essential staff, separated from the budget planning process. This is illustrated by the data that the personnel plans for 2018 and 2019 were adopted half a year after the adoption of the budget, but also that they are often changed without explanations.

The implementation of personnel plans is not monitored, and they do not contain important information related to engagement through consulting services and employment contracts, contracts for temporary and occasional jobs and additional work, although significant amounts are set aside for these types of contracts. The State Audit Institution also determined that modalities of hiring people for work in the state administration are used without a plan and are often abused.

The parallel adoption of the Public Administration Optimisation Plan for the period 2018-2020 shows that personnel planning is not viewed as a mechanism for optimising public administration.