Skip to content
Institute Alternative » Publications » Back to Basics: Re-affirming the Rule of Law in the Western Balkans 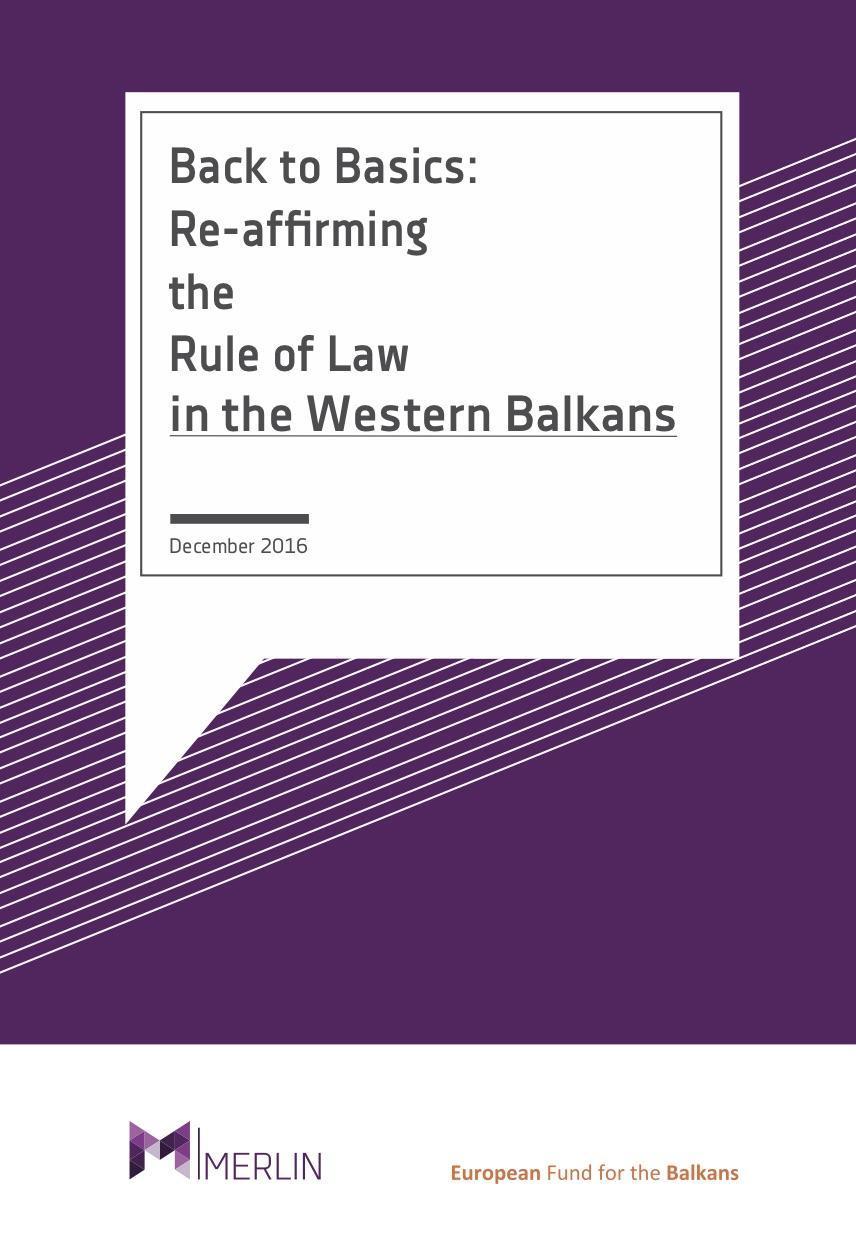 This paper urges decision makers in Macedonia, Montenegro and Serbia, as well as civil society and regional organizations committed to the EU integration of the Western Balkans countries and EU institutions to address the shortcomings of the EU-related efforts of these countries to this point and the overall reforms that aim for the democratization of the region.

Evidence shows that progress in democracy and rule of law reforms in the region, albeit different across countries, is slow. Even when it has been achieved, progress has generally been more technical rather than directly focusing on politically sensitive issues. In all three countries, it is particularly worrisome that issues, which should come first on the Governments’ agendas, come last. In other words, there is continuous trend of stagnation or backsliding in fundamental rights, and this has especially been reflected in deteriorating media freedom and the violation of human rights by police officers and other official institutions.

Curbing overarching politicization in the region is a key precondition for a more efficient fight against corruption. The EU, Governments and CSOs should thus avoid technicisation of the EU accession efforts. The EU should persist with its “fundamentals first” approach, with more efficient inclusion of civil society in the process of EU integration. CSOs should continue independent monitoring and evaluation of rule of law efforts and with promoting examples of successful reforms – the so called “agents of reform” across the region, to spur positive peer-pressure among the countries.