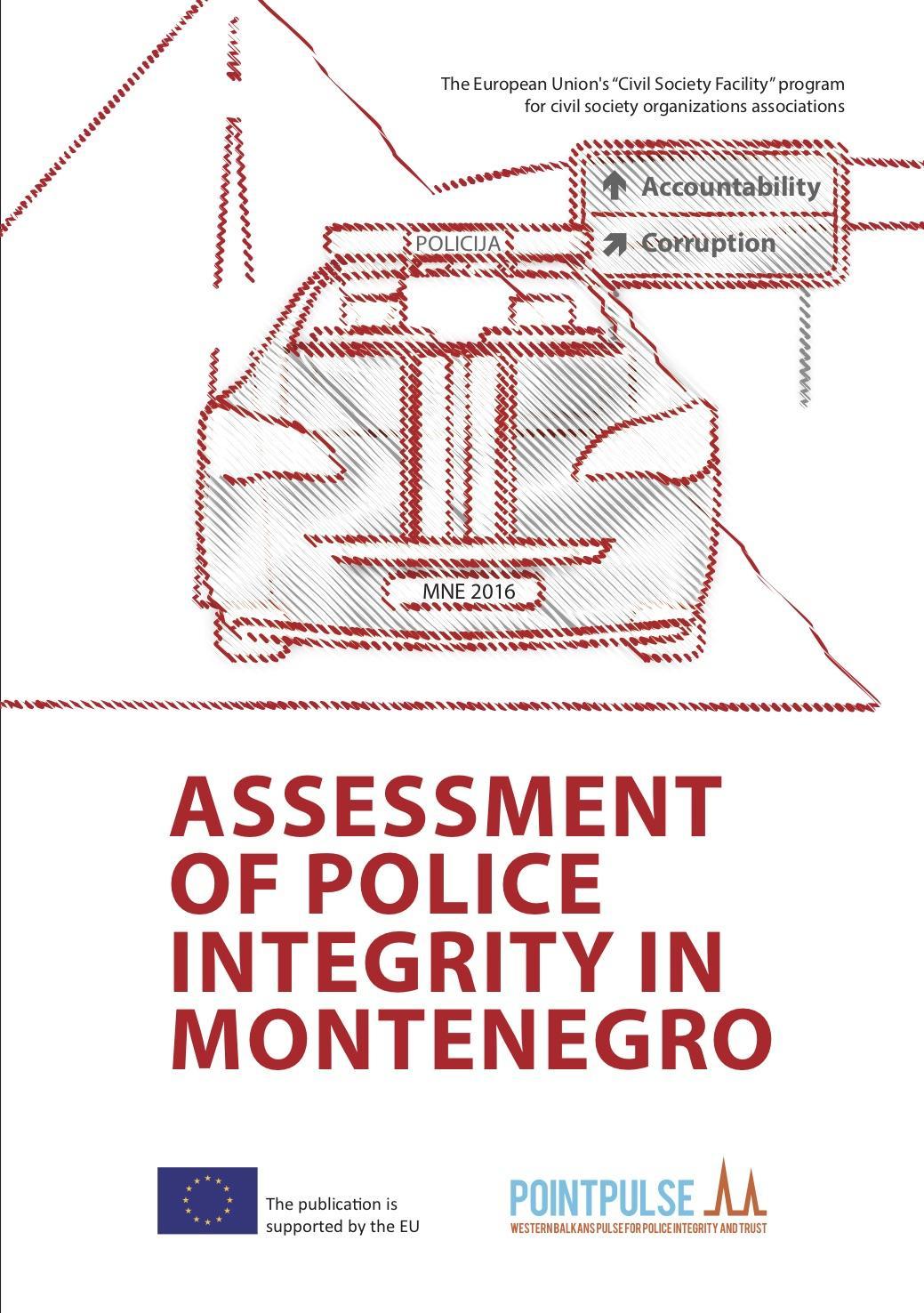 The second assessment of the institutional integrity of the police, prepared by a team of researchers of the Institute Alternative, analyses the following: the methods used by the system to resist irregularities and illegalities in the work of police officers, how the system responds to the observed irregularities, and especially the problems faced by the actors in charge of controlling the police in their attempts to achieve efficiency.

The analysis covers the period from November 2016 to November 2017 and builds on the results of previous research. In this report we have presented the key novelties, changes and improvements, but also the negative practices and obstacles to efficient work, with the intent to make a contribution to improving the functioning of the police and increasing public trust and confidence in its work, the level of which – much like in other Balkan countries – happens to be very low.

The report has five chapters. The first chapter is devoted to bodies that perform external oversight of the police. There are five of them Montenegro: the Assembly of Montenegro, the Council for Civil Control, the Protector of Human Rights and Freedoms, the Agency for Protection of Personal Data and Free Access to Information, and the Anti-Corruption Agency. The two following chapters are titled Human Resources Management and Financial Management, while the last two are devoted to internal control in the broader sense (made up of the Internal Control Department, the Disciplinary Commission, the Ethics Committee, and the heads of organisational units of the police), and finally, to the criminal liability and the work of judicial authorities.

The Report is published as part of the project titled “The Pulse of Integrity and Confidence in the Police in the Western Balkans: POINTPULSE.” The project is supported by the European Union through the program “Promotion of Civil Society” for the network of civil society organisations under the Instrument for Pre-Accession Assistance (IPA). The contents of the Report are the sole responsibility of the Institute Alternative and views expressed in this document are not necessarily those of the European Union.