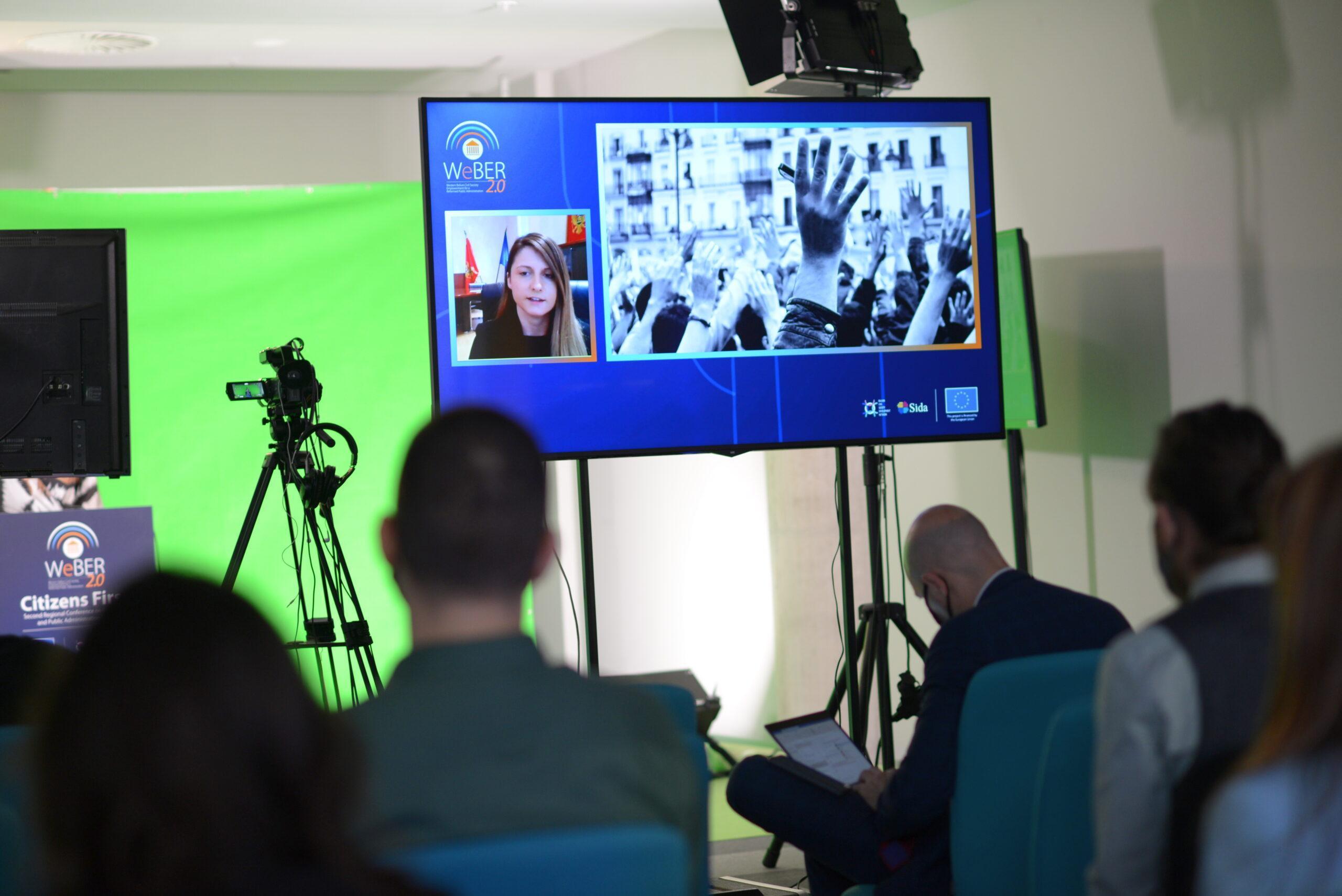 The first day of the regional conference ‘’Citizens first’’ was held in Belgrade today. We organised the event within the Think for Europe Network, as part of WeBER 2.0, a regional initiative dedicated to empowering civil society and citizens to be more willing to monitor and control the public administration reform process.

Tamara Srzentić, Minister of Public Administration, Digital Society and Media of Montenegro, said in her introduction that “when the community gathers to solve problems, anything is possible”. She added that sometimes happens that planning and implementation are not well connected. “This policies can be compared to a car that is loosely connected to the wheels – you will not get where you wanted and you will hurt many people in your way”, said Srzentić.

Srzentić said that policies should be made “starting with the users”, that is, to have them in the foreground. “The Government cannot do it alone – if you are part of the community, which we all are, we can help governments create a society that benefits us all”, said Srzentić.

Milena Lazarević, the Program Director of the Center for European Policies (CEP), which leads WeBER 2.0 project, pointed out the fact that the governments in the regions are implementing reforms “only for Brussels”, and not for their citizens. “Through many cases, it can be seen that when laws are passed and policies are considered, drafts are sent to Brussels and international actors, but public consultations, which should be at the heart of the process, are often not held”, said Lazarević.

Mirjam Feran, Director of Strategy and Turkey at the European Commission’s general Directorate for Enlargement and Neighbourhood Policy (DG NEAR) said that a well-functioning administration is the one where processes and institutions are created to meet the needs of society by using resources at their disposal.

“We want to create a system based on partnership that works in both directions – for both civil society and the administration. This relationship is sensitive because sometimes there are obstacles, but also misconceptions. Therefore, it is important to build a trust between civil society and public administration”, she added, emphasising that it is not an easy thing to do. “Issues of working with the government, administration and improving the functioning of public administration, as well as the importance of transparency and inclusiveness, is something that EU countries are constantly working on, because it should never stop”, concluded Ferran.

Hata Kujraković, a student from Sarajevo, who spoke as a youth representative, that said young people from entire region were very disappointed with the situation. Young people are especially frustrated and discouraged when they see how the public sector is employing through connections. “It is very demoralising when we see that all the money, effort, time we have invested in education and personal development, the sacrifices we have made – are simply not enough because we do not have ”connections”. Because of this feeling of despair, it seems  that we have only one thing left – to leave”, she said.

Gregor Virant, Director of SIGMA – a joint initiative of the OECD and the European Union and former Minister of Public Administration of Slovenia aimed at supporting the reform of administration of countries in the process of EU accession, added that “expectations of the speed of progress on the EU path in the region are high’’.