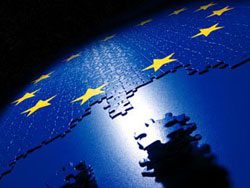 Although the Anti-Corruption Committee has initiated many major issues during 2014, regarding risks of corruption in public procurement, there are still fundamental problems which limit, to a large extent, positioning of this working body of the Parliament in the institutional frame for fight against the corruption. As a significant improvement should be noted that the Committee has considered the progress in regard to the implementation of measures from the Action Plan for implementing the Strategy for Fight Against Corruption and Organized Crime, as well as the progress from the Action Plans for Chapter 23 and 24. However, tracking of progress should be continuous, and meetings should be dedicated to key issues in the negotiation process, which often refer to the fight against the corruption. Furthermore, the committee should make analysis and propose measures for improving the fight against the corruption and organized crime.

The Committee hasn’t implemented the important activities of the Annual plan for 2014 which refer to the consideration of reports of institutions of competence for the fight against corruption and organized crime, as well as to the implementation of action plans to combat this phenomenon at the local level. In addition, the Board hasn’t implemented any hearings expected by the Work Plan, such as consultative hearing of the Director of the Anti-Corruption Initiative. The opposition, furthermore, doesn’t use the right of “mobility” of two control hearings, which is guaranteed by the Rules of Procedure. Only the Committee on International Relations and Immigrants took the advantage of this opportunity in the first half of 2014.

Anti-Corruption Committee still has not found a procedure for examining complaints which are being submitted by interested parties. This problem was highlighted by the European Commission in this year’s Progress Report. Examination of complaints is an important task of the Committee and it is of a great interest to establish this procedure as soon as possible. Also, it is necessary to regulate and review of acts within the scope of the fight against corruption and organized crime by the Committee on Anti-corruption. This should be achieved by the amendments to the Rules of Procedures on the basis of which the Committee, as the working body of competence, could examine the laws and acts related to the fight against corruption.

This event was organized within the project “Analytical monitoring of the oversight function of the Parliament“, which is implemented by Institute Alternative, with the support of the Open Society Foundations – Think Tank Fund from Budapest.