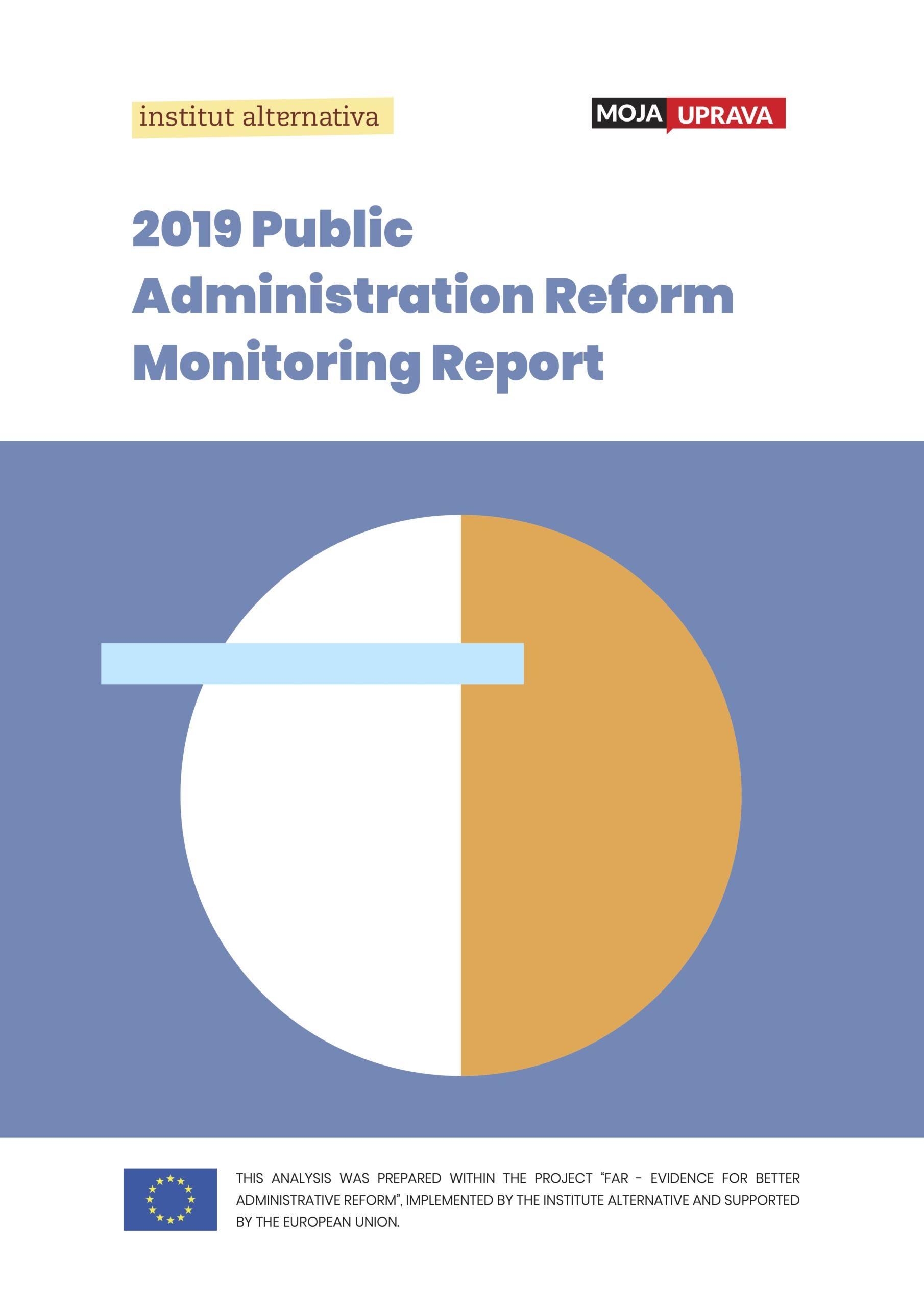 In the area of the civil service system, the "new" Law on Civil Servants and Employees is being processed, which has been in force since July 1, 2018, which perpetuates the old practices. Then, the analysis of the procedures for filling vacancies where there is no written evidence of conducted interviews, which renders the provisions on the transparency of the procedure and candidate’s right to access documents related to the advertisement meaningless. The Ad interim status is analyzed as the weak link in the professionalization of civil service management and abuse of this practice, while HR planning at the central level reflects an absence of a strategic approach, the essence of HR planning has not been grasped.

The chapter on accountability analyzes the organization of administration, Administrative inspection, Disciplinary Board, Code of Ethics, Complaints Committee, integrity plans, Budget inspection, as well as decisions and challenges in the work of the Protector of Human Rights and Freedoms (the Ombudsman). Free access to information points to the case of the case of the Government of Montenegro Commission for Housing Issues, proactive disclosure of information and the open data portal. A survey of citizens' attitudes towards public administration services shows that in the last three years, a higher share of citizens who are familiar with the existence of the eGovernment portal has been recorded, while only 7% of Montenegrin citizens use the portal.

The Report on the handling of administrative matters, published by the Government in 2019, for the first time also includes reports on the local self-governments’ handling of administrative matters, as a requirement under the new Law on Administrative Procedure. In the domain of electronic services, institutions do not update their data on the released e-services, do not promote their services on the e-government portal, do not have information on the number of services they provide on the portal, do not use the opportunities for digitalisation of services provided by the portal and insist on receiving hard copies.

This analysis was prepared within the project “FAR - Evidence For Better Administrative Reform”, implemented by the Institute Alternative and supported by the European Union within the sector budget support for public administration reform.