Our remarks on the Draft Law on the Budget of Montenegro for 2016, presented at the session of the Committee for economy, finances and budget

Budget as a moving target

Although the Government respected the legal deadline this year by submitting the Budget Proposal to the Parliament on time, it has actually continued working on it. The budget proposal that the members of the Parliament are deliberating is a ‘’moving target’’ – at the moment, the changes are being prepared at the Ministry of Finances, new negotiations with expenditure units are being held and the Draft Law on Wages of the Public Sector Employees, the previous version of which was the basis for the planned Budget, is being deliberated in the Parliament. Also, the budget was planned relying on the adoption of the changes of the Excise Tax Law, but also based on the Law Proposal on Amendments of the Law on Public Broadcasting Services (according to which RTCG has a budget of 0.3% GDP). 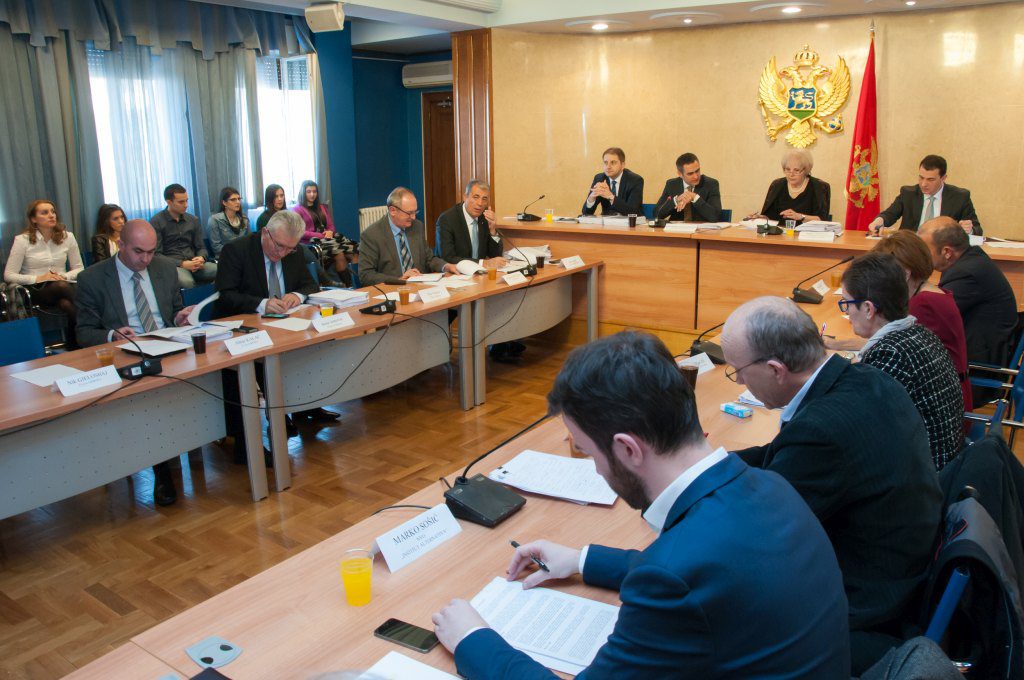 This budget proposal is within current expenditure marked with 10 % growth when compared to the last year plan, which represents some 50 million. If we follow the argument of the Ministry of Finance that the implementation of the Law on Income in planning the budget brings about 13 million of fiscal burden, it means that we still have some 37 million of increase in other items of the budget – material expenses, service expenses, maintenance and other expenses.

The rulebook on budget classification (…) the expenditure marked as ‘’other’’ makes room for various other expenditures that in fact include the categories with the highest budget allocations (other personal income, other material expenses, services, and ‘’other’’ within the rest of costs.

In comparison with the 2015 plan, a certain growth of 5% of expenses based on service contracts payments is also noted, where the growth was 15% higher than in 2014 – all of which does not go in line with the recommendation of the SAI that this form of employment should be reduced – which means stopping the illegal practice of using service contracts for the national competent authority positions.

It should be noted that throughout this year, there were 52 reallocations among the expenditure units worth 5 million.. Also, in the first half of the year (deemed more ‘’quiet’’ in this respect), 400 reallocations within the expenditure units took place; worth around 8 million. According to our first analysis, a great deal of these allocations was supposed to increase the income of the operating budget, aiming for budget parts that are targeted for reduction, from business trips, representations to various ‘’other’’ expenditures.

The multiannual planning fails after a few months

The draft proposal of the law breaches the limits defined by Directives of macro-economic and fiscal policy for multiple expenditure areas, by which Article 22 of the Law on Budget and Fiscal Responsibility was breached as well. Out of 39 first-level spending units for which the limits are defined, 21 of those contain breaches of those limits (meaning more than a half), and that violation is in some cases highly significant in percentages (Ministry of Defence, NSA, Judiciary…).

In March 2015, the Government has adopted the Directives of macro- 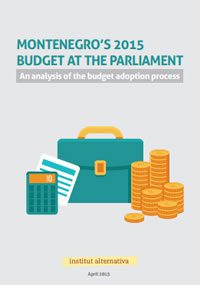 economic and fiscal policy which, among other things, set the limits of the first level budget spending-units users for the next three years. These limits from the Directives are obligatory and must be respected for the following year, while for the following two years they are only indicative. If we cannot precisely predict the limits in March this year for next year, how can we then talk about multiannual planning and what are the consequences of such breach of law?

An increase of budget happened among almost all expenditure units. This increase is in most cases significant in percentage, but there are more extreme cases (State Electoral Commission 1262%, Council for Privatisation and Capital Projects 113%, Commission for the Control of Public Procurement 58%, Official Gazette 526%, Ministry of Health 110%, etc.).

Out of 101 spending units that are in the organisational classification, among 11 the budget is the same as in the 2015 plan and among 9 a decrease of budget took place. Among those 9, State aid Control Commission can be found for which the State Audit Institution (SAI), among other things, after recommending a revision of state guaranties also recommended strengthening the capacity in the sense of organisation and expertise.

What can be done?

As to this budget proposal, we are facing a fait accompli – there are no significant changes that can be done. The only thing that can be done is to make the next budget better. It is necessary to find a version of a so called ‘’deep analysis of budget line expenditures’’, done by a team of experts whose main goal would be to set up a precise system of financial reporting on specific, overly general expenditure budget lines, as well as to recognise irrational expenditures and saving opportunities.

Today is December the 17th, and there is still not a single budget amendment submitted, besides those that the proposer accepted at the Legislative Committee which only touches upon spell-check. The opinions that the working groups delivered are mostly loci communes and general phrases.

The next budget proposal should not be considered without a specialised expert service for budget analysis (regardless of the working groups’ structure). The members of the Parliament are replaceable and depend on the election results, and parliamentary service should be the permanent expert core that would be able to do a budget analysis and contribute to a functional supervision of its implementation.

The Parliament must be involved in tracking the implementation of the Public Financial Management Reform Programme which involves various areas crucial for the budget cycle, from planning to its implementation, further development of programme budget, capital budget, public procurement, transparency, etc.

The Committee for Economy, Finance and Budget must demand a report on the work of financial inspection of the Ministry of Finance, which should provide the data on noted, reported and sanctioned breaches.