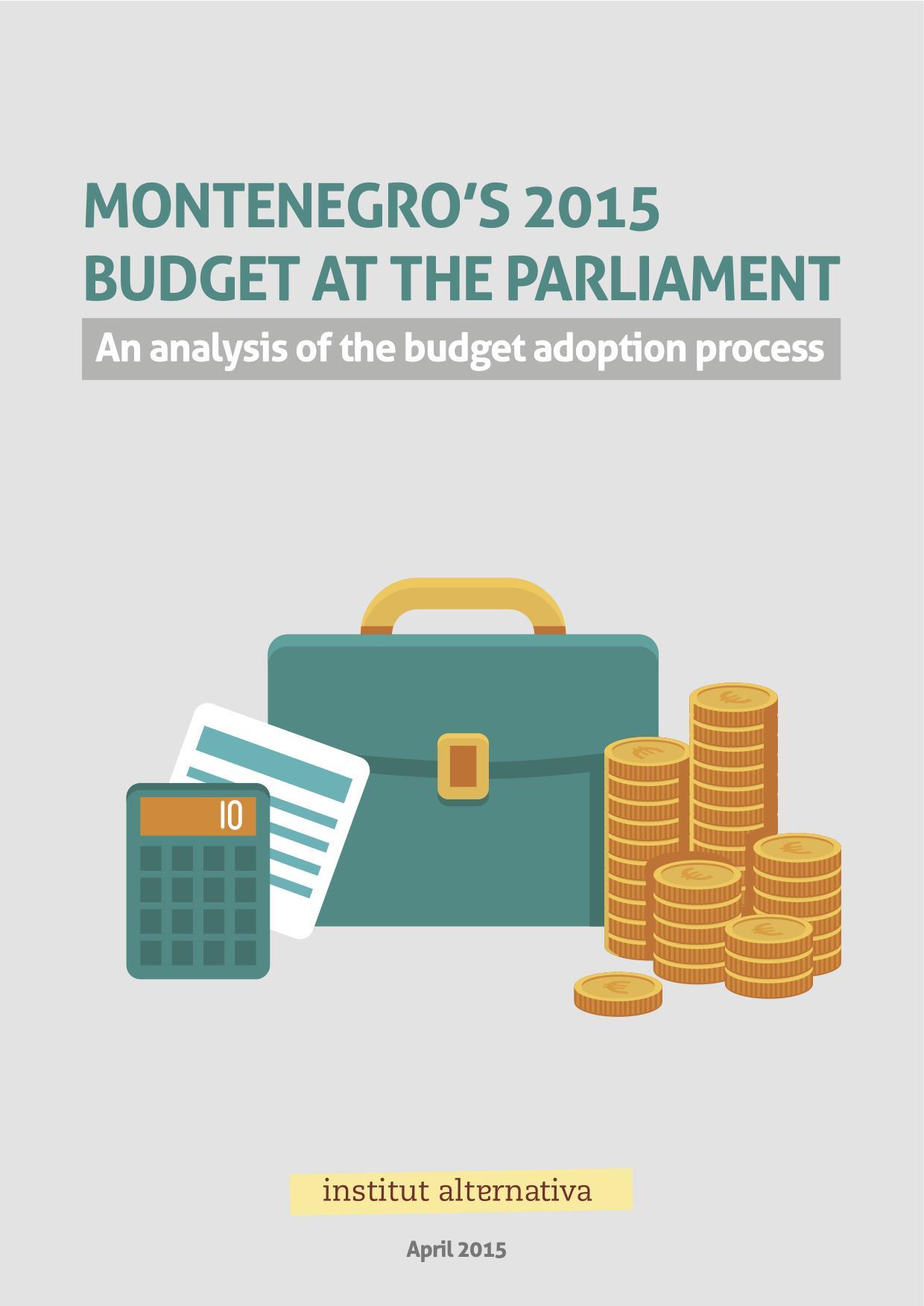 The draft Law on Budget for 2015 got to the Parliament in mid-November 2014 – sooner than any previous draft budget law had ever been submitted, and this was owing to the amendments to the systemic law and the budgetary calendar. During the parliamentary procedure of discussing the budget, virtually all of the working bodies held discussions, and the MPs submitted 70 amendments, of which only 18 were adopted and just one of them came from the opposition. Through these amendments the MPs have reallocated around EUR 3 million.

From a formal aspect, everything appears to be in order: the parliamentary discussion phase of the budgetary cycle (i.e. its adoption) seems dynamic, and MPs exercise influence on the final version of the budget.

For years we have advocated for much-needed amendments to the systemic Law that would ensure a greater Parliamentary influence on the budget – more time for discussion on the draft budget, greater involvement in the formulation phase, more information on all the phases of the budget cycle, and more opportunities for operational parliamentary control of the budget. However, our focus on legal amendments and Government activities has caused us to overlook the fact that the key preconditions for exercising influence on the budget creation are the will and knowledge of MPs and the Service of the Parliament.

That is why we began analysing the budget adoption process and took as a case study the draft Law on Budget for 2015. We looked at how different the final budget voted in the Parliament is to the draft submitted to it, and we gave a critical review of the way those changes were made. We looked into the MPs’ and working bodies’ discussions on the draft budget and how and why they introduced amendments, we analysed the amendments submitted by the MPs, we identified the shortcomings, and provided recommendations on how to overcome them.

The amendments on the draft budget the MPs have submitted are largely incomplete and superficial, and they often give an impression of a lack of knowledge about the budget system, the structure of the national budget, and the budget of individual spending units they wish to amend. The structure, professed intentions, and presentation of the amendments proposed by MPs largely point to a conclusion that they are proposed as populist measures that would resonate with the public and draw attention – and not with the view to introducing constructive change to the budget.

We also noted certain systemic limitations, such as: uncertainty of adopted amendments, whose implementation is not monitored; the inability to influence the capital budget due to the lack of transparency of this section of the budget and the Parliament’s exclusion from its formulation; the lack of a structure at the Service of the Parliament that would offer expert assistance for studying the budget and proposing amendments; as well as the lack of a structure that would track the implementation of all the adopted amendments throughout the year.

In order to help overcome these issues and empower the Parliament towards a more constructive role in the annual budget preparation, at the end of this study we offer a set of recommendations for amending the legal framework and practice, which we will advocate for in the future.