Last year, state had to pay 16 million euros for lawsuits – nine million for the debt principal, and the rest for court expenses and enforcement costs. Problem of double payment is easily illustrated by an example from the Ministry of Interior and employee who sued the state for principal debt of 1.45 euros, and the state paid an additional 513.36 for litigation and enforcement costs.

Last year, Montenegrin courts ruled in 4,025 civil cases in which the defendant was state. Due to the loss of disputes which were mainly initiated by public servants for violation of their various rights, the damage for the state budget was 16,087.157.48. This is not a final sum, because additional costs are expected in 2019 and the following years , having in mind that at the end of 2018 as many as 13,355 cases remained open. The amount of 16 million is not a real cost, since the actual claim of the claimants or the debt principal was almost half – 9,389,878.15 euros, while the rest of amount is litigation, i.e. court and enforcement costs. 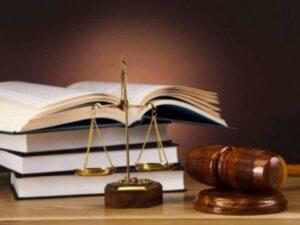 The problem of double payment is easily illustrated with only one example form the Ministry of Interior, which along with the Ministry of Defense, is the record holder in lawsuits against them. One employee from this Ministry sued the state for a principal debt of 1.45 euros and received an additional 515.36 euros, or 350 euros for litigation costs and 165.36 euros for enforcement costs. At the end of 2018, citizens paid 1,537,701.59 euros for the principal debt, 451.344,81 for litigation and 253,518.91 for enforcement costs for the unlawful work of the Ministry of Interior. The record holder of lost disputes, and therefore damage for the budget, is the Ministry of Defense whose mistakes cost the citizens 1,199,463.41 euros.

Complete cost for the unlawful work of state institutions exceeds 130 million in the last five years. 2019 Budget Law prescribes that for the “obligation from the previous period” as much as 18,530,001 euros will be spent, as well as 1.8 million euros on litigation costs.

We did not find out why the citizens are paying millions of euros each year because of the unlawful work of state institutions while no official is held responsible for this, because the General Secretariat of the Government did not answer questions. Also, the General Secretariat did not consider necessary to explain to the public what the Government plans to do regarding the data from the 2018 annual report of the Protector of Property and Legal Interests, which shows that the problem of managing disputes is not being resolved.

Aside from no accountability, there is not even a clear accounting record of litigation expenditures that would allow an overview of incurred expenditures with the analytical and subanalytical classification, such as principal debt, interest rate, as well as costs of proceedings and enforcement. The Ministry of Finance said for ‘’Dan’’ that ‘’resolving this issue is not their competence’’, passing the responsibility to other departments.

-Institutions should keep records on litigation payments, payments based on court judgment, as well as enforcement. Bearing in mind that the Central Bank of Montenegro (CBCG) makes enforced payment from the main account of the State Treasury, the Ministry of Finance’s only stated involvement is keeping a record of these transactions.

Last year, 99.95% of expenditures on court decisions were collected as enforced through CBCG.

Ministry did not calculate planned cost of litigation in 2019 of over 20 million euros on the basis of a careful analysis of the situation so far, but using a free estimate because, as they say, these costs are difficult to predict.

Protector of Property and Legal Interests of Montenegro Dragana Đuranović did not think that she need to further explain the losses of state money, apart from what is already stated in the annual report. She claims that cooperation with the authorities with most disputes, namely the Ministry of Interior and Ministry of Defense, has been “continuously improved’’, but does not explain how.

Protector stated they are not doing an analysis of the disputes against the state nor informing the authorities in order to implement measures for prevention of disputes, as recommended by the SAI. Đuranović said that they report to the Government quarterly and considers her job completed.

It is interesting that the Ministry of Interior paid compensation for overtime hours to its employees for years, even though they did not have software to record working hours. This is stated in the document of the SAI, Report on the control audit of the MOI, from July 2018.

SAI recommended that the Ministry of Interior, in cooperation with the Ministry of Finance, develops procedure to control the employees’ salaries, in accordance with the Instructions on the work of State Treasury that was in use at the time of the audit. The Ministry says that they are taking measures to fully implement the SAI’s recommendations, both in terms of internal procedures and in the areas of cooperation between authorities, since the implementation of some recommendations implies the involvement of other departments.

Until October last year, the Ministry of Interior spent a total of 78,730.76 euros on compensation agreements. According to information obtained by Institute Alternative, a large number of agreements were signed in May 2018, mostly with officials from Bijelo Polje, who were hired overtime during the protest organized by the Democratic Front. Namely, the officers worked overtime during that period because a part of the employees from Bijelo Polje were hired to assist in Podgorica during the protests.

Instead of offering a solution, the Government intimidates officials

According to Marko Sošić (IA), since the release of the SAI’s Report on Labor Disputes in 2016, the Government has not addressed either the causes of the problems (nonexistent or poor records of work and employees rights with violation of regulations by the senior managers), or the management of the consequences of disputes and how the state is fighting disputes and rationalizing their costs.

The only effort of the Government to solve these problems is to try to intimidate those who sue the state by publishing lists and calling them out. At the same time, in almost all cases, the authorities do not pay in a timely manner expenses of the final judgments, but rather wait for the enforced payment and increase of total expenses. In the Ministry of Interior, absolutely all of the cases were paid by enforcement. This is not only responsibility of individual institutions, but a systemic problem of chronic irresponsibility towards citizen’s money, for which the Government and, first and foremost, Ministry of Finance are responsible – said Sošić.

This article was prepared within the project ‘’Money Watch – Civil Society Guarding the Budget!’’ that is implemented in partnership with Institute of Public Finance from Zagreb and NGO New Horizon from Ulcinj. The project is financially supported by the European Union and co-financed by the Ministry of Public Administration of Montenegro.

This article was originally published in daily newspapers ”Dan”.