Skip to content
Institute Alternative » Public administration » Why is the evaluation of EU support important to the rule of law?

The European Court of Auditors has confirmed the EU weakness to produce comprehensive changes in the rule of law in the Western Balkans with the current approach, but it also offered recommendations for better incentives and conditions.

The lack of political will, of ownership of reforms and marginalization of civil society – are the main reasons why the Instrument for Pre-Accession Assistance of the European Union (EU) in the field of rule of law in the period 2014-2020 had no lasting effects. The key findings of the evaluation conducted by the European Court of Auditors speak of capturing the state, reluctance of domestic elites and financial support procedures, which are not necessarily based on measurable results. This is why it is important to point out key lessons, which more or less explicitly show the weaknesses of the EU conditionality policy and its financial support. The fact that they come from the official EU institution, in charge of independent external audit of financial management, gives special weight to these findings.

A captured state does not reform “on its own“ 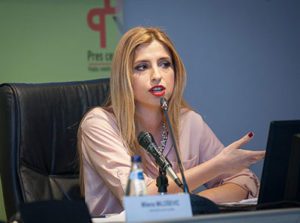 The report reminds that indicators of relevant international organizations showed that state capture and widespread corruption have not been reduced by numerous EU reform activities in the region. On the other hand, regular annual reports of the European Commission on the Enlargement countries do not contain a section dealing with the assessment of political will or ownership of reforms. On the lack of sustainability of the rule of law reforms, perhaps the most telling information is out of the twenty IPA projects specifically analyzed in the report, only three were taken over by national institutions upon their formal completion.

The marginalisation of civil society

In Montenegro and countries of the region we are used to complain about the treatment of civil society by national governments, rightly so. What is rarely problematised is the poor visibility of findings and monitoring by civil society in reports and missions of the EU institutions. The European Court of Auditors has recognised that the EU did not sufficiently take into account the role of civil society organisations. It warned that the EU support for civil society projects in the field of rule of law is insufficient to respond to the needs of the sector, and that it is mainly focused on short-term projects.

The report also points out that the European Commission did not use the indicator for monitoring IPA support to the political reforms, which refers to “the percentage of policies and reforms during which civil society was consulted in an effective way”. This had a negative impact on monitoring progress in this field.

Discrepancy between conditions and financial support: “balance clause” without guidelines for implementation

The EU has an option of making financial support conditional on appropriate progress in key areas, but the report emphasizes that it is rarely and unevenly used. The balance clause makes it possible freezing of the opening or closing of other chapters until satisfactory progress has been made in the rule of law (Chapters 23 and 24). This tool has the potential to encourage domestic authorities to react appropriately and make progress in problematic chapters. However, the European Court of Auditors has shown that there are no guidelines which would respond to questions how and when to implement the balance clause.

The report is more specific in recommendations than the now forgotten 2018 Strategy of the European Commission, which has promised to restore the credibility to the enlargement process, and more than the new accession methodology, which remains only a set of vague ideas. Among other things, it points out the need to define the final impact indicators in the fundamental fields of the rule of law, such as judicial independence, freedom of expression, the fight against corruption, but also the state capture, which is largely below EU radar. Moreover, it is suggested to monitor the contribution of the civil society to the rule of law, which could provide a clear basis for the much-needed reform of the overall support and role of civil society. It points out the need for the European Commission to link the distribution of IPA III funds, for the period 2021 to 2027, in the areas of agriculture, rural development and infrastructure to the progress in the rule of law.

These and other recommendations in the special report of the European Court of Auditors are a good basis for a new and different approach to EU enlargement.