Successful public administration reform is one of the key criteria for Montenegro’s accession to the European Union and it is under (the watchful eye) of European institutions. However, if this process is successful, its benefits should be felt by Montenegrin citizens due to the simplification of administrative procedures, improvement of services and the faster and the better realization of citizens’ rights before the state administration bodies. The reform should provide better control over the legality and accountability of organizations with public authority and more rational approach to the use of human and financial resources. In addition, a more functional and efficient system of local self-government should respond to the needs of the local population.

Public administration reform, therefore, should contribute to a better quality of the life of Montenegrin citizens.

However, each public decision-making process has a different impact or influence on different social groups, including men and women. Gender-sensitive reform policies are necessary to ensure equal access of both women and men to the government services, labor market and equal representation in decision-making places. Equality between women and men is an important development goal in itself and has a decisive impact on poverty reduction and on inducing the inclusive growth and societal development. Nevertheless, processes such as planning, budgeting, and administration are often considered gender-neutral. As a result, the gender dimension of the public administration reform in Montenegro is poorly visible, both in the rhetoric of those who lead this process and in the current Strategy and Action Plan for Public Administration Reform.

Gender inequality persists in our society, in our social, economic and political life. Usually, it is additionally encouraged by the laws, policies and decision-making procedures that lack gender perspective. The most recent example represents a recent reform of social and child protection, which contributed to discrimination of women by withdrawing women from labor market through the introduction of allowances for mothers with three or more children. It also strained the state budget and almost led to the collapse of an already inefficient social protection system. The lack of gender perspective in this area led to the growing poverty of women and children with the experience of family violence and to the difficult material and social opportunities of single parents and their children.

To some degree, encouragement represents the fact that the number of women on the decision-making positions has been rising, and that, according to the most recent reports, the participation of women in higher (top) positions in public administration is not far away from European average. However, that cannot guarantee that gender perspective will be incorporated into the political and other debates. This is neither guaranteed by specific policies, regulating the issues of gender equality and position of women, as long as the women are the only ones who are dealing with them and the majority is not interested in their effective implementation. Political will means the clear allocation of human and financial resources for the realization of envisaged measures and activities, and the impact assessment of policies on the quality of life of women, and therefore of the rest of the society. This is not reflected in reports on the application of sectoral strategies such as the Strategy for achieving gender equality, the Strategy for Protection against Violence against Women and Domestic Violence, which contain only information on realized activities, but no information on their actual impact on the lives of women in Montenegro. Moreover, they do not deal with the implementation problems and they do not provide recommendations for improving the state of play. There are not enough funds for financing of gender equality policies in the state budget (gender sensitive budgeting). On the contrary, the realization of these policies depends on donors, with no information on the exact amount secured by the donor and the exact amount contributed by the state.

Therefore, the gender analysis and gender budgeting should be the obligatory part of every initiative for public policy development or amendment, what is, after all, an obligation prescribed by the Law on Gender Equality. This would ensure that public administration reform is based on the specific needs of women and men – especially women and men from poor and marginalized communities, and to ensure that public policies, investments, and services respond better to community needs.

The blog was produced within the project “Civil Society for Good Governance: To Act and Account!”, Implemented by the Institute Alternative, Bonum, Nature, New horizon and Center for Research Journalism, and funded by the European Union within the Civil Society Facility , and the Balkan Trust for Democracy, a project of the German Marshall Fund of the US (GMF). The contents of the blog are the sole responsibility of the author and can not be taken to reflect the views of the donors. 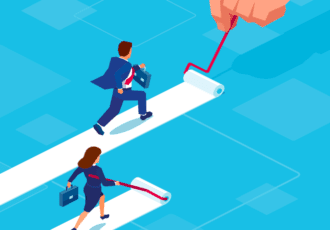