Skip to content
Institute Alternative » Publications » Who owns our public enterprises in Montenegro? 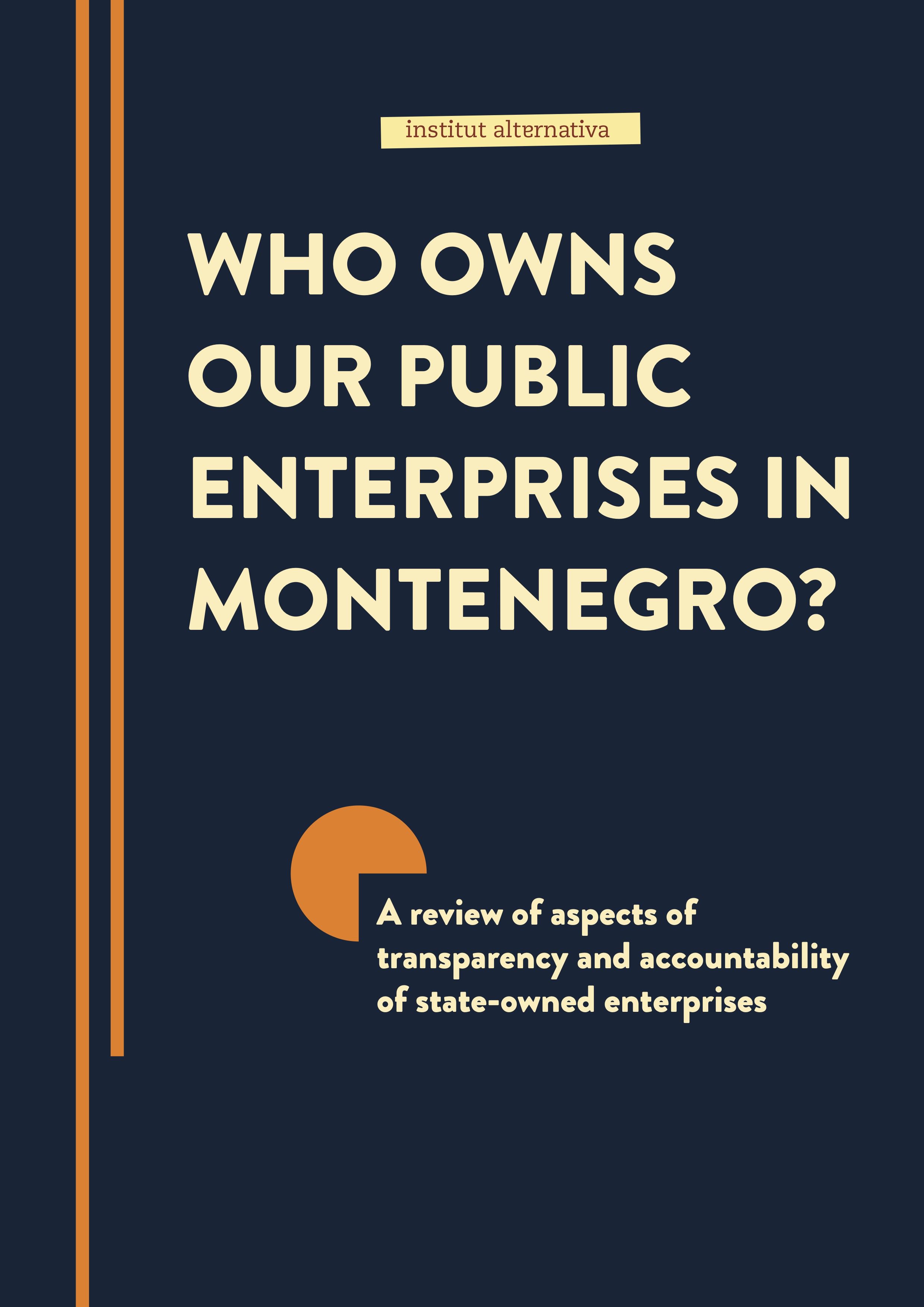 There are (at least) 56 enterprises in Montenegro in which the state has majority ownership, which employ over 12 thousand people and spend almost 200 million a year on salaries. More than half a billion euro of loans given to state-owned enterprises are at present guaranteed by the state and they can at any moment become a burden on a budget. In the meantime, most of enterprises make losses, and out of the top 20 legal entities which are on the tax debtors blacklist, 11 are state-owned enterprises owing about 50 million based on taxes and employee contributions. At the same time, in the current year only, three new state-owned enterprises have been established, in spite of the fact that the Government has not yet produced a legal framework which would enable the state to have an insight into the state of affairs in its enterprises and give it authority to prevent or solve problems in their work.

This report provides an overview of burning issues in the field of supervision of state-owned enterprises, problems regarding financial audit and control mechanisms, insufficiently defined conditions for appointment of boards of directors and CEOs, lack of staff payment and human resources management policy, numerous fiscal risks and low level of information availability and transparency of state-owned enterprises. Finally, the report gives concrete recommendations, whose implementation would address the accumulated problems, the need for a new legal framework for state-owned enterprises and the establishment of a central body responsible for regulatory and supervisory policy in state-owned enterprises, being the most important ones.

As part of the work on this report, we collected a significant amount of documentation on individual state-owned enterprises (including documentation on staff numbers, salaries, sponsorships, donations, financial aid, severance pay, directors’ contracts, board of directors’ decisions), which we organised and made available to public through our website “Who owns our public enterprises”.