Skip to content
Institute Alternative » Blog » Who cares about regulations? 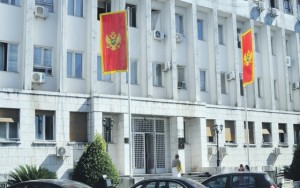 Introduction of legal obligation to organise public discussions on all laws, as well as calls of invitations for participation for interested parties in working groups dealing with the preparation of these regulations, represent a progress in regulating normative framework for public consultations in Montenegro. This is so because in 2010 the European Commission has , in the context of the priority of starting the accession negotiations, recommended to the Government: you can join the European Union only if you establish an efficient framework for active participation of the civil society in public policy making process.

Today, five years later, this framework as well as a round of progress have come to an end by going back to where we started and to the practice of including interested parties when, as much and the way the Government wants it. And when deviations happen from what is expected by legal obligations in this area, the reasoning behind it is based on the necessity of an urgent procedure adoption, or most often it is at the level of providing null reasons. In other words, do we need better argument than force?! We base this estimation on the preparation process of several important regulations throughout 2015. However, let’s start from the beginning.

In March, after several years of delay, the public has had the opportunity to be introduced to the Draft Law on Public-Private Partnership (PPP). The Ministry of Finance (MF) has predicted that this law should be ‘’publicly discussed’’ for 20 days, ignoring the fact that the Regulation states it should be double as long. The time framework has been prolonged shortly after the Institute Alternative publicly pointed out this issue. The discussion was closed to the public, meaning that only those who got an invitation got to participate. After this document was harshly criticised by experts, the civil sector, local self-governments, the Parliament, the State Audit Institution, as well as the European Commission itself, the public got no feedback on incoming proposals, nor any information on the stage of preparation of this law. The European Commission’s opinion on this draft is not available to the public, just as their opinions were not available for any other draft in the law-making process so far. And while the ‘’gullible’’ thought that there is work ahead of us regarding this document in the making where any support is welcome, a few days ago an announcement of the vice president Vujica Lazović appeared in the newspapers, stating that the Government will be discussing the draft Law on PPP by the end of the year. A few years of being behind the schedule with finalising the draft, a complete silence since March, only for a last-minute rush for determining the draft law during the very last week of December.

After the deadline for the previous strategic framework for Public Procurement System Development has expired, the MF has formed a working group for developing a new strategy in June. In November, the interested public was invited to be included in a range of public consultation via social networks. The announcement was not published on the websites of the Public Procurement Administration and the MF. Furthermore, during these events the draft version of the strategy was not available to the public but could be found later on the website of the municipality of Berane, which leads us to ask what has been happening and in what way the interested parties could have contributed if they did not have access to the document that was being on the agenda. In addition, after these ‘’public consultations’’ the competent authority is not obliged to make any kind of report on subsequently received suggestions, given that this was not a discussion defined by the regulation.

Unlike the case of the Public Procurement Strategy, there were several public events organised regarding the central document for the Public Administration Reform. For now, there was no significant progress when it comes to the quality of this document. After the first ‘’round’’ of consultations, the Ministry of Interior included only ‘’likeable’’ proposals in the report without justifications as to why the other incoming suggestions have not been be accepted.

The NGO sector has been invited to present the Draft Programme of Accession of Montenegro to the European Union for the period 2016 – 2018 during the third week of December. When asked why the document has not been published before the presentation, the answer was that it was finalised just before presentation. When an open discussion needs to be avoided the precision of doing things at the very last minute comes in handy.

Finally, the most picturesque explanation of the essence of the problem and the progress directions has been given at the latest conference organised by the Centre for Development of Non-Governmental Organisations. When asked how could the representative of NGOs in the negotiation working groups contribute to the negotiation process regarding Chapters 23 and 24 if the Council for the Rule of Law sessions, that determine the direction for advancing the issue in these areas, are closed for public, vice president Duško Marković said: ‘’It is a political collegium at the ministry level, there is no room for NGO there’’. And there you have it: you cannot take part simply because you cannot take part. Full stop.